Tuesday’s gubernatorial election in New York had the lowest voter turnout in four decades, according to the New York Post. Only 3.7 million people cast votes in this year’s race, one-third of the 10.8 million eligible voters in the Empire State.

This is the lowest number since the Board of Elections began keeping track of voter turnout in the 1970s. Ironically the previous low point was in 1990, when 4.2 million voters elected Mario Cuomo, the current governor’s father, to the state’s top office over little-known challengers.

The numbers were particularly bad in New York City. The five boroughs made up only 27 percent of the state’s total voting tally, down from 30 percent four years ago.

There are manifold reasons for this. The most commonly cited one is that midterm elections naturally have a lower turnout. In other words, when it’s not a presidential election year, people have less incentive to go to the polls.

Negative campaign ads also decrease attendance at the polls, because the candidates control the conversation.

“People feel like they don’t have much of a say,” Blair Horner, director of the New York Public Interest Research Group, told CBS.

Newsday op-ed columnist Lane Filler proposed a more subtle rationale for low voter turnout: clustering. He defined this as what happens “when people who look, think, earn and spend alike live together in companionable, boring harmony.”

New York City’s cluster contingent is “hyper-liberal and Prius-y,” in Mr. Filler’s words. When they all blindly vote the same way, it lessens the importance of each vote.

Upstate Republicans stayed home, because they knew their local representatives would win. The same holds true for Democratic city dwellers, who knew that Gov. Andrew Cuomo and other urban Democrats would win.

For Mr. Filler, this is a lose-lose situation.

Take a lesson for 2015, New Yorkers: don’t cluster, otherwise you’ll cause a clusterfuck. 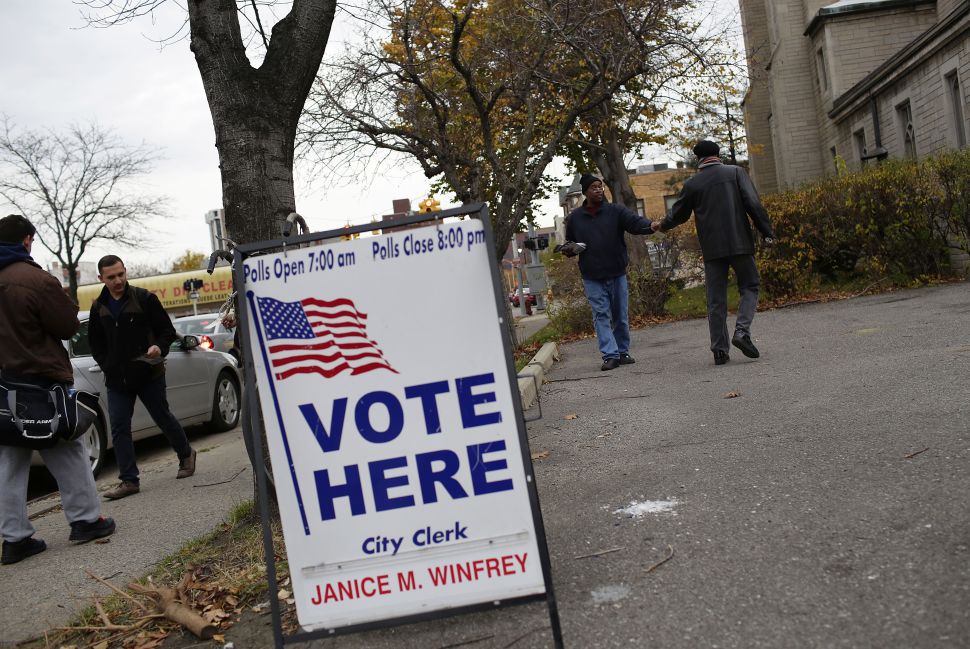