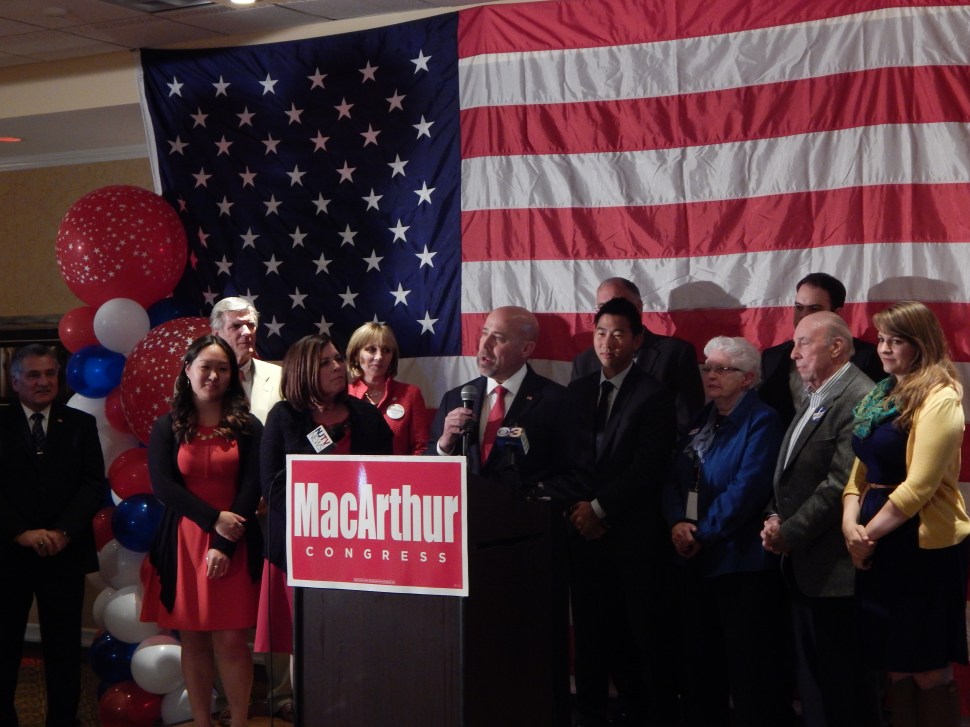 TOMS RIVER – Newly-minted U.S. Rep. Tom MacArthur (R-3) used his victory speech in Ocean County tonight not only to thank his supporters, but also to outline an expansive vision for the future of his own party.

He called the race against Democratic hopeful Aimee Belgard a “long journey” that he’s happy is over before turning to what Republicans — who came away with victories in House and Senate races across the country tonight — must do to “restore the future of America to the shining city on a hill that it once was,” as the candidate himself put it.

“The people have spoken. And it’s time for us to come together and get America working again,” MacArthur said to a crowd of Ocean County Republican here in the TR Hotel. “That’s been the whole sum and substance of my campaign. We need leaders in Washington. And yes, we need it from our president, but we also need it from our own party in Congress.

“This has been a successful night for Republicans across the country and that’s a good thing. But this is an opportunity to governor, not to gloat. It’s a moment for responsible action. And I think as I’ve talked to people in this campaign, Americans want direction. They don’t want the same thing that they’ve had for the past six years. Our party has to put results above rhetoric. We have to forget the petty, partisan gridlock in Washington and start governing with a purpose and a plan to more this country forward.

“It’s our part now to create a brighter, more prosperous future for all Americans, regardless of race, color, gender, creed. And as Republicans we have to build a big tent party that reaches out to people that are not currently in our ranks. It’s clear the we’re the party of ideas, and solutions, and that offers an optimistic, positive vision for the future — a vision that will restore the future of America to the shining city on a hill that we once were, and that I believe we can become again,” he concluded.

Tonight marks the end of a contentious contest between the two candidates, one that was pegged early on as a race-to-watch in the state. MacArthur ultimately pulled big numbers out of Ocean County, the district’s more conservative half, finishing with 58.47 percent of the vote.to Belgard’s 39.03 percent. 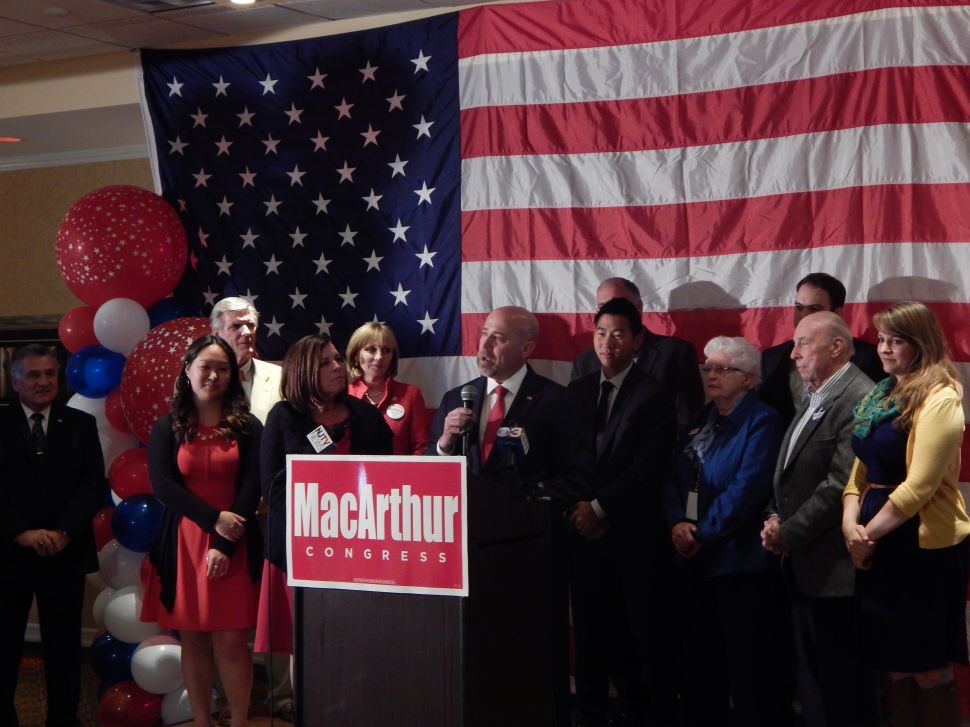