“Broad executive leadership on immigration reform will bring much needed relief to millions of immigrants,” Ms. Mark-Viverito wrote in a letter to the president. “By stopping deportations and allowing immigrants to work and pay taxes without fear you will be keeping families together, building communities and strengthening our economy.”

The letter follows Ms. Mark-Viverito’s previous calls for executive action on comprehensive immigration reform — most recently coming late last week when the mayor signed her legislation to end cooperation with the federal Immigration and Customs Enforcement agency over immigration detainers.

The speaker called for the “broadest possible expansion” of the Deferred Action for Childhood Arrivals programs — which stalls deportations for immigrants who arrived here as young children; relief for parents of U.S. citizens; reforms of ICE procedures, like what was undertaken here in New York; and relief for immigrants in the U.S. for more than 10 years.

It is apparent that Congress will not act on comprehensive immigration reform. This failure has had tragic consequences across the nation and particularly in New York City.  Families, the very fabric of our community, have been needlessly torn apart, children are suffering and we’ve lost our moral compass.

In New York City we’ve taken desperate legislative and policy measures to blunt the harsh impact of congressional inaction, but local action has limited reach.  I therefore respectfully urge you to take broad Executive Action to provide desperately needed relief for our country’s immigrants and I urge you to do so now.

It is imperative that that your Executive Action include, at a minimum, the following:

2.             Relief for as many parents of U.S. citizen, Permanent Resident and DACA eligible children as possible.

3.            Reform of Secure Communities and ICE enforcement procedures so that only those undocumented immigrants that pose a real threat to public safety are targeted.

There is also an urgent need to address the influx of unaccompanied minors at our southern border. These children come here to escape unspeakable violence and abuse in their home countries. Yet they are greeted with by the U.S. with detention and expedited deportation. I respectfully urge you to end this program.

Broad executive leadership on immigration reform will bring much needed relief to millions of immigrants. By stopping deportations and allowing immigrants to work and pay taxes without fear you will be keeping families together, building communities and strengthening our economy.

This Executive Action is essential because Congressional Republicans have refused to act. Under Speaker Boehner’s leadership, the U.S. House of Representatives has had four years to introduce a bill, but instead of working constructively to fix our immigration laws, House Republicans led by the Tea Party have endlessly fear-mongered and blocked any and all realistic chances at reform. Now, with the possibility of finally taking action to break the deadlock and begin to fix of our immigration laws, some in the House have incredibly suggested impeachment as a viable option. Simply put, House Republicans have no desire to see immigration reform happen and their only goal is to impede Presidential action.

I urge you to take action now and I stand ready to use all the tools at my disposal to defend your action. 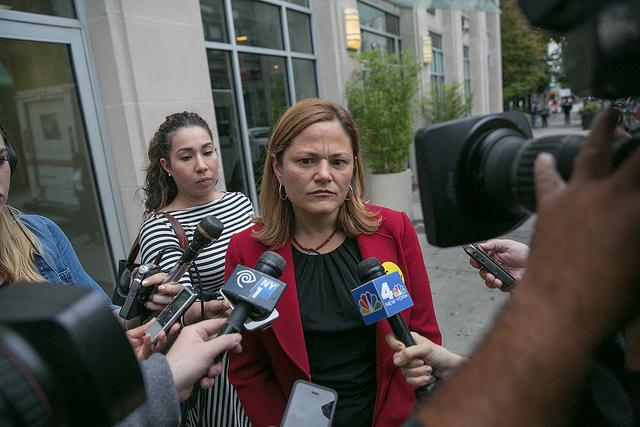