“The best way to ensure your readers won’t choose to share a story or a post is to trick them,” BuzzFeed editor in chief Ben Smith wrote yesterday in a post that explained why BuzzFeed doesn’t rely of Clickbait. So you have no one to blame for sharing all of those quizzes on Facebook but yourself, really. (BuzzFeed)

Speaking of the way we share stories online, Reuters.com is ending comments on its news stories because “much of the well-informed and articulate discussion around news, as well as criticism or praise for stories, has moved to social media and online forums.” (Reuters)

If you managed to avoid the thoughts cataloged on Thought Catalog about the reasons that Thought Catalog is better than The Washington Post (no matter what Tim Herrera wrote in his “slanderous and, frankly, rude piece“), well, that’s impressive. You know what else is impressive? The fact that someone could write this sentence and mean it as a positive: “Thought Catalog is the only media outlet in the business that sets out explicitly to catalog all thoughts, not just the ones that are completely thought out or morally sound,”  (Thought Catalog)

“I guess the Automobiles section is to the Times as an automobile is to most New Yorkers—you don’t need it, though it’s fun to have one around (at least long as you have advertisers!),” David Shapiro writes, in a Q&A with Jim Cobb, who has edited section since it launched in 1994. Last week, it was announced that the Times’ Auto section will go the way of the Times’ Chess Column. (The Awl)

Matt Taibbi’s has a big story in Rolling Stone. If things had worked out differently over at First Look, it would have launched Racket. (Twitter) 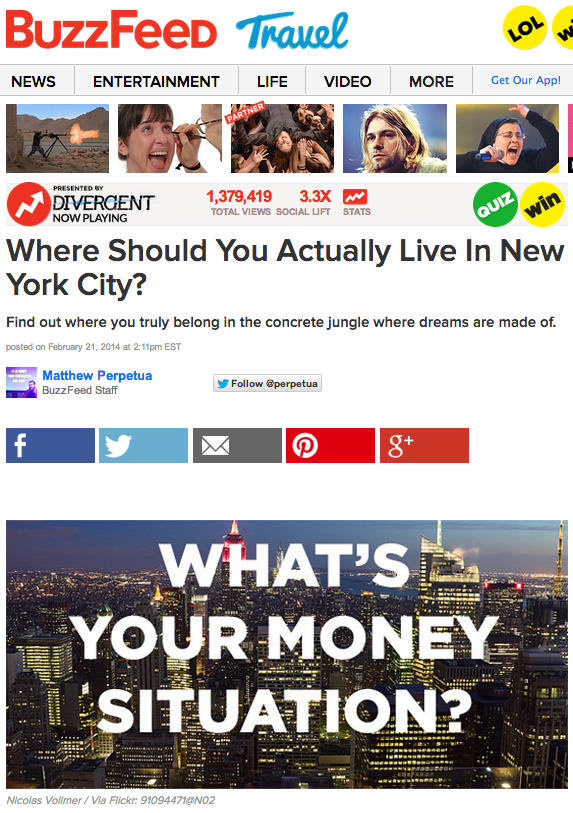