Mike Huckabee, the former Arkansas Governor, candidate for the Republican nomination for President in 2008 and current television host on Fox, is beginning to look more seriously at another bid for the presidency in 2016, according to The Washington Post. The article points out that “Huckabee maintains a connection with many conservative voters and regularly polls along with former Florida governor Jeb Bush and Sen. Rand Paul (Ky.) at or near the top of a potential Republican field.”

Huckabee, who won the Iowa Caucus in 2008. could be a strong candidate in 2016. He is a very good communicator with strong ties to evangelical voters, an important part of the Republican primary electorate. Mr. Huckabee also has the valuable skill of expressing very conservative positions without seeming mean. Just as liberals need to be able to sound tough on crime and military issues, conservatives benefit from being able to sound nice. There is, of course, a big difference between exploring a presidential bid and building a strong campaign organization, something Mr. Huckabee did not do particularly well in 2008. Perhaps, he has learned from that experience.

The 2016 Republican presidential field will grow bigger before it gets smaller. Numerous possible candidates will float their names over the next six months or so, but not all of them will ultimately run. Nonetheless, because the Republicans think their party can win after eight years of Barack Obama, and because there is no obvious frontrunner for the nomination, there could be a crowded field of candidates. Presidential primaries are defined by the field because the dynamics between the different candidates have a tremendous impact on who the nominee is.

Though only one person will be the Republican nominee in 2016, there will likely be three separate primaries. More accurately, each of the party’s major factions will be represented in the primaries and, at least initially, the competition within those factions, including questions of who will or won’t run, will be the most intense. The big winner in this regard will be Rand Paul. The Senator from Kentucky hopes to represent the party’s Libertarian wing. Nobody will compete with Paul to represent the younger, more socially liberal and anti-interventionist wing of the party. Paul may not end up being the Republican nominee in 2016, but he is probably the best bet today to be one of the last three candidates standing.

Mitt Romney and Jeb Bush have been both been mentioned as possible candidates for 2016. At least initially, they will be competing with each other to represent the establishment, business and slightly more moderate wing of the Republican Party. Chris Christie, could be in the mix here as well. If only one of these three candidates run or quickly emerges as the strongest candidate of the three, that candidate will also be in a good position. If, however, more than one of them runs, they will divide their limited piece of the Republican primary electorate.

Mike Huckabee’s potential candidacy could influence the third Republican faction–social conservatives. These voters do not share the Libertarian tolerance of Mr. Paul’s voters, nor are they business-oriented Republicans like those who will form the base of support for Mr. Romney or Mr. Bush. Rather, these voters are social conservatives who, while generally deeply disdainful of big government, often have critical views of big business as well. Mr. Huckabee will be competing directly with the likes of Ted Cruz, Marco Rubio and possibly Rick Perry or Bobby Jindal.

It’s possible that several candidates from the social conservative wing of the party will remain in the race well into the primary season, dividing that vote, and leaving an easier path to the nomination for both Mr. Paul and whoever emerges as the candidate of the establishment wing of the party. Like most open primaries, the 2016 Republican race will be a long and unpredictable campaign that will include an implicit argument about the future of the party. Should Huckabee run, his voice will be part of that argument, but it could end up helping his side lose. 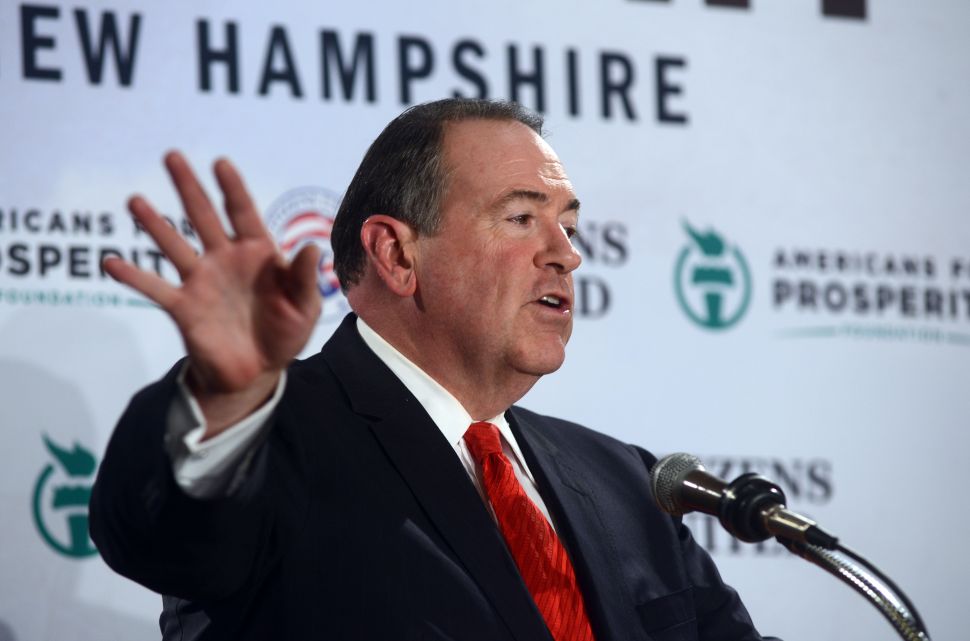