At a parks planning forum at Pratt Wednesday evening, Parks Commissioner Mitchell Silver touched on the question of  wealthy parks conservancies contributing funds to poorer parks, but remained vague on the details of what such a redistribution plan should look like or how it would come to pass.

“In terms of conservancies, all options are on the table. The conversation is ongoing,” Mr. Silver said, praising conservancies for the work that many of them were already doing for less fortunate parks, for example, the Central Park Conservancy’s Five Borough Crew, which offers mentoring and assistance to parks around the city. “Equity is something we have to address.”

Without providing any further details on what a deal with conservancies would look like, he promised that there would be “an announcement very soon.”

Mayor Bill de Blasio’s recently-announced parks plan calls for investing $130 million in 35 small neighborhood parks, which would be paid with public funds, though the city has said that it expects “wealthy” parks conservancies like Central, Prospect and Bryant to contribute additional funds for maintenance and operations.

The move that has been criticized as something of a cheap shot at Bloomberg’s parks legacy given that $80 million of those funds were to come from money set aside by former mayor Michael Bloomberg for that purpose. Meanwhile, support for forced redistribution has dimmed, even as broad support for a more equitable parks system has remained strong.

And with enthusiasm for a compulsory parks conservancies tithe diminished, the mayor has also backed away from talk of mandatory contributions, to the chagrin of supporters like State Sen. Daniel Squadron.

Mr. Silver has maintained that it is “fair” to ask conservancies for funds, however, at the Pratt event, he also said that he believes public private partnerships, such as in Brooklyn Bridge Park, and increased tax dollars should also be “on the table.”

As for other forms of parks equity, when the moderator asked Mr. Silver when New York would hit the PlaNYC goal of  every New Yorker living within a 10 minute walk of a park, the commissioner, perhaps somewhat put off by the evocation of a Bloomberg-era initiative, said that he “hasn’t done the math.”

“To get to 100 percent we’d have to start converting a lot of spaces to parks,” he added.

The parks commissioner also touched on extending the pool and beach season—the department is considering it—finding ways to draw more people to parks during the winter months and the Queensway: “we’re still evaluating it; it’s an elegant design.”

Nor was the discussion of parks equity limited to financial matters. After the event, as Pratt students past and present rushed the stage to press Mr. Silver’s hand (he graduated from the school with an architecture degree in 1987), one woman, who identified herself her a descendent of Elizabeth Cady Stanton, told Mr. Silver that she was a parks equity advocate—gender equity, that is. “Do you know that there’s not one statue in Central Park of a real woman?” she asked the commissioner. (Indeed, the statues of women are all fictional characters, and those created by men at that.) “It’s a real old boy’s club,” she huffed.

Correction: a previous version of this story stated that parks conservancies would be expected to kick in a chunk of the $130 million in funding slated to go to the 35 community parks. This was incorrect—the $130 million is to come entirely from public funding; parks conservancies will be expected to contribute additional funds for maintenance, operations and programming. The Observer regrets the error. 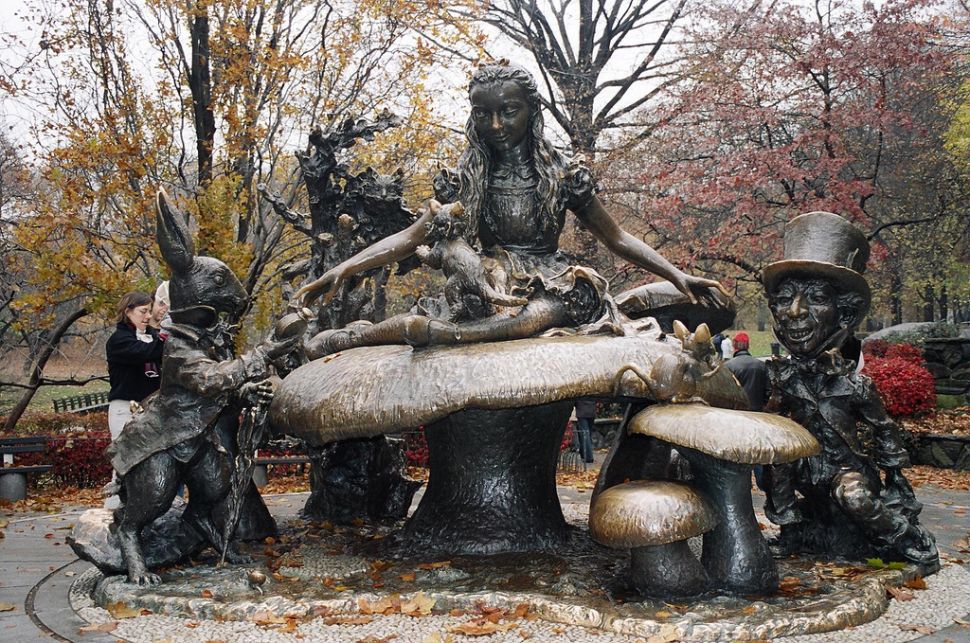