As a wave—really a tsunami—of baby boomers retire and age, the nation faces an unprecedented shortage of nearly 1 million nurses by 2030, warns the American Journal of Medical Quality. New York State alone will face a gap of nearly 40,000 nurses.

Despite this glaring need, nursing programs are rejecting qualified applicants in record numbers, because of an acute lack of faculty.

“These students meet admissions criteria but schools cannot take them because they do not have the capacity to accommodate them,” says Lusine Poghosyan, assistant professor at the Columbia University School of Nursing. “We do not have the faculty.”

More than 78,000 qualified applicants for baccalaureate and graduate nursing programs were turned away from nursing schools in the United States last year—primarily due to staffing issues, found the American Association of Colleges of Nursing (A.A.C.N.). The organization identified a total of 1,358 faculty vacancies—the vast majority of which required or preferred a doctoral degree. But transitioning nurses from the hospital to the classroom proves a constant struggle.

“Many nurses don’t find faculty jobs attractive,” says Ms. Poghosyan. “They are already making a good amount of money working in a hospital in a clinical setting, and they’d be giving up those opportunities to become a student for another four or five years, and then academic salaries are not comparable to salaries in clinical settings.”

While the average nurse in New York City earns a yearly salary of $92,000, according to job-seeking site Indeed.com, nursing salaries at area colleges start around $68,000. Since the majority of these positions require advanced degrees at an additional cost of at least $40,000, becoming a nursing faculty member often requires taking on significant debt for lower pay. And there is no shortage of well-paid, traditional nursing jobs. According to the Bureau of Labor Statistics, nursing is among the fastest-growing occupations in terms of job growth through 2022.

Within six months of graduation, 87 percent of four-year nursing graduates and 90 percent of masters graduates in 2013 had job offers, reports the National Association of Colleges and Employers. Because of the high employment rate, nurses tend to obtain Ph.D.’s often needed for teaching later in life than those in other professions.

A 2012 study conducted by The RN Work Project found that within three years of receiving a license, only 6.7 percent of nurses earned a master’s or doctoral degree.

Christine Kovner, a professor of Geriatric Nursing at New York University, is a principal investigator for the project and studies the career trajectories of newly licensed registered nurses.

“What happens is that nurses tend to get their Ph.D.’s later,” she says. “Nurses are about 45 before they get their Ph.D.’s so they have a shorter work life. What we’re trying to do in nursing is get more young people to decide to get a Ph.D.”

And that significant investment of time and money can frighten students already burdened with undergraduate debt.

Conditions, however, may be improving. The Health Resources and Services Administration offers several loan repayment and scholarship programs to help students cover the costs of their nursing education. Some nursing schools are offering prospective faculty increased scholarships and there’s recognition in academia that salaries for prospective nursing professors must increase. 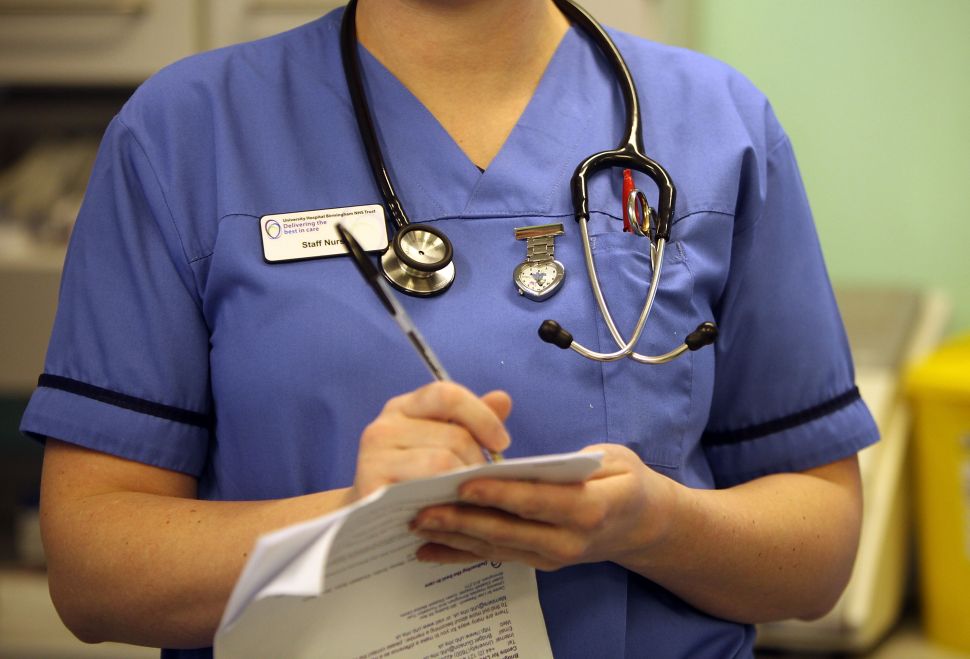