ATLANTIC CITY – There was enough blame to go around. Sounding a more aggressive tone following a second closed-door summit aimed at addressing ongoing difficulties facing the seaside gambling town, Gov. Chris Christie today found himself criticizing what he called a “history of weak-kneed decision making” that has led to the down-spiraling of Atlantic City’s economic situation. (Brush/PolitickerNJ)

Former Rep. Marge Roukema has died at 85. The longest-serving woman in Congress when she announced her retirement in 2002 after 11 terms (from 1981 to 2003), Ms. Roukema died at Christian Health Care Center in Wyckoff, according to a report today in The Bergen Record. (Pizarro/PolitickerNJ)

Former Rep. Marge Roukema, a moderate Republican who supported abortion rights, voted for a 1994 ban on assault weapons, and pushed for 12 weeks of family leave for workers, died of complications from Alzheimer’s disease Wednesday at Christian Health Care Center in Wyckoff. She was 85. (Jackson/The Bergen Record)

Aide: Chris Christie not resigning to run for president


Chris Christie has made clear to donors and potential supporters that he will not leave his job as New Jersey governor if he runs for president in 2016. (Haberman, White/Politico)

In New Jersey, a moral drama is unfolding. Governor Chris Christie has presidential ambitions. He’d like to be as popular as possible with Republicans voters in important primary states like New Hampshire, Iowa, and South Carolina. He’d also like to do the right thing—or at least be seen as doing the right thing—when a piece of legislation crosses his desk, demanding a signature or veto. (Friedersdorf/The Atlantic)

“The egos have to leave the room.” Gov. Chris Christie tried to make it clear that the time for talk was over and that it was time to start coming up with solutions for a city quite literally on the brink. In the two months since the governor convened his first Atlantic City summit, the city has seen another casino close, another get more wobbly and the airport lose its one major carrier. Time, says the governor, is running out. (Cruz/NJTV)

Lesniak to Christie on N.J. pig bill: ‘Prove me wrong’

TRENTON — The closest most New Jerseyans come to experiencing a hog farm is eating a pork roll, but pigs are presenting a political pickle for Gov. Chris Christie. (Friedman/NJ Advance Media for NJ.com)

Vice President Joe Biden will join Sen. Elizabeth Warren and other leading progressives in addressing a closed-door gathering of elite liberal donors — a roster of speakers that notably doesn’t include Hillary Clinton. (Vogel/Politico)

It was late October, and notices were flying that Jeb Bush’s lean, handsome son would be at The Prospector’s Grill & Saloon in College Station, Texas, to do some last-minute campaigning for his first political run. The social-media alerts had also been blasting the news that the Mike Ryan band was going to be playing, probably ready to uncork one of its signature songs: “Wasting No More Whiskey.” For now, sitting on his campaign tour bus, George P. Bush stared at ABC’s Jonathan Karl and listened to how the conversation was swinging pretty far away from what George P. planned to do in case he won the election for Texas land commissioner. (Minutaglio/Politico)

Jim Webb, the former senator from Virginia, is running for president. At least he appeared to confirm as much this week, retweeting a link to a New Yorker article about several Democrats who hope to derail the Hillary Clinton juggernaut. “I do believe that I have the leadership and the experience and the sense of history and the kinds of ideas where I could lead this country,” Webb declared to the magazine. “We’re just going to go out and put things on the table in the next four or five months and see if people support us. And if it looks viable, then we’ll do it.” (Tracey/The Week) 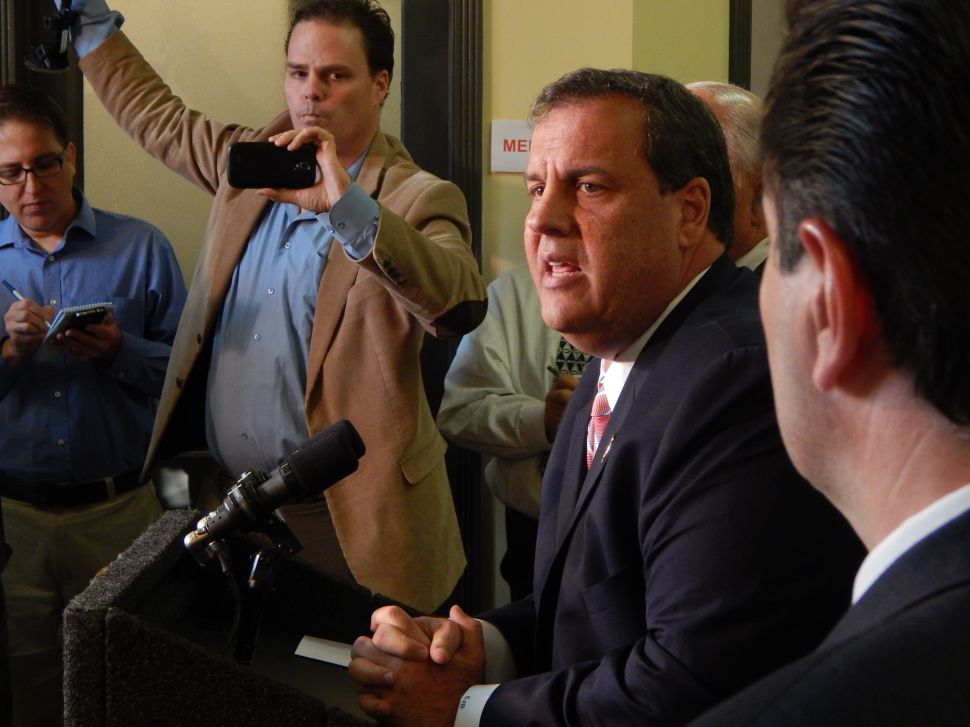