ELIZABETH – There is an excruciating war going on here with long-term political consequences under the deadpan reality of a less than competitive contest at the top-of-the-ticket. (Pizarro/PolitickerNJ)

MONTCLAIR – One prominent North Jersey politician noted that in the critical Bergen County races to be decided on Tuesday, one Democrat’s strong campaign effort could help a fellow party member win. (Bonamo/PolitickerNJ)

TOMS RIVER/WILLINGBORO – For the candidates of South Jersey’s third congressional district, these last few days leading up to Nov. 4th are all about one, four letter acronym: GOTV. (Brush/PolitickerNJ)

TEANECK – It was a surreal moment on Sunday in Teaneck, reflecting the hocus-pocus of politics, less than 48 hours before Election Day. (Bonamo/PolitickerNJ)

BERGEN COUNTY – Many statewide eyes will be focused on Bergen County this Tuesday, when multiple important races will be decided in what is seen as the bellwether county in New Jersey politics. (Bonamo/PolitickerNJ)

BOGOTA — The candidates running for mayor and council in Tuesday’s general election believe voters will decide what future headlines say about their borough. In recent interviews, the two candidates running for mayor said residents’ votes could cast Bogota as a community in an unending cycle of discord and paralysis among officials, or as a town with leaders realizing its potential as an affordable, working- and middle-class hamlet in Bergen County. (Morrison/The Bergen Record)

WASHINGTON  — He is not on the ballot, but President Barack Obama was the focus in a final-weekend clash between candidates and party leaders, as an increasingly confident Republican Party eyes control of Congress two days before Election Day. (Peoples/Associated Press)

The battle over an Election Day ballot question that could provide continuous funding for New Jersey’s depleted open space program has heated up with a last-minute blitz of advertisements from supporters and opponents. (Fallon/The Bergen Record)

Women are the target on campaign’s final weekend

WASHINGTON  — Their grip on the Senate majority slipping, anxious Democrats aggressively courted female voters Saturday on the final weekend of a midterm campaign that will decide the balance of power in Congress and statehouses during President Barack Obama’s final years in office. (Peoples/Associated Press)

In stumping for GOP, Christie helps himself, too

As Governor Christie makes his final push for Republican gubernatorial candidates ahead of Tuesday’s election, he plans to visit several states with tight races and a few others where he may stand to gain more than those he’s out supporting. (Hayes/The Bergen Record)

Chris Christie and Kaci Hickox get the ‘SNL’ treatment

A nurse who was forcibly isolated after returning from treating Ebola patients in Sierra Leone, despite not showing any symptoms, said Sunday that a state-mandated quarantine ordered by Gov. Chris Christie of New Jersey was the result of “an abundance of politics.” (Feeney/Time)

A common misconception among people outside of the criminal justice system is that criminals are often out on the street faster than law enforcement can arrest them. But, while that may be the case in some instances, the large majority of small-time, non-violent offenders languish in incarceration for a surprisingly long time. (Cruz/NJTV)

New Jersey Gov. Chris Christie isn’t running for re-election this fall, but his role atop the Republican Governors Association has made him more visible on the campaign trail than most other potential 2016 GOP presidential aspirants. (Haddon/The Wall Street Journal)

2014’s states with the most and least powerful voters

In case you missed the memo that Nov. 4 is midterm election day in the Land of Liberty, let this serve as a last-minute reminder: Tomorrow, you will decide who calls the shots in government — and on your wallet. (Bernardo/Wallet Hub)

More NJ school districts voting in November, but campaigns take a backseat on the ballot

TRENTON — When West Orange voters go to the polls on Tuesday, the ballot will be crowded. (Sherman/The Star-Ledger)

The Record: Tedesco for county executive

THIS IS a transformative time. During the next four years, the American Dream entertainment complex will open. Casino gambling may be extended into the Meadowlands. Congested roads and limited mass transit will continue to frustrate commuters. Bergen County residents need a leader who offers a vision for the future. That leader is James Tedesco. (The Bergen Record)

Stile: Christie-Cuomo show of unity has its limits, as Ebola response shows

The political bond between Governor Christie, a Republican, and New York Gov. Andrew Cuomo, a Democrat, remains one of the rare examples of bipartisan cooperation from the past five years. (Stile/The Bergen Record)

TRENTON — What the eck was Alieta Eck talking about? (The Auditor/NJ Advance Media for NJ.com) 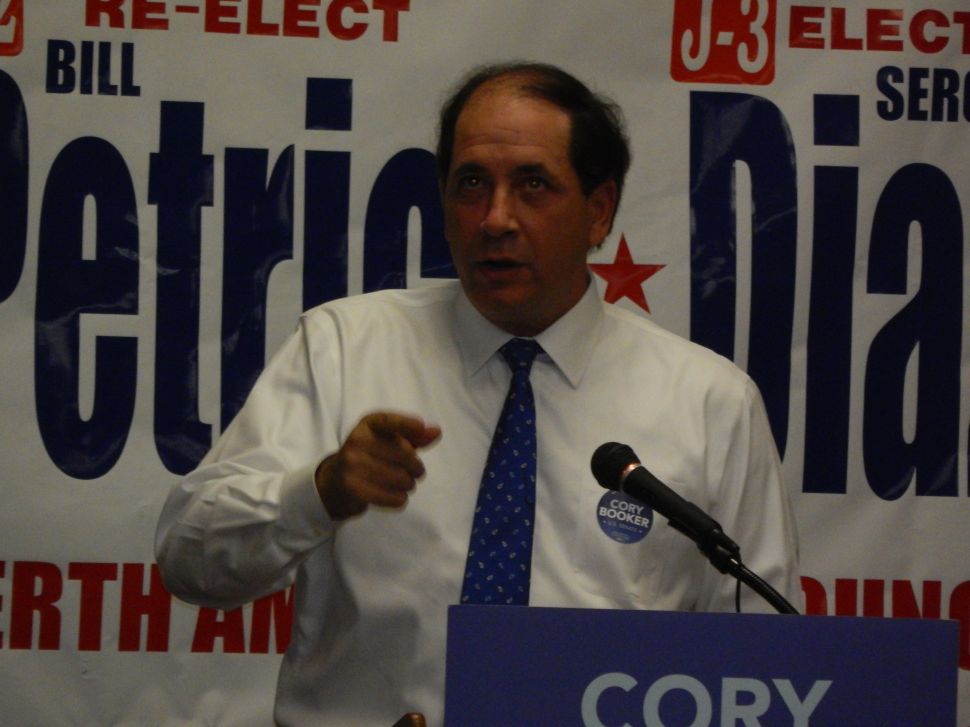