NORTH BERGEN – It seems a cruel twist of irony that the dateline is “North Bergen,” given the cement-mixed brand name state Senator Brian P. Stack forged in his hometown of neighboring Union City, where hordes of Stack’s followers jumped into cars, SUVs and buses and barged over the municipal line into Schuetzen Park for this annual Stack-fest. (Pizarro/PolitickerNJ)

Yesterday’s passage of A2270, the “Aid in Dying for the Terminally Ill Act”, a bill that allows terminally ill patients to end their lives by obtaining and self-administering lethal doses of medication from a doctor, was the highlight of an otherwise predictable Assembly session, according to most insiders and observers. (Brush/PolitickerNJ)

Webber strikes back at Ciattarelli: ‘Kind of sick’

One Republican assemblyman is speaking out against a fellow caucus member for his support for and defense of a controversial aid in dying bill that passed narrowly through General Assembly earlier this week. (Brush/PolitickerNJ)

Blowing up published reports about his possible near-future landing in a judgeship, Assemblyman Reed Gusciora (D-15) today said he plans to announce his reelection bid on Tuesday, November 18 at his annual campaign celebration, “Triumph in November,” at Triumph Brewing Company in Princeton. (Pizarro/PolitickerNJ)

NEWARK – The rumor around Newark City Hall after former Mayor Cory Booker ascended to the U.S. Senate last year was that Clement Price, the esteemed Rutgers-Newark history professor, would be named interim mayor of New Jersey’s largest city. While that reported possibility never came to pass, the sad fact of Price’s death last week, and the responding powerful, positive affirmation of his life by Newarkers from all walks of life, showed that Price had something most politicians can only dream of: the true love of the people. (Bonamo/PolitickerNJ)

Fellow Republican Walker says Christie does not have ‘Midwestern filter’

Rep. Albio Sires had a simple message for fellow Democrats Donald Norcross and Bonnie Watson Coleman, who got their first official training last week for the House seats representing New Jersey they were elected to fill Nov. 4. (Jackson/The Bergen Record)

PATERSON – Mayor Jose “Joey” Torres raised more than $217,000 to pay for the inaugural ball he held at The Brownstone in July, according to campaign finance reports filed this week. (Malinconico/The Paterson Press)

ATLANTIC CITY – Gov. Chris Christie has a gambling problem — one that will stretch far beyond this resort city if he runs for president next year. (Jordan/Gannett)

MORRISTOWN — The Parisppany Township Council has filed a lawsuit against Mayor James Barberio, claiming he has authorized “illegal” use of township funds. (Horowitz/NJ Advance Media for NJ.com)

Been there, done AC. Now it’s time to move on. That’s the message from the Atlantic City Alliance, the group created to promote the struggling seaside resort to other parts of the country. (Parry/Associated Press)

William Howard Taft, the heaviest president in history, grew so tired of being ridiculed about his weight that he told his physician to put him on a diet, noting that “no real gentleman weighs more than 300 pounds.” (Layton/Hayes/The Bergen Record)

Ingle: AC mayor has the right vision for recovery

TRENTON — The state threw another summit on how to save Atlantic City. A lot of it sounded like same song, second verse. (Ingle/Gannett)

Be mindful of big picture

“We’ve got to stop the bleeding,” Gov. Chris Christie declared after this week’s summit aimed at staving off the financial ruin of Atlantic City. The next day, an advisory commission on gaming released a report offering several recommendations, most of which were directed at trying to keep the city from going bankrupt. (Gannett)

The law firm of Genova Burns Giantomasi Webster is undergoing some significant changes, according to partner Angelo Genova (pictured). (Pizarro/PolitickerNJ) 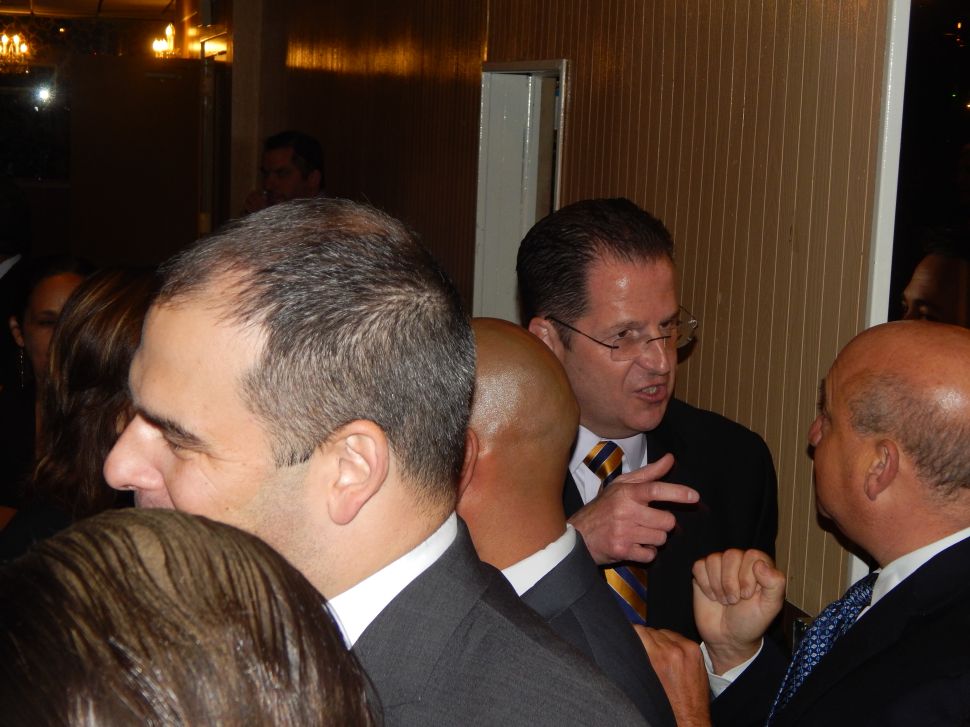