Welcome to PolitickerNJ’s 2014 Power List, another excursion into that raucous political universe tapped like a barrel at both ends, in the words of Ben Franklin, who would have likely shuddered at the invocation of his name in the context of this decidedly New Jersey enterprise. (Pizarro/PolitickerNJ)

Greenwald muses over his own gubernatorial run at One Atlantic

ATLANTIC CITY – There are others in the line-up for governor in 2017 — many more widely discussed among political circles in New Jersey, and especially this week — but the host of one of this year’s earliest kick-off cocktail parties for the League of Municipalities didn’t hesitate to throw another name into the ring. (Brush/PolitickerNJ)

Holt to join American Association for the Advancement of Science

Retiring U.S. Rep. Rush Holt (D-12) announced today that he will join the world’s largest general scientific organization, the American Association for the Advancement of Science (AAAS), as chief executive officer and executive publisher of the Science family of journals following the end of his eighth term in Congress. (Brush/PolitickerNJ)

ATLANTIC CITY – Through the half-light of the Ri Ra bar at a Tuesday afternoon New Jersey League of Municipalities Conference event, a verbal bullet hit a sensitive political target seconds after the party’s start. (Bonamo/PolitickerNJ)

BAYONNE – U.S. Sen. Robert Menendez (D-NJ) surveyed the national political landscape in the aftermath of the Democrats’ drubbing in the elections earlier this month, then surmised what the Democrats need to stage a comeback. (Bonamo/PolitickerNJ)

Bramnick rallies the GOP in AC

ATLANTIC CITY – Refusing to be outshone by the three-ring circus on the Democratic side of the city, Assembly Minority Leader Jon Bramnick (R-21) put together a function at the Borgata that not only drew his chief rival for the GOP nomination for governor in 2017, but beloved former Gov. Brendan Byrne. (Pizarro/PolitickerNJ)

ATLANTIC CITY – A year ago it was Steve Sweeney versus Steven Fulop down here at the annual League of Municipalities Conference, but now a third wrestler has entered the statewide ring, and this one arrives with his very own rock star to combat the favorite line thrown out there by his competitors: that’s he’s another Jon Corzine. (Pizarro/PolitickerNJ)

“I want to thank you for naming me number seven on the power list that included elected officials. I plan to work my way up to an even lower number during the next year. So be prepared!” said Senate Majority Leader Loretta Weinberg. (Weinberg/for PolitickerNJ)

The way he sees it, John Wisniewski’s quixotic effort to fix New Jersey’s broken transportation system comes down to three big “ifs.” If state leaders can raise gas tax revenues by $1.25 billion a year, and if they spend that money on only the most important projects, and if they resist temptation to borrow too much, then New Jersey can meet its transportation needs for decades to come. (Maag, Boburg/The Bergen Record)

The package, introduced in September, is moving quickly through the legislature, said Senator Joseph Vitale, who held a roundtable hearing on the bills at Kean University in Union on Tuesday. (Alex/The Bergen Record)

WASHINGTON (AP) — Democrats re-elected Rep. Nancy Pelosi to another two-year term as House minority leader on Tuesday, two weeks after elections in which the party lost at least a dozen seats in the chamber. (Fram/The Associated Press)

DAVENPORT, Iowa — New Jersey Gov. Chris Christie’s brash, say-it-like-it-is persona has made him a political celebrity. But as he relinquishes his position as chairman of the Republican Governors Association this week, Christie shifts from advocate for others to salesman for himself as a potential 2016 presidential candidate. (The Associated Press)

No one really wants to run the Republican Governors Association

Republican governors gathered at an opulent Florida resort this week to celebrate their victories in the midterm elections are finding the party tempered by an unusual challenge: no one really wants to run their campaign arm. (Miller/Time)

(Reuters) – As attention turns to the 2016 presidential race, Republicans are taking a closer look at three governors from politically diverse states whose success in midterm elections this month bolstered their White House prospects. (Debenedetti)

One of the leaders of a new Islamic political party promising to be a “game-changing force” in the 2016 elections was arrested and jailed by former U.S. Attorney Chris Christie, who happens to be a GOP frontrunner in the 2016 race for the White House. (WND)

TRENTON — Armed guards and security officers with metal detector wands will be stationed inside a Camden office building following the violent attack Monday on a child welfare caseworker by a client she had been supervising, a top union official said today. (Livio/NJ Media Advance for NJ.com)

WASHINGTON — U.S. Rep. Frank Pallone is trying to use his seniority in the U.S. House of Representatives to become the top Democrat on the powerful House Energy and Commerce Committee. (Salant/NJ Media Advance for NJ.com)

Jersey Journal columnist Agustin C. Torres is among the most powerful players in the world of New Jersey politics, according to PolitickerNJ’s Power List 2014. (The Jersey Journal)

A relative of John and Joyce Sheridan spoke out Tuesday, claiming Joyce was stabbed at least eight times in an attack described as “savage and done with rage.” (Shelby/Courier-Post)

WASHINGTON — Two weeks after winning re-election with nearly 56 percent of the vote and six years from his next election, U.S. Sen. Cory Booker is back on the fundraising circuit. (Salant/NJ Media Advance for NJ.com) 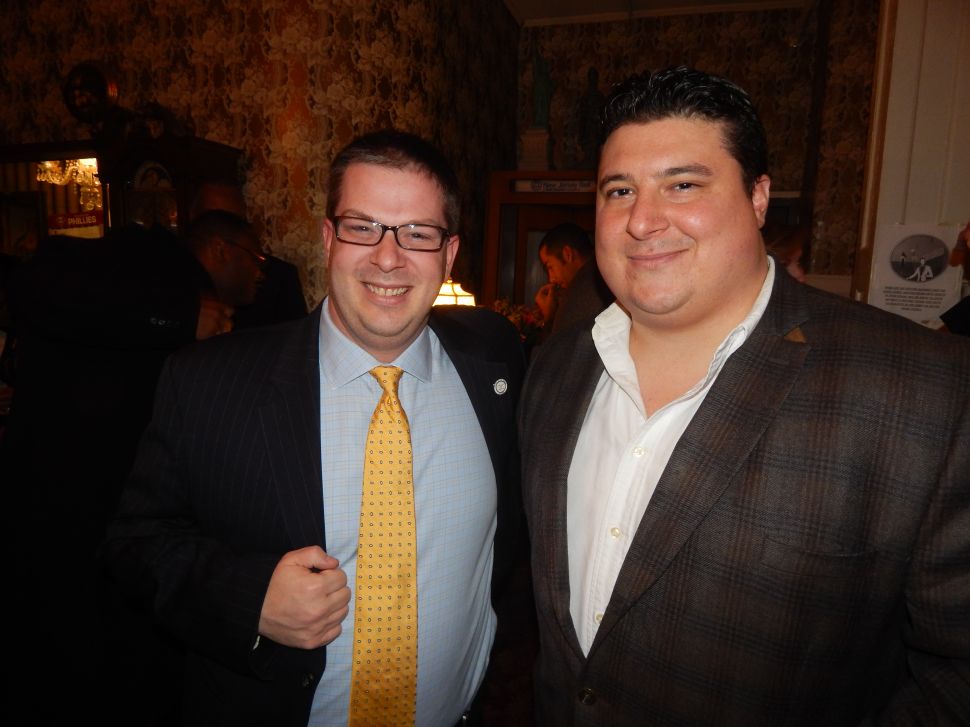