ATLANTIC CITY — Up three floors at the Borgata, at the end of the hall in a plush suite overlooking the skyline of this sprawling seaside city, Lou Stellato stood in front of a full length mirror, meticulously fixing a blue tie. Occasionally he’d stop to think deeply on a question, posed by these two reporters, or grab something from the bedroom. He was multitasking, as it were — no new thing for him — having graciously agreed to give the press a half hour of time he probably didn’t have. Soon after, he would descend downstairs, an aide or two at his side, to a ballroom on the ground floor where Bergen County Democrats were toasting their newly-minted county executive, Jim Tedesco. (Brush, Bonamo/PolitickerNJ)

ATLANTIC CITY – The New Jersey League of Municipalities conference is known for its semi-staid cocktail parties. It can also be known for a good time. Newark Mayor Ras Baraka’s Wednesday night party, held at Dusk inside of Caesars, was on ’til the break of dawn. (Bonamo/PolitickerNJ)

Washington (CNN) — My fellow Americans, tonight, I’d like to talk with you about immigration. For more than 200 years, our tradition of welcoming immigrants from around the world has given us a tremendous advantage over other nations. It’s kept us youthful, dynamic, and entrepreneurial. It has shaped our character as a people with limitless possibilities — people not trapped by our past, but able to remake ourselves as we choose.

New Jersey Governor Chris Christie criticized President Obama for the executive order he’ll announce Thursday evening, saying “I don’t think what he’s doing tonight, the method by which he’s doing it helps to build a trustful relationship,” presumably referring to the President’s interactions with Republicans in Congress. Christie, who is attending the Republican Governors Association annual meeting, said “Bipartisanship is not one of the priorities he [President Obama] wants to set.” (Chaggaris/CBS)

Washington (CNN) — Opponents of President Barack Obama’s plan, which makes sweeping changes to the nation’s immigration system by use of executive order, focused their criticism on the legal case, saying Obama has overstepped the boundaries of his authority and is ignoring the will of the people. (Brander, Rosche/CNN)

On immigration, a tale of two presidents

Washington (CNN) — When George W. Bush couldn’t get an immigration overhaul though the Senate, he gave up. When Barack Obama couldn’t get a bill through the House, he changed the rules. (Collinson/CNN)

Paying for the nearly empty Transportation Trust Fund to repair roads and bridges was at issue today. Lawmakers were calling for giving local governments a bigger share of the diminishing pie. The Assembly Transportation Committee field-tested ideas on how to save it. And where to spend it. NJTV News Chief Political Correspondent Michael Aron was there and discussed the hearing with Anchor Mary Alice Williams. (Aron/NJTV)

TRENTON, N.J. (AP) — A federal judge is expected to rule on whether sports betting can begin in New Jersey in defiance of the federal government and the nation’s biggest sports leagues.

Governor Christie lashed out at President Obama on Thursday, hours before the president unveiled his sweeping executive order that shields 5 million undocumented immigrants from deportation. But the governor got even angrier when he was asked for his own plan to overhaul the nation’s immigration laws. (Stile/The Bergen Record)

President Obama on Thursday announced his much-anticipated executive action on immigration, and in doing so he lobbed a grenade squarely into the 2016 Republican primary race. (Terbush/The Week) 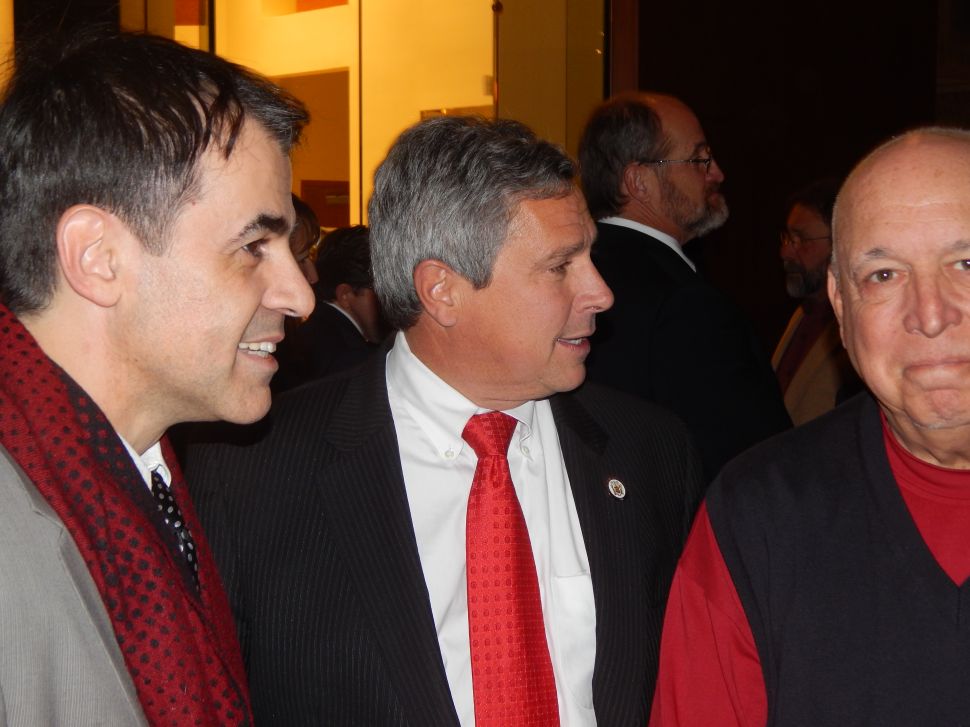