In an era when so many townhouses submit every inch of their venerable old frames to rather radical modifications—emerging with hollowed-out interiors done up in white paint, sleek lines and rigorously modern design accents—192 Columbia Heights is something of an iconoclast, its bearing more Barbara Bush than social X-ray. A grand dame of a brownstone at 25 feet wide, wearing chandeliers and wallpaper, with an ample walnut and cherry staircase covered in footstep-muffling royal blue carpet running up five-and-a-half floors, the townhouse seems immune to passing whims.

Moreover, 192 Columbia’s enviable position—situated on a quiet Brooklyn Heights street overlooking the promenade and all of Lower Manhattan—makes such preoccupations unnecessary. Taking in the view and the sun from the two terraces and roof (alas, the deck remains to be built) on a recent autumn morning, there was nary a sound to be heard, save for the occasional blast of a foghorn and the intermittent whir of tourist helicopters overhead, which broker Ellen Newman, of the Corcoran Group, assured us had to stop each day by 6 p.m.

The townhouse also boasts impressive creative credentials, with one of the current bedrooms having been office where Norman Mailer wrote in the 1970’s. It’s also owned, city records show, by former TV executive Don Cornwell and his wife Saundra. Not surprising that those in search of inspiration would be drawn there, with bay windows looking out over the waterfront running up the entire backside of the house. The house also shares a commonality—a very high price—with another local writerly abode, that belonging to Truman Capote. But while Capote’s old manse sold for an all-time borough high of $12.5 million, 192 Columbia, asking $16 million, hopes to do considerably better.

The couple purchased the house in 1995, engaging preservationist superstars Baxt/Ingui Architects to undertake a meticulous, two-year renovation on the 1859 beauty that restored all 7,900 square feet to its faintly fusty glory. The renovation yielded seven bedrooms, three full and two half baths and three working fireplaces, as well as a kitchen of marble, custom cabinetry and stainless steel with a working dumbwaiter—a favorite ferrying device for Coca-Cola in the current household, Ms. Newman noted, as well as an invaluable entertaining aid. Libraries, dining and living rooms, closets and laundry rooms abound.

As for the house’s pedigree, Ms. Newman said that she wasn’t certain, but speculated that the house might have been built or owned by someone with a fleet of ships or at least, some variety of maritime means. “Whenever I’m in these old houses, I like to think of people sitting in front of the mantles, discussing things like the outcome of the Civil War,” she said.

We agreed, studying the intricate carvings on a particularly fetching fireplace mantle. Trends come and go, after all, but what’s cooler than staying power? 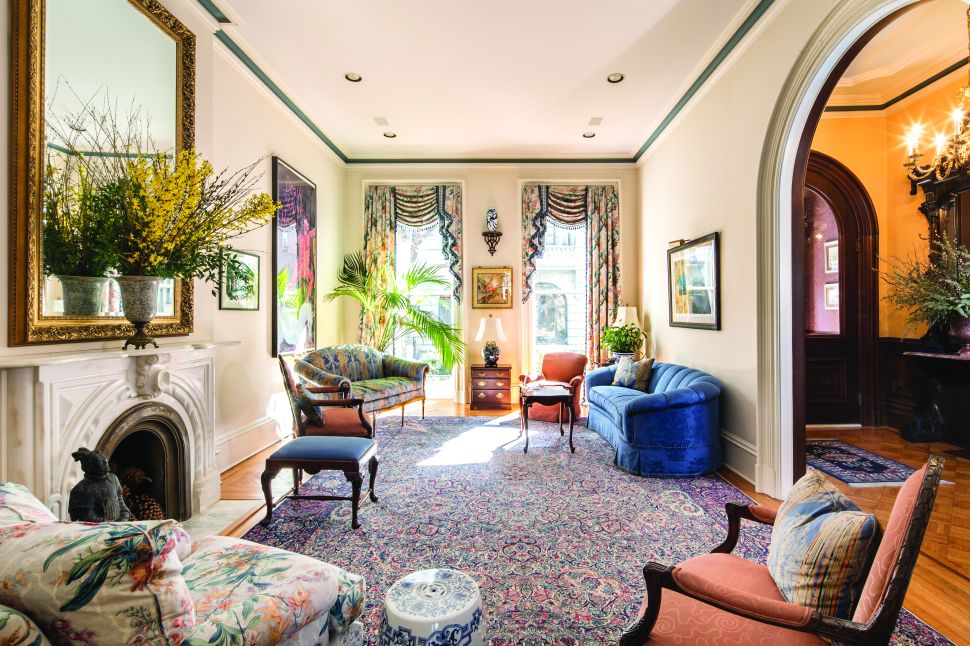