It was not a synagogue in the Russian Pale at the turn of the last century where a bunch of ax-wielding peasants were slaughtering Jews. It was not Kishnev. It was Jerusalem, Tuesday, where four Jews were butchered while praying.

As it has been throughout their history, so too it is again. Jews cannot go to pray without fear. In Belgium, Britain, France, Holland, and Sweden, attacks on Jews are becoming commonplace. In America, it is only a matter of time. Armed guards now patrol many synagogues during the High Holidays.

In Israel, the ghost of Kishnev now comes to haunt. As Jews bleed, and one heroic Druze member of the border police succumbs to his wounds, Hamas and Fatah pass out sweets in celebration.

Even as Palestinian Authority President Mahmoud Abbas condemns the acts, preening for the Western media, his government praises the heroism of the savages who killed innocent men while they prayed. Mr. Abbas’ Fatah put up a statement by Arafat’s bodyguard noting that when Arafat apologized for terrorism, he didn’t mean it. The message to the celebrators of the savagery: Mr. Abbas approves.

And the media, of course, spun it for the murderers. CNN called the synagogue a “mosque,” leading viewers to believe that Jews were killing Muslims. The Guardian deleted any reference to Palestinians. When Israeli Economic Minister Naftali Bennett held up a picture of one of the victims before the BBC’s cameras, the interviewer told him to put it down. Was it too gruesome? After all, the BBC had no such difficulty showing the blood and gore on the streets of Gaza.

And if not were not sufficient, there was Ashleigh Banfield’s exchange with Alan Dershowitz on CNN, where she took up the Palestinian cause by justifying the attack based on Israel’s universal conscription, which in her mind made every Israeli a legitimate target. After Ms. Banfield lectured the professor that “Soldiers come in all forms,” Mr. Dershowitz reminded her that you can’t kill a two-year-old child because he or she will grow up to become a soldier, the extension of her insightful logic.

Even as Jews are slain at prayer, there is a lack of pity, a lack of compassion, and, perhaps, secretly a celebration by those who, unlike Hamas and Fatah, are constrained by societal norms from voicing directly their pleasure. In the wake of the murders, Spain joined Sweden in recognizing a Palestinian state, one without boundaries or a capital.

And in America, President Barrack Obama, the man who had announced that he will stand with the Muslims, called for calm, although he did not call for calm in Ferguson, Missouri, which is about to explode in racial violence. His attorney general, Eric Holder, compared the thug shot by a police officer with the innocent Emmett Till, a victim of the barbarism of Jim Crow. Missouri’s Democratic Senator Claire McCaskill not only justified the African American community’s rush to judgment but also endorsed it. Justification for potential violence was forged in the crucible of outrage.

From the administration, there was no similar understanding of how the Israelis might react to the brutal and unprovoked murders in a house of prayer.

At the United Nations, there were no emergency sessions. The streets of Europe were empty of protesters. The American campus was not stirred to discuss what actions should be taken against wanton barbarism.

Israelis will mourn while the rest of the world finds justification for the massacre or, like the BBC, averts its eyes from the carnage. For the Palestinians, there are now two more names to inspire children to follow in the way of the martyr.

The war of attrition continues. It is called the war of the flea, an apt metaphor for wars fought by slow erosion. The dog is larger, stronger, and more intelligent than the flea, but given enough time and numbers, the flea can overpower the dog. This is the cultural mentality of the Middle East. Time is, as they see it, on their side.

They do not believe an ineluctable better future. They do not, as do Westerners, seek imminent solutions to complex problems to pave the way toward that aspiration. Honor lies in the golden past, and if future generations have to be sacrificed to recreate that past, then so be it.

Discussions of boundaries, capitals, settlements, roads, and refugees are fodder for the Western mind, something the West, with its cultural projections, can understand. American diplomats believe that peace negotiations in the Middle East are like labor relations negotiations in the West. What they appear incapable of comprehending is that in labor negotiations, neither side is hoping to destroy the business.

In Middle Eastern culture, negotiations are a means to seek advantage, so that ultimately honor will triumph over shame. Muhammad’s false peace with the people of Mecca is not perceived as an act of deception, but an act designed to achieve the greater honor, victory.

Even as the world’s media mock Israel’s sorrow and refuse to show the blood of Jewish victims, even as they stand alone, Israelis have no choice but to triumph or to succumb to attrition. The Israelis might be of the West, but they do not live in the West. The solution to their problem will not be found in the mindset of Western intellectuals, but in the reality that Israel is, for many purposes, another country in the Middle East, with a Middle Eastern problem that requires a Middle Eastern solution.

Abraham H. Miller is an emeritus professor of political science at University of Cincinnati and a contributor to the Franklin Center for Government and Political Integrity. He is the author of a recent work of political fiction, Fourteenth Street, A Chicago Story. 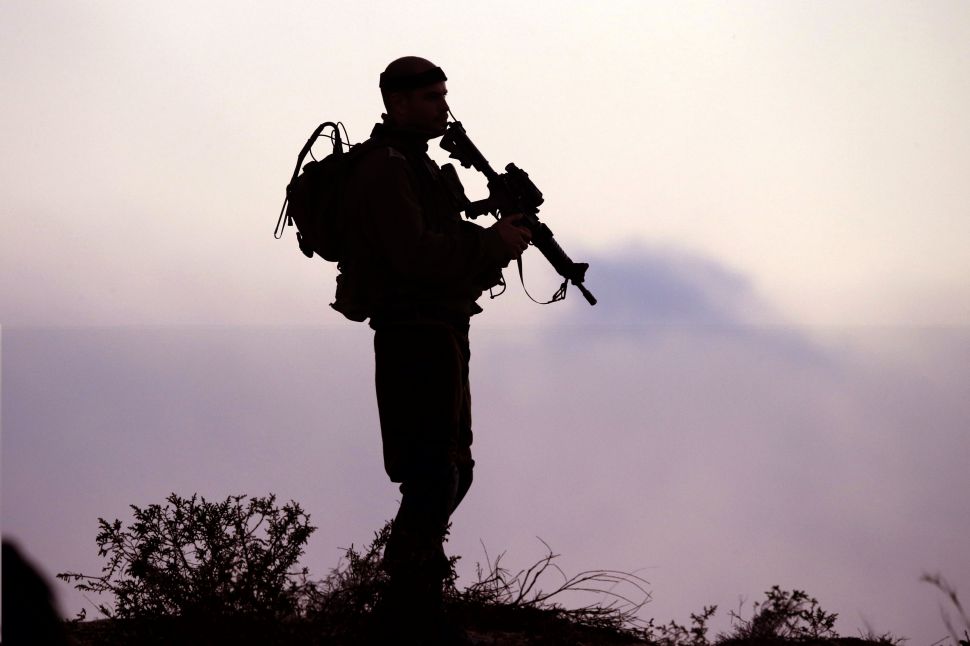