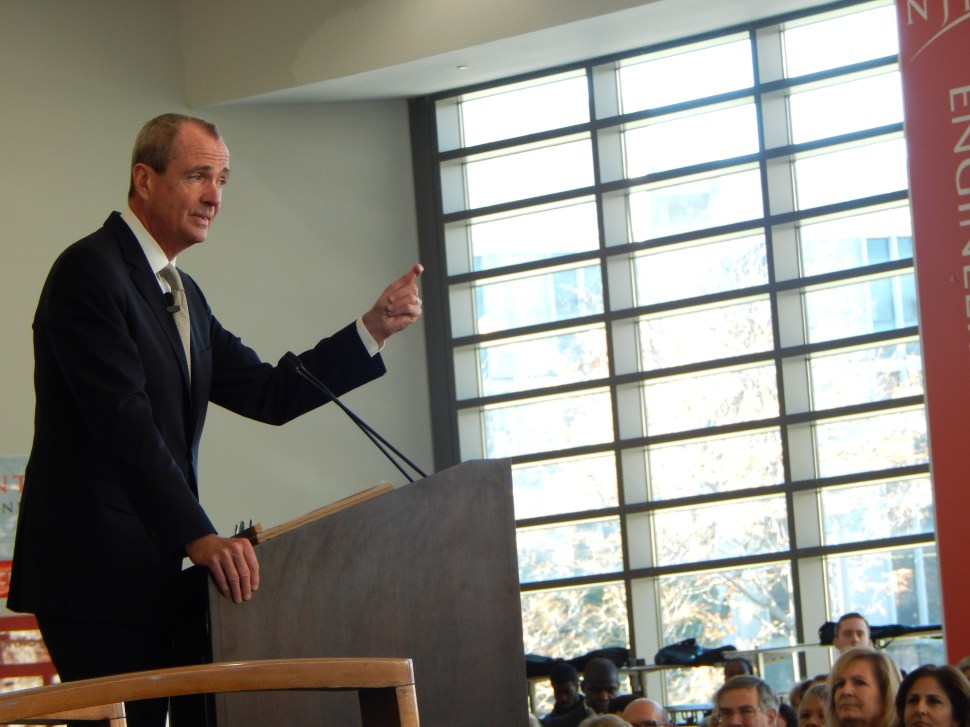 NEWARK – Though he adamantly told reporters following the event that politics “are not on my radar,” and while the focus was outwardly placed on the welfare of New Jersey’s middle class economy, it was hard not view today’s launch of “New Start New Jersey,” a non-profit organization founded by former U.S. Ambassador Phil Murphy, through one underlining prism.

The prism of 2017 gubernatorial politics.

In a pack auditorium at NJIT where he and his wife, Tammy, joined a host of high profile guest speakers to tout the new organizations goals and debate the state of New Jersey’s economy, much of Murphy’s focus was on the state’s middle class, the hallmarks of which he said are “drifting out of reach faster than ever before.” He said New Jersey is “seeing is an erosion of the pillars of middle class life,” and offered a host of statistics, lifted from a survey commissioned by the new organization, to emphasize the importance of a strong middle class at the center of the state’s economy.

“When I look at New Jersey today, I believe the formula to get New Jersey back on track is clear: to start with the middle class and build outward,” Murphy told the room.

But at an event that drew hundreds of attendees, including some of the state’s top legislators and politicians — from former governors Brendan Byrne and Tom Kean, state Sen. Loretta Weinberg, Assemblywoman (and incoming U.S. Rep.) Bonnie Watson Coleman, recent congressional hopeful Roy Cho,and U.S. Rep. Rush Holt — the whole presentation seemed to say as much about Murphy’s future political ambitions as it did about his concern for the middle class.

A Goldman Sachs alum with deep pockets, Murphy has publicly mulled throwing his hat into the state’s next gubernatorial race, set to take place in 2017, and consistently finds himself on the Democrats’ short list for potential contenders. He’s begun to make regular appearances at Democratic fundraisers across the state, and was heavily involved in personally funding the party’s candidates in some of the more contentious races this past election cycle, from Jim Tedesco in Bergen County to county committees in places like Mercer and Middlesex.

During a press conference with reporters following the event, Murphy maintained that the organization — a potentially politically active 501(c)(4) that he’ll self-fund, for now — has nothing to do with those political ambitions. He said the governor’s race is still “ a million years from now,” and that his recent political involvement has to do with “civic engagement” — not politics — and that he and his wife are “just happy to be in the arena.” But that didn’t keep some in attendance from acknowledging the political machinations behind all the do-good talk.

“I think this was a very interesting way for people in New Jersey, for opinion makers in New Jersey, to get to know a little bit about him,” said state Sen. Loretta Weinberg, who admitted it’s still “very early” for talk about 2017’s governor’s race. “We’re blessed that we have some pretty talented people whose names are being bandied about, but it’s still three years till the next gubernatorial elections. That’s more than four lifetimes in politics.”

“New Jersey Democrats have a pretty strong bench. But also I find him brilliant, poised, learned; he’s concentrated on the areas that are very important, very well-spoken, and has access to great people, and is willing to put in the time,” Watson Coleman said. “He’s exceptional.”

Still others saw the event as a more obvious sign that Murphy is gearing up for a gubernatorial bid. Monmouth University Pollster Patrick Murray, also present at the launch, told PolitickerNJ that the organization is a clear indication that the Democrat is serious about a run.

“You don’t create a 501(c)(4) where you’re surrounded by four high-profile, Democratic strategists. You don’t use a Democratic campaign pollster to do your policy polling unless there’s an element of politics about this. And I believe that this is really an issue that Phil Murphy cares about, but the key thing here is it’s the issue upon which he’s going to run for governor in 2017,” Murray said.

While Murphy has been well-received by some political observers who see him as a welcome alternative to other potential candidates currently being weighed as possible Democratic nominees (senate President Steve Sweeney and Jersey City Mayor Steve Fulop are likely front runners), his background is seen as somewhat of an obstacle to his chances, given the state’s recent political history. Like former governor Jon Corzine, Murphy has also been easily cast aside as another Wall Street financier, and would have to overcome that image to curry favor with Democratic leaders in the state. Murray said Murphy’s new initiative could help do just that, and argued that compared with the party’s other contestants, the former ambassador is “fairly well-placed and rising like a bullet.”

“You know, the strategy is going to be that Democrats, both county chairs and committee members, start to tire of Sweeney and Fulop, and one of them or both of them make a misstep and Murphy can float right in there in the middle as a preferred second choice,” Murray said. “What he does is he has to convince Democratic committee members across the state that he’s not Jon Corzine. That the issues that matter to him don’t just boil down to numbers on a ledger, but actually have to do with real people. And that’s why this roll out makes sense, because the focus is on the middle class — things that sometimes Democrats have lost sight of in their campaigning.

“Clearly this is to help set Murphy up as a different kind of person,” Murray added. 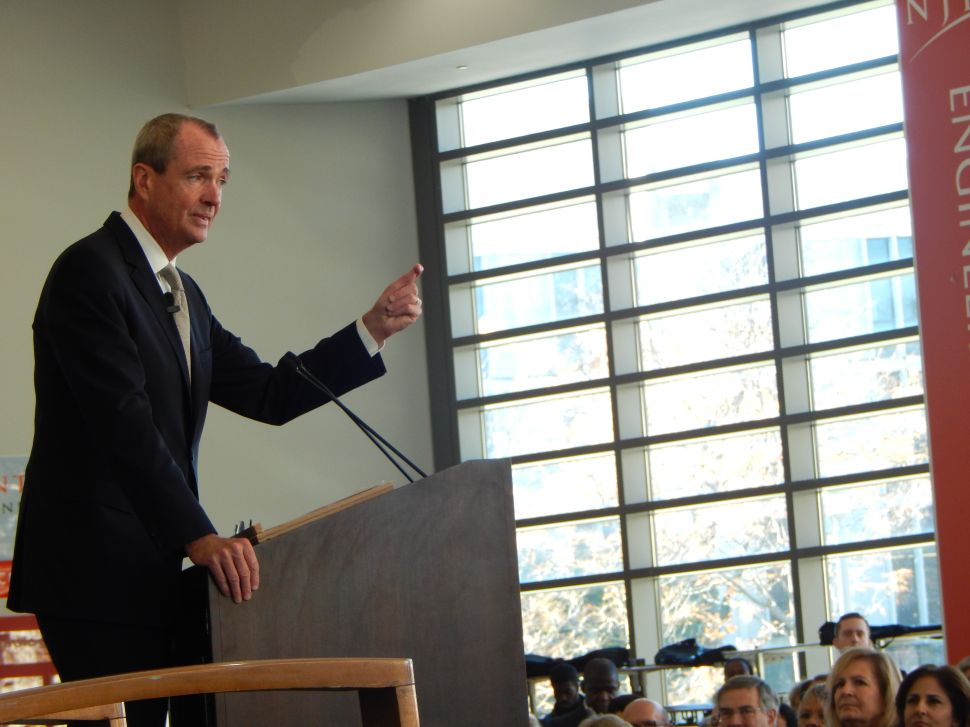