My 4-year-old daughter’s hair has been a subject of conversation since she was born. She didn’t have any for the first couple of years. When her hair finally arrived, it grew in giant, beautiful curls … unlike anyone in our family.

Directly following a bath, the curls are soft and billowing, and she’s been compared to Shirley Temple. We’ve been stopped on the street by tourists who ask to take their photos with “the little movie star.”

Her curls also get easily tangled and fly in every direction. They fall out of pigtails and ponies and I couldn’t do an Elsa braid on her hair if my life depended on it. Often, with her hair poofy and free and her bangs everywhere, she could be mistaken for Max from Where the Wild Things Are.

We don’t emphasize looks in our household, but she’s sensitive about her hair. She says that she wishes her hair was straight like mine. I’m adopted and remember the loneliness of not looking like my mom. I try to point out the people in her life with curly hair (her principal, some of her closest friends). My dad has even sent her childhood pictures of me with a perm. But, when she draws self-portraits, her hair is always straight.

When we were on a cruise that stopped in the Bahamas, and her older cousin wanted to get cornrows, I wasn’t surprised that my daughter requested the same look. She wanted her whole head braided and she got it—65 tiny braids segregated her hair, ending in matching purple little beads. They were stunning.

And, for the first time, my daughter was proud of her hair.

Then, people started commenting. I was floored by the reactions.

The first occurred 10 minutes after we got back on the ship. We were sitting in the casual dining room and we had piled our plates with dessert from the buffet. I took pictures as my happy girl trilled her hair and posed while eating ice cream and watermelon. A woman at the next table—one who I would have described as a sweet elderly lady—leaned over and said, “She sure looks like a person who’d eat watermelon, don’t you, sweetheart?” And then she smiled at me.

On a playground on the Upper West Side: “Is your husband black?”

From a woman who I thought was a friend: “I’m surprised you post pictures of her like that. Aren’t you worried about confusing her identity?”

I saw things, too. A tilt of an eyebrow, a sneering smirk, the we’re-in-on-a-secret looks.

It was disgusting. I didn’t say yes to cornrows because I was trying to make some statement about race and culture. I was just a mom who wanted to make her 4-year-old happy. A mother who wants her daughter to embrace her beautiful, kinky, curly hair.  A mother who wanted to scream, “ARE YOU LISTENING TO YOURSELF? WHAT THE HELL IS WRONG WITH YOU?” when strangers think it’s O.K. to share their ugly underlying racism with me because we share the same skin color.

Just when I thought I would explode, we took the train up to the Bronx to go to the zoo and show her where my dad grew up, near Pelham Parkway.

And the reaction was different.

She saw other young girls on the train—African-Americans, mostly, though some people of other races, too, with braids like her. Lots of smiles. Real ones.

We kept her braids in for two months. As the weeks went by, my daughter grew braver and introduced me to many people with braids, in the same way I had shown her people with curly hair. Her braids even sparked a couple of new friendships, based first on similar hair and then on a shared love of little girl things.

I loved her braids and I hope she asks for them again.

There was the practical: I didn’t need to do her hair in the mornings so we both got more sleep. I didn’t have to plead with her to brush her hair. I didn’t feel like a monster as we brushed out the knots after an active day at school.

There was the aesthetic: She looked amazing. She’d shake her head to hear the beads click against each other. It was a beautiful sound, the wind chimes of my heart.

There was the social: At times it felt like I was the one getting let in on a secret. I’d see a look of initial surprise when people saw her and then the moment would change as a stranger met my eyes with a warm, friendly smile.

And, there was the emotional: My kid made a choice about her body that made her feel beautiful and confident, regardless of what people might say. I’m so proud of her, and I hope she’ll always make a choice that speaks to her and not the naysayers who cluck. That’s the conversation I’d love strangers to start with me on the street.

Brandi Larsen works in book publishing and lives in Manhattan. 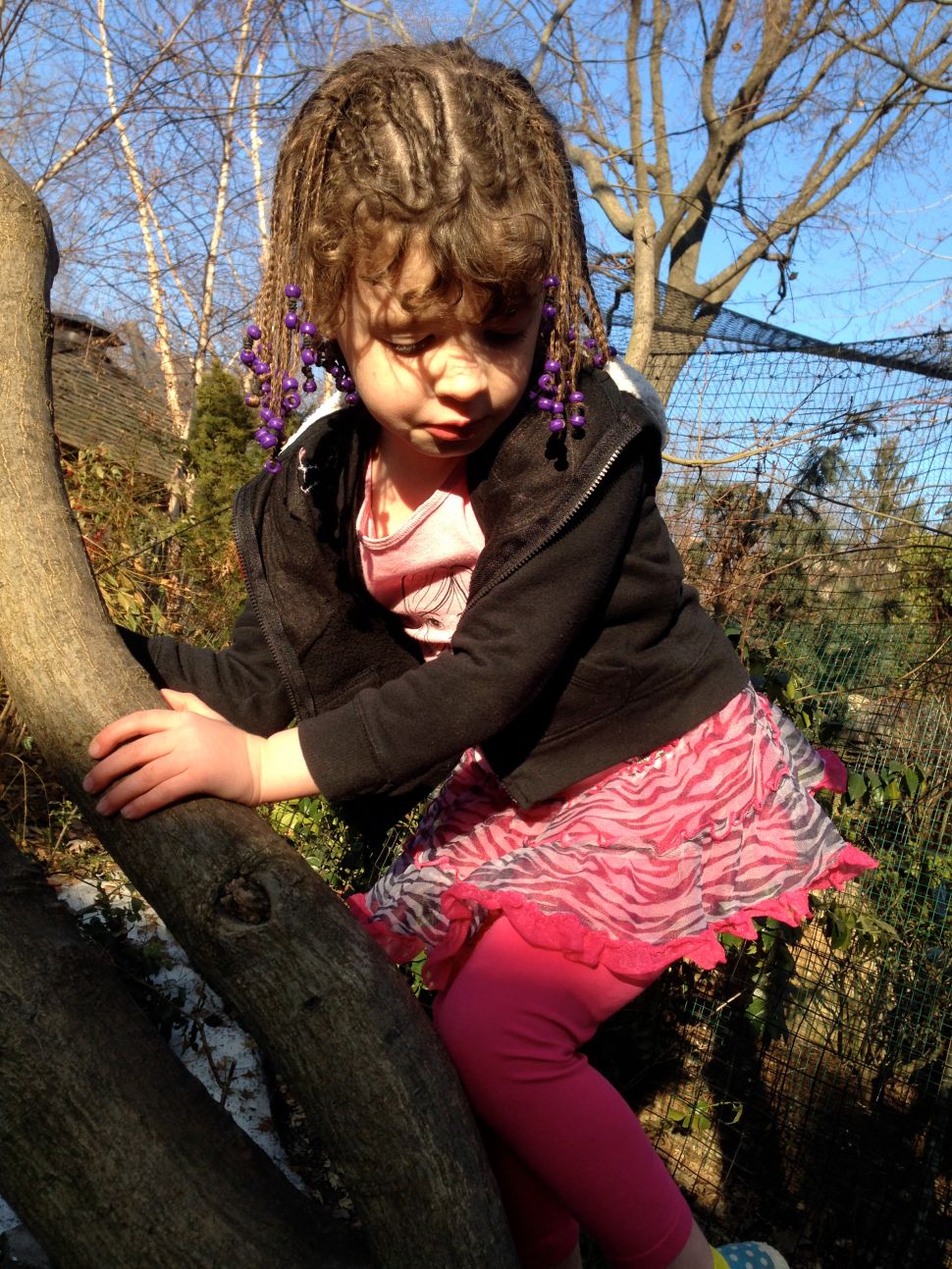