In this month’s elections for various state governorships and U.S. Senate and House of Representatives seats, Scott Walker was without question the major winner among all the candidates in the nation. His reelection as governor of Wisconsin in the face of a major national liberal and labor union effort to defeat him catapulted him to top tier status for the 2016 GOP presidential nomination and won him the post-election pole position for the 2016 race for the White House – the Sunday major guest slot on NBC “Meet the Press” on the weekend following the election.

There are four major constituencies in play for the 2016 Republican presidential nomination: 1) Movement conservatives; 2) Libertarians; 3) Center-right Republicans; and 4) the Donor Class Republicans. While the race for the White House is in an early stage, Walker is way ahead of the rest of the field in winning significant early endorsements and kudos from key movement conservative figures, most notably Rush Limbaugh, who on his radio shows touts him as “Scott Walker Superstar.” While Rand Paul has a lead among libertarians, Walker is making inroads there as well.

As for the Donor Class Republicans, Jeb Bush could garner a significant portion if he runs. We still do not know whether Jeb Bush will become a candidate.

Walker has attained his near iconic status among movement conservatives by virtue of his record as Wisconsin governor since his election in 2010, namely, his success in enacting the boldest conservative agenda implemented by a state government during the last fifty years. This agenda included most significantly 1) the elimination of most government employees’ union collective bargaining rights on matters other than compensation; and 2) the elimination of automatic deduction of union dues from government workers paychecks. Henceforth, government employees unions would have to win yearly votes to continue representing government workers.

Collective bargaining, however, was not the only conservative aspect of the Walker agenda. He also succeeded in the passage of legislation enacting voter identification requirements, permitting the concealed carry of firearms, defunding Planned Parenthood, prohibiting any health exchange operating in Wisconsin from covering abortion, reducing taxes, expanding school choice, and reforming entitlements. His judicial appointments were uniformly conservative strict constructionists who would not legislate from the bench.

This record of unprecedented conservative success made Scott Walker the bete noire of liberals and labor union leaders throughout America. Millions of dollars from these left of center sources poured into Wisconsin campaigns to recall him in 2012 and defeat him for reelection in 2014. Walker comfortable prevailed in both elections and actually emerged from both as a more powerful political player. That which does not kill you makes you stronger.

Scott Walker is known to be a strong admirer of Ronald Reagan. Yet as Governor of California, Reagan compiled a record as a pragmatic compromiser. By contrast, Walker’s administration as governor of Wisconsin was distinguished by strong adherence to conservative principle in the face of odds that often seemed overwhelming. The truth is that Scott Walker has been more Reaganesque than Ronald Reagan himself.

What made Scott Walker’s conservative success all the more remarkable was the fact that he achieved it in Wisconsin, a state with a bedrock liberal culture. In fact, outside of California and perhaps New York, Wisconsin has the strongest enduring liberal culture of any state in the nation.

I have a special experience with the liberal political culture of Wisconsin. I received my law degree from the University of Wisconsin Law School and spent three years of my life (1971-1974) as a resident of Madison, the state capital. I have kept current throughout the years with political trends in the Badger State.

The liberal tradition of Wisconsin is typified by two words you consistently hear in the state’s political media: the LaFollette tradition.
Robert M. LaFollette, Sr., a progressive Republican served as both a U.S. Senator from Wisconsin and as Governor of the Badger State during the first three decades of the twentieth century. He also ran for President of the United States as the Progressive Party candidate in 1924, carrying his home state of Wisconsin and garnering 17% of the popular vote.

LaFollette was considered to be the major voice of the progressive agenda in America. He was an outspoken advocate for the nationalization of railroads and the enactment of minimum wage laws. He was also a passionate opponent of America’s entry into World War I – his critics on the right gave him the pejorative nickname of “Kaiser Bob.”

LaFollette, however is far from the only exemplar of liberalism to be found in modern Wisconsin political history.
Former Democratic U.S. Senator Gaylord Nelson was the key figure in the establishment of the national holiday of Earth Day in 1970. In my view, Nelson was the leading environmentalist U.S. Senator in American history.

Democratic U.S. Senator William Proxmire served in the United States Senate from 1957 until January, 1989. He was an early opponent of the Vietnam War and what he viewed as excessive military spending. He even went so far as to oppose funding for the exploration of space.

From 1948 until 1960, Milwaukee, Wisconsin’s most populous city in the state, had a Socialist mayor, Frank Zeidler, who remains as the most recent Socialist mayor of any major American city.

Yet Scott Walker prevailed over this ingrained liberal political culture in enacting the most far-reaching conservative agenda in the history of American state governance. This explains the adoration of him in the movement conservative community, which will endure as long as Walker remains a presidential candidate.

While Walker runs counter to the Wisconsin political tradition of liberalism, he is very much an exemplar of the Wisconsin personal culture known as “Wisconsin nice.” If you want to observe the quintessence of “Wisconsin nice”, go to a game of Scott Walker’s beloved Green Bay Packers in Lambeau Field, Green Bay.

I am a fan of the Philadelphia Eagles. The Green Bay Packers, in all respects, have the most passionate yet best behaved fans of all the teams in the National Football League. I can go to a game in Green Bay’s Lambeau Field when the Eagles are in town, root for the Eagles, even sing “Fly, Eagles Fly,” and the Packers fans with laugh and smile with me.

The Packers fans will even buy me a beer, and the fans my age will talk with me about the 1960 NFL Championship game in Philadelphia’s Franklin Field, in which the Eagles defeated the Packers on a last second play, 17-13, when Chuck Bednarik tackled Jim Taylor on the Eagles six yard line. This was the only post-season game ever lost by a Packers team coached by the legendary Vince Lombardi, hardly a pleasant Packers memory; yet the Packers fans will smile as they discuss that game with me.

By contrast, a Packers fan who attends a Packers-Eagles game in Philadelphia’s Lincoln Financial Field and roots for the Packers may well find himself in jeopardy of life and limb.

It is this unique combination of “Wisconsin nice” and conservative policy resoluteness that make Scott Walker a most attractive and compelling figure as Republican rank-and-file voters consider their alternatives for the next GOP presidential candidate. The fact that Walker is a “new face” all the more enhances his appeal. It is far too early to predict who will be the next GOP presidential nominee. I have a growing feeling, however, that in Presidential Campaign 2016, Scott Walker may well have a rendezvous with destiny. 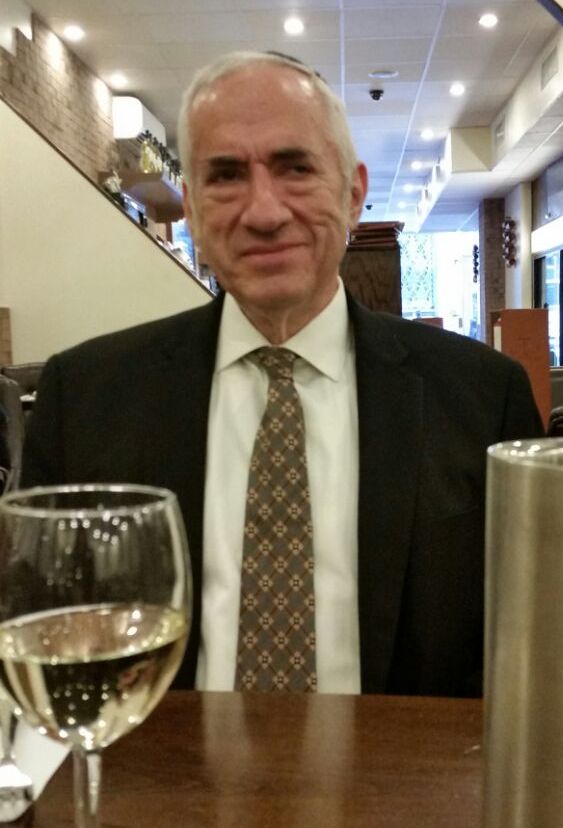