If you checked Nielsen Ratings, you’d think that the only people watching TV were age 54 and older (and you’d be right), and that Millennials are a black hole of immeasurable Internet content consumption—that is, until Nielsen starts measuring Netflix traffic next month.

But what does Netflix CEO Reed Hastings think about Nielsen’s bold step forward? Meh. Earlier this week, in Mexico City, he said that it’s “not very relevant” either way, according to The Hollywood Reporter.

For Nielsen, this might look like modernization, but for those of us ready to enter 2015, it’s more like a move from the Mesozoic to the Paleozoic Era.

“It’s kind of like the horse, you know, the horse was good until we had the car,” Mr. Hastings said. “The age of broadcast TV will probably last until 2030.”

The trouble is how Nielsen intends on reporting streaming ratings: Nielsen will capture audio from home televisions, which accounts for no traffic from people binge-watching on their phones or curled up in bed with a laptop. It’ll capture some of the traffic, sure, but Netflix will always be able to say, “that’s like, a fraction of the real viewership.” And they’d be right.

But 2030 seems mightly early, no? Well, given that TV viewership dropped a full 50% between 2002 and 2012—which is largely before the advent of cord-slaying streaming habits—the future for the next 15 years of broadcast television is possibly catastrophic.

You’d think that by now, cable companies would have some sort of half-baked strategy to prevent companies like Netflix from eating their lunch. 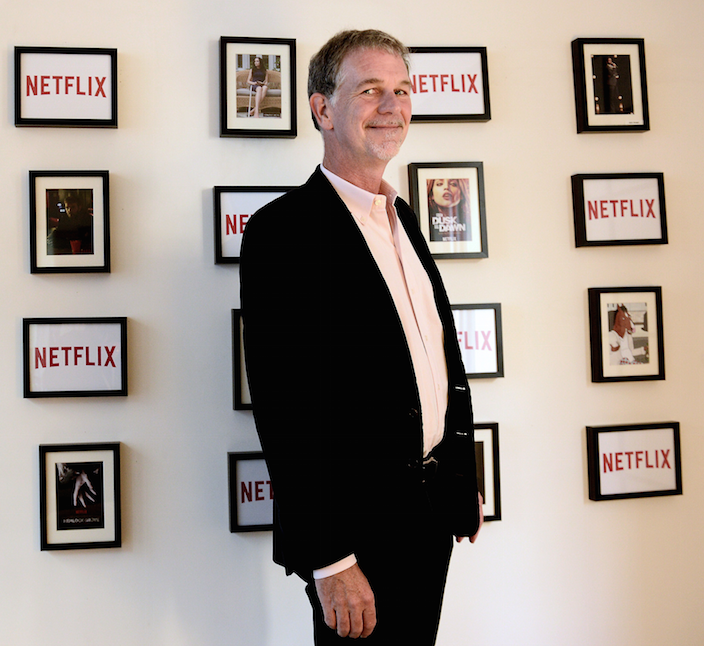