This summer saw a war between Israel and Hamas in Gaza that has had a ripple effect beyond the Jewish state. Since then, anti-Semitism has risen worldwide and incitement against Jews throughout Europe has grown considerably. People who were looking for a reason to be hateful toward Jews found public cover in Israel’s struggle to defend itself from terrorist neighbors. That struggle has brought forth a danger to Jews and Israel that has always been latent but is now becoming more brazenly public and seems well on its way toward a third intifada with today’s meat cleaver attack on a synagogue that killed four Jews.

Along with the anti-Semites come self-hating Jews who work alongside Israel’s enemies to harm Israel. Vladimir Lenin called those who work against their own people’s best interests in support of their enemies “helpful idiots,” and throughout history there has never been a shortage of people or groups from within the Jewish community who harm Jews. The most effective stick for beating Israel over the head is often a Jewish stick.

Zionist leader Berl Katznelson once asked, “Is there another People on Earth so emotionally twisted that they consider everything their nation does despicable and hateful, while every murder, rape, robbery committed by their enemies fill their hearts with admiration and awe?” Similarly today there is a New York based non-profit that raises money to support projects in Israel that predominantly undermine the state; its government, economy and military.

The New Israel Fund (NIF), which according to recent financial reports granted nearly $27 million to left-wing and progressive NGOs in Israel, systematically works to destabilize Israel. This organization claims to be supportive of Israel and indeed funds some useful and humanistic causes in Israel. However, mixed in alongside projects for women’s rights, LGBT issues and minority causes, there are also some of the most underhanded projects to chip away at the foundations of the State of Israel.

Surprisingly, among the donors to this organization are the Alan B. Slifka Foundation (ABSF) – a charity devoted to “the perpetuation of Jewish Values and Education in Israel and the Diaspora”; the Everett Family Foundation, who are major donors to science and technology in Israel; and even stalwart pro-Israel philanthropists like former New York Mayor Michael Bloomberg and Jacob Blaustein. These donors are surely unaware of and would not support many NIF activities.

For example, Alma Biblash, the Executive Director of the Human Rights Defenders Fund (HRDF) an organization to which the NIF authorized grants worth $332,625 from 2011-2013, has called Israel “racist,” and “murderous,” and described the country as a “temporary Jewish apartheid state.” Ms. Biblash supports Boycott, Divestment and Sanctions (BDS) campaigns and promotes the Palestinian ‘right of return,’ meaning the elimination of Israel as the nation state of the Jewish people. In an article on the “right of return” by Ms. Biblash published on the anti-Zionist website +972, she stated, “implementing the right of return is the just solution both in terms of historical and present justice for Palestinian refugees. Approximately six million Palestinian refugees live across the world. There will be no justice until Israel recognizes its responsibility for the Nakba (the Palestinian term meaning catastrophe, used to describe Israel’s creation in 1948), and allows the dispossessed to return to their homes.”

Another recipient of NIF money was the Coalition of Women for Peace, which demands a boycott of all things Israeli, and has established a well-oiled database called “Who Profits” that targets Israeli businesses. NIF’s financial records indicate that it granted $109,615 to Breaking the Silence, which tours campuses accusing Israel of war crimes; $255,477 to B’Tselem, which provides cameras to groups that harass Israeli soldiers hoping to videotape the reaction and harm Israel’s image worldwide; and $209,161 to Adalah, which works to get Israel prosecuted in foreign jurisdictions and erase Israel’s Jewish identity. These three groups are among many NIF grantees that operate at the front line of anti-Israel agitation.

In July 2014, 10 NIF grantees launched a campaign to convince the UN Human Rights Council that Israel must be brought to justice for war crimes and targeting of civilians. The groups – Adalah, Al Tufula Center, Aswat, Baladna, I’lam Media Center, Kayan Feminist Organization, Mada al-Carmel, Mossawa Center, The Regional Council for the Unrecognized Villages in the Negev – are tied closely to NIF’s giving philosophy. One wonders how many Jewish donors to NIF believe that the United Nations has ever treated Israel fairly?

This is pervasive. Professor Gerald Steinberg, an Israeli academic said recently that “While the leaders of the New Israel Fund… claim to support Israel and human rights principles, they enable the highly destructive activities that do the opposite. By the time these funders acknowledge this failure and end their support, the damage will be done.”

Many of these well-meaning donors are undoubtedly unaware that their money is being funneled through an organization which harms Israel.

Saul Zabar of the world-famous Zabar’s supermarket has stood against the BDS campaign to boycott Israel – yet he donates to NIF. Mayor Bloomberg has long stood up for Israel, including his recent heroic trip to Israel in defiance of the Obama Administration’s outrageous ban on flights to Tel Aviv. The Annenberg Foundation, philanthropist Murray Koppelman and the Jewish Women of Palm Beach would presumably not willingly give to a charity that is fomenting anti-Israel and anti-Jewish sentiment. One of NIF’s largest donors, the Leichtag Foundation is devoted to “igniting and inspiring vibrant Jewish life, advancing self-sufficiency and stimulating social entrepreneurship in coastal North San Diego County and Jerusalem.”  Another 6-figure NIF donor, the Lisa and Douglas Goldman Fund just this summer wrote significant emergency checks to Israeli causes while Israel was being attacked.

Many of these donors undoubtedly agree with parts of the NIF’s agenda which are important – social justice, women’s rights and the like. But those funds should be directed to the charities in Israel directly, rather than through the New Israel Fund. The NIF has been fooling Jews and Israelis into paying for Israel’s downfall. It’s time for it to come to an end. 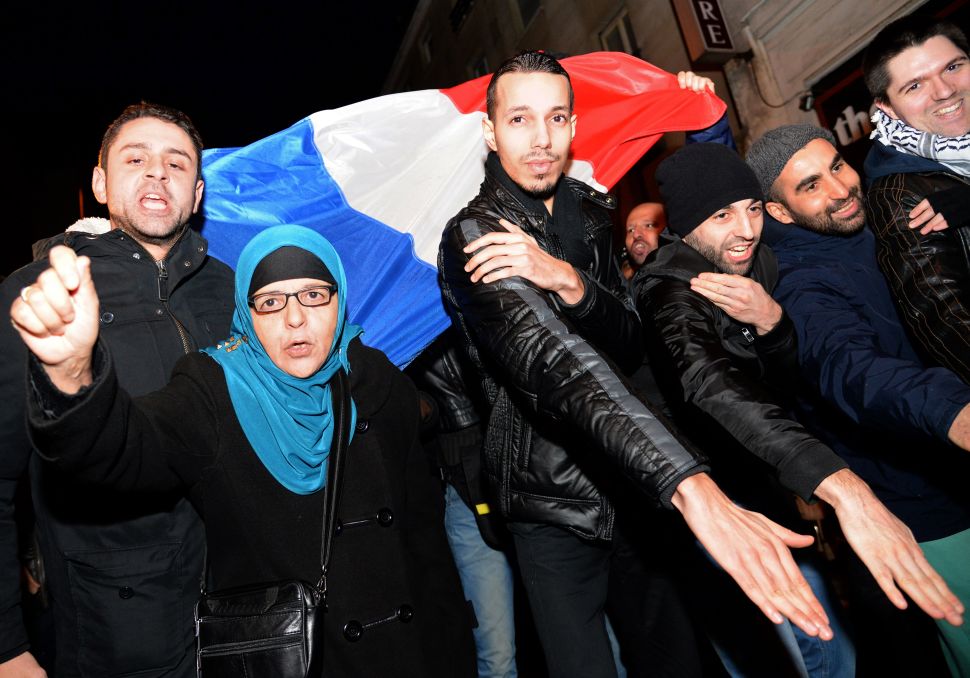