As Thanksgiving approaches, New York City food banks continue to face a staggering demand for food donations in the wake of cuts to the Supplemental Nutrition Assistance Program (SNAP) last November. According to a report released Monday by the Food Bank for New York City (FBNYC), those cuts resulted in an 11-month loss of more than 56 million meals in New York City alone.

“With a single Congressional decision, more than 56 million meals have been taken off the tables of vulnerable New Yorkers so far,” said Margarette Purvis, resident and CEO of FBNYC in a statement. “Knowing that, the extent of food shortages at our city’s food pantries and soup kitchens should come as little surprise–but it should compel our city’s leaders to take action.”

When across-the-board cuts to SNAP benefits went into effect on November 1, 2013, more than a million households in New York City lost, on average, nearly $18 per month in benefits. Eighty percent of food pantries and soup kitchens in New York City said they experienced increased demand and significant increases in food shortages since then, according to the report.

This past September, 60 percent of NYC food pantries and soup kitchens reported running out of necessary food items, the report found, while 37 percent had to turn people away altogether due to the food shortage.

But the news isn’t all bad.

“We were quite concerned a couple of weeks ago that we did not have enough food donated,” said James Winans, chief development officer of The Bowery Mission on the Lower East Side, which served more than 369,200 meals last year alone.

However, thanks to donors like Hain Celestial Group, which provided Thanksgiving turkeys, the upcoming holiday is no longer a concern.

On Thursday, the Mission will serve Thanksgiving Day meals for the 135th year to more than 7,000 men, women and children in all five boroughs. At its flagship location at 227 Bowery between Prince and Rivington Streets, more than 600 volunteers will prepare traditional turkey dinners and serve 1,600 guests in the chapel with music and festive decorations for the holiday.

“We have already begun to prepare the turkeys, potatoes, etc. and will be working around-the-clock to get ready for Thursday,” said James Winans, chief development officer of the Mission. “We have generous volunteers helping out year round.”

When the call for Thanksgiving Day volunteers went out a month ago, the roster was full within 72 hours, Mr. Winans said.

But the Mission still needs food donations especially of milk, eggs and butter. Monetary donations can also be made at their website. Because of donations, it costs the Mission only $1.59 to serve one person a complete meal.

On Thursday, the first meal at 8 a.m. is breakfast, followed by turkey dinners at 10 a.m., 12 p.m., 2 p.m., 5 p.m. and 7 p.m. with additional meals added based on demand. In addition to a turkey dinner, each guest will receive a brand new coat and a “blessing bag” with a winter hat, gloves and hygiene items. 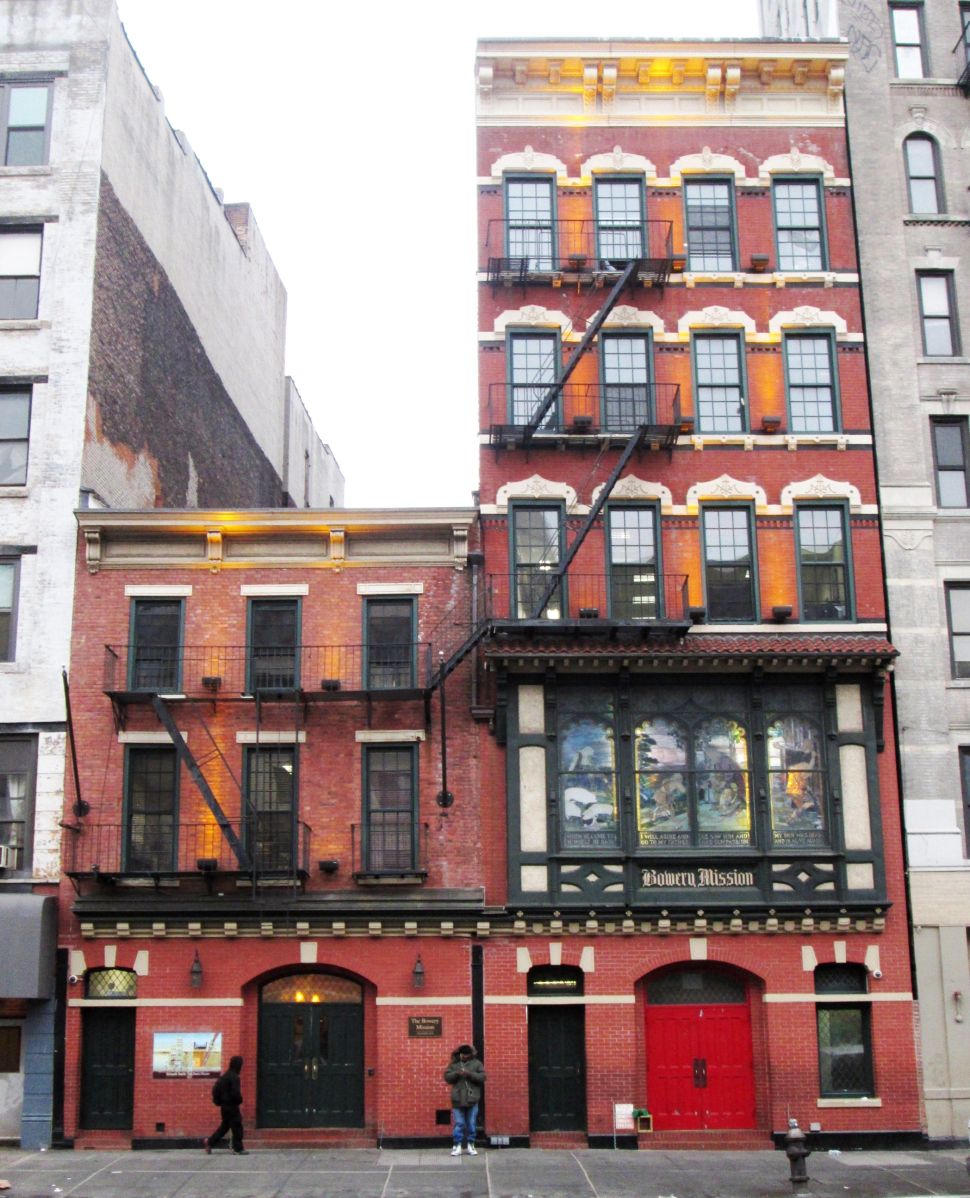