Well, we know how Bradley Cooper’s going to be spending his Christmas. He’ll be working. The Schubert Organization, which owns Telecharge, just announced a greatly expanded Thanksgiving-to-New Year’s performance schedule for many Broadway shows. Lots of stars will be working straight through the holidays, too, including Nathan Lane, Hugh Jackman, Diana Rigg, James Earl Jones, and Michael Cera. Even the genie on Aladdin, James Monroe Iglehart, can’t wish his way out of this one.

Philadelphia-native Mr. Cooper will be treading the boards and hamming it up, as they say, in the revival of The Elephant Man on December 25th at 8 p.m., instead of treading home on the Metroliner for Christmas ham and pudding. A rep for Telecharge noted that “he’s scheduled to do all the performances, given that it’s a short run, unless there’s some emergency.”

A brutal slew of Friday and Saturday December matinees have been added, too, although some theaters are now going uncharacteristically dark on Thursdays to give hoofers a chance to catch their breath.

Three shows, (Chicago, The Phantom of the Opera and Pippin) will perform on Thanksgiving night, and 14 shows have Christmas Eve matinees at 2 p.m. (A Delicate Balance, Aladdin, Cabaret, The Curious Incident of the Dog in the Night-Time, A Gentlemen’s Guide to Murder, If/Then, It’s Only a Play, The Last Ship, The Lion King, Love Letters, Once, The Real Thing, The River, This Is Our Youth, You Can’t Take It With You).

A whopping 17 shows will perform on Thursday December 25th at either 7 p.m. or 8 p.m. (7 p.m.: Cinderella, Disgraced, Honeymoon in Vegas, Jersey Boys, Kinkyboots, Les Miserables, On the Town, Side Show; and at 8 p.m: Beautiful, Chicago, The Elephant Man, Matilda, Mamma Mia!, The Phantom of the Opera, Pippin, Rock of Ages, Wicked), with, for some reason, Motown doing its own thang with a 7:30 p.m. curtain on Christmas.

Last year, between Thanksgiving Day and Christmas Day just over one million people saw Broadway shows grossing $113.58 million in ticket sales, according to The Broadway League — and that was before some shows expanded their performance schedules.

So, sorry, Mom and Dad, your talented baby can’t be home for the holidays. Blame it on Broadway. 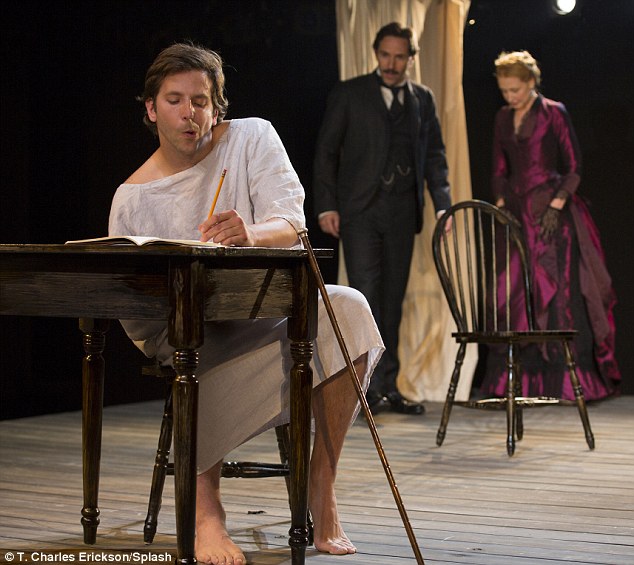 Filed Under: Politics, Theater, A Delicate Balance, Diana Rigg, Disgraced, If/Then, Rock of Ages, The Curious Incident of the Dog in the Night-Time, This Is Our Youth, You Can't Take It With You, a gentleman's guide to love and murder, it's only a play, Matilda, the last ship, The Elephant Man, Honeymoon in Vegas, love letters, The Phantom of the Opera, Jersey Boys, The River, Once, Kinky Boots, Mamma Mia!, cinderella, Wicked, James Earl Jones, les miserables, Aladdin, Nathan Lane, The Lion King, Cabaret, Hugh Jackman, Chicago, On the Town, New York, News & Politics