The annual New York City marathon took place Sunday—perhaps you were made aware from the cheering crowds or piercing top 40 music rattling your serene Sunday morning—with over 60,000 runners setting off on a 26 mile race around the city.

Though technically someone always wins the marathon, most run for the experience, to support the city, or to raise money for a deserving charity. And while charity runners have noticeably decreased in recent years in the aftermath of Hurricane Sandy, many in Sunday’s event came out raising over sixteen million dollars for the charities of their choice.

World-record holder Wilson Kipsang of Kenya came in first for the men’s division, completing the 26.2 mile race in just 2 hours, 10 minutes and 59 seconds (not to be confused with 2 hours and 11 minutes). It was Mr. Kipsang’s third marathon win as the champion runner–a feat most people will likely never achieve, let alone attempt, in their lifetime. In the last four years Mr. Kipsang has placed first in eleven marathons, including Berlin, London, and now, New York.

This weekend also saw Katherine Slinguff of Park Slope, Brooklyn awarded as the millionth runner in the event’s almost 35 year history. Though she may not have won the marathon, completing the race in 4 hours 43 minutes and 36 seconds, the photographer and mother of two won a lifetime of guaranteed entry in the NYC marathon. 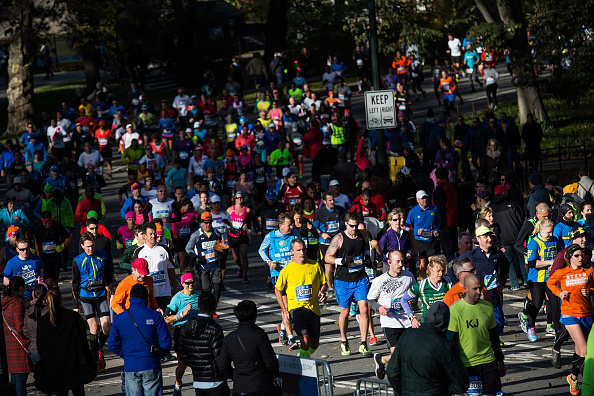