MELBOURNE – Here I was feeling bad for the President over his drubbing at the hands of the Republicans and his humiliation before the electorate in last week’s midterm elections when I suddenly read, all the way in Australia, that last month Obama sent a secret letter to Ayatollah Ali Khameini of Iran. There went any hint of sympathy.

Most shocking of all, they now watched the leader of the free world practically beg the Iranians for a nuclear deal that would leave Iran with the ability to enrich uranium as a threshold nuclear power.

All this they have watched happen and finally decided to pummel the President at the polls. President Obama now has the lowest rating in foreign policy of any President in modern American history.

But no one could have believed that amid this carnival of weakness the President would have written a secret letter to Ayatollah Khameini of Iran which, according to The New York Times, argued that “we’re in [the Middle East] to fight ISIL and you should let us do it, because it will help you.”

Yes, help Iran. Why not help a government that threatens the annihiliation of the Jews, secretly seeks to build nuclear weapons, stones women to death, hangs gays from public cranes, shoots female political protestors through the heart, steals presidential elections, and funds global terror, including the murder of American soldiers, across the globe. Why the hell not?

Funny thing is that even The New York Times wrote of the President’s most recent missive that every letter Obama has sent Khameini in the past has resulted in the Iranian leader publicly condemning the United States for nefarious designs in the Middle East. Weakness emboldens wickedness.

And if a government that shoots its own people in the streets and through the heart for protesting a stolen election is not evil then the word has no meaning.

I have long said that President Obama’s principal failure as a leader is his refusal to hate evil. Our President will treat with almost anyone, regardless of their appalling record on human rights. He rejects morality as the bedrock of foreign policy in favor of political expedience. Hence, he remains on good terms with Erdogan of Turkey notwithstanding how much Erdogan tramples on Turkish democracy. He watches as innocent Arab children are gassed by Assad of Syria and does nothing to enforce his own red lines. And he sees Netanyahu of Israel as the obstacle to Middle East peace even as Israel is surrounded by genocidal foes who constantly threaten the extermination of the Jews.

No one is more genocidal than the Iranians and no one more murderous than its “spiritual” leader Ayatollah Ali Khameini who oversees the world’s foremost terror apparatus.

For over three decades Iran has acted as a central banker for Middle East mayhem, perpetuating instability in Lebanon, Syria, Iraq, and Afghanistan by providing monetary and logistical support to terrorist organizations the world over. The State Department sums it up best: Iran “arms militants, including Hamas, Hezbollah and Palestinian Islamic Jihad, and continues to play a disruptive role in sustaining violence in the region, particularly Syria.” The nations tha Khameini hates most are America, the big Satan, and Israel, its client state, the little Satan. Israel, he says, “is doomed to annihilation.” Zionist officials, his euphemism for Jews, are “animals, and not human.” The Jewish state is “a rabid dog.” Jews are canines, frothing at the mouth, predatory and ready to pounce.

All these blessings come from a man of God. These are the words of a leader whose vision for humanity is hell on earth. What courses through this cleric’s veins is not compassion but contempt. What animates him is not harmony but hate. He is motivated not by love of his fellow man but detestation of the infidel.

Khameini is proud of his hate. He brags of his genocidal intentions. His day is brightened by the thought of another holocaust in Israel that he has promised for years.

And he is a thief.

A six-month investigation by Reuters found that Khameini, like Arafat before him, is one of the richest men in the world, controlling a business empire worth around $95 billion, a sum larger than the value of Iran’s annual petroleum exports. You’ll notice that the Ayatollah has never bragged of being richer than Carlos Slim, Warren Buffet, or Bill Gates, the way he has bragged about destroying Israel. He doesn’t want you to know that for all his protestations to piety he is nothing but a spiritual shoplifter, a Mullah found with his hand in the cookie jar, stealing the bread of his people.

That President Obama would belittle American prestige, appease evil, and degrade his own office by entreating a man like this is sad, shameful, and scandalous.

Rabbi Shmuley Boteach, “America’s Rabbi,” is the international best-selling author of 30 books. He has just published Kosher Lust: Love is Not the Answer. Follow him on Twitter @RabbiShmuley. 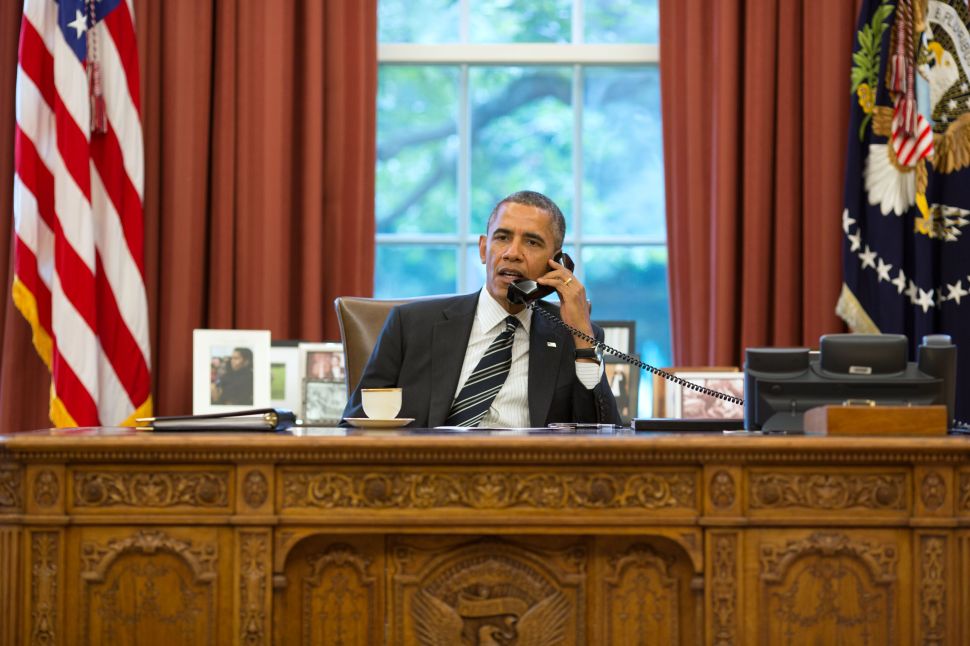