Happy birthday to the Verrazano Narrows bridge! Which no one ever promised would be free, The New York Times reports. (Although no one promised it would be considering a toll of $16 fifty years after opening either.) The free thing? Some kind of collective myth, conjured up by a borough that feels perennially “ill-used” by the rest of the city.

Good news for rent-regulated tenants: a court has ruled that they can seek bankruptcy protection without jeopardizing their apartments, The Wall Street Journal reports. The precedent-setting case involved an 80-year old East Village woman who filed for bankruptcy after incurring credit card debt; the court treated her rent-stabilized apartment as an asset.

Gowanus residents, who are pretty clear on the fact that they don’t like development a la the Lightstone Group, have described how they would like development: “a cleaned-up Gowanus Canal flanked by parks, high-rise affordable housing, a thriving manufacturing zone and an active arts scene,” according to DNAInfo, which has the details of the community’s 15-month effort to craft a proposal for how the neighborhood should develop.

Meanwhile, in Lower Manhattan, the Howard Hughes Corporation is trying to sweeten the deal at its South Street Seaport project, Crain’s reports, and has lopped off 150 feet—reducing the building from 52 stories to 42—and added roughly 60 apartments in a separate, renovated building. Not that everyone was won over. “Building a tower at the South Street Seaport is like building a tower at Colonial Williamsburg,” said Manhattan Borough President Gale Brewer.

Airbnb is launching host insurance—”we are proud to take the lead on this issue,” they write. Lead as in not waiting to be regulated to do it, or lead is an in liability was becoming an increasingly expensive problem for the hosting service? Either way, it’s unclear if shifting the responsibility to protect their property onto renters will be embraced or rejected. Seems somewhat less appealing to rent out your apartment for a week when it’s you who has to pick up the tab for making sure nothing bad happens.

For the truly rich, nothing escapes the luxurification impulse, not even bunkbeds. The Wall Street Journal reports that the utilitarian staple of many a lower middle-class home is now available with queen mattresses, TVs and curtains for privacy. An object of absolute pointlessness, sort of like the high-heeled sneaker.

A “small, crumbling” warehouse in Williamsbrug has sold for the record sum of $18 million, or $432 per buildable square foot, according to Crain’s. The site sits between Havemeyer and Meeker, just down the street from the Lorimer L and surprise! It’s going to be condos: “So many people are choosing to make Williamsburg home, and spend a lot of money to live there in rentals,” David Schwartz, principal at Slate, which bought the site, told Crain’s. “So we think there is a huge need for new condos.”

The Russian Tea Room: still worth a visit, says Gothamist. Some things never go out of style—like the option to upgrade afternoon tea with even more caviar and champagne. Plus, the tea is now offered in gluten-free and vegetarian varieties. 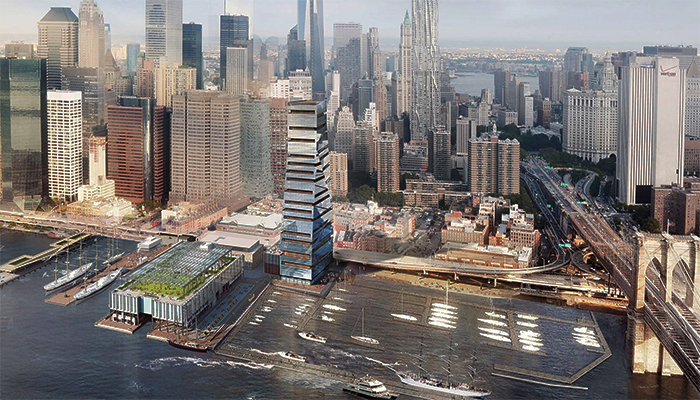