And you thought New York was bad: driven by soaring real estate costs, developers in Hong Kong are now building luxury microunits as small as 165 square feet, which are selling for astronomical sums, according to The New York Times. To wit, a 275-square-foot studio just went for $722,000. “If we don’t buy now, we might not be able to afford it later,” the 60-year-old buyer told the paper.

Related’s Stephen Ross thinks the “mansion” tax, targeting pied-a-terres over $5 million, is a good idea, reports The Wall Street Journal, which ran a story about how the mayor’s office is feeling out the real estate community on such a tax. (Whether or not they’ll actually bother to raise it with the state, whose approval it would need, is another matter.) Jed Walentas doesn’t really support it, but thinks it’s better than other tax options, Douglas Durst doesn’t hate it but doesn’t think it would help. Gary Barnett, predictably, is adamantly against it.

We can attest to the fact that the C train is slow, infrequent, overcrowded and just generally terrible. There is the whole constantly waiting to let all other trains go ahead thing that easily adds 15 minutes to the morning commute and just last night a long wait at Jay Street finally concluded with the arrival of an A train running local because, inexplicably, there was no C train service. However, we’re dubious that the Riders’ Alliance demanding better C train service, as DNAInfo reports they are, will bring much relief. It’s hard to see how the MTA’s agreement to do a full review of the line will make much of a difference.

Forest City Ratner has agreed to buy contractor Skanska’s stake in the two companies’ jointly-owned modular construction factory in the Brooklyn Navy Yard, Skanska announced in a release today. Work at the factory has been at a standstill since late summer, when a disagreement between the two companies over who was at fault for slow progress at tower B2 in the Atlantic Yards development. With the purchase, FCR is free to begin making modular components again; though the company must also secure a new contractor for the tower. Another hitch, per the release: “litigation between the companies over the B2 Project will continue and is not impacted by this agreement.”

Construction projects that are moving forward: a controversial 20-story nursing home on West 97th Street that will loom over an elementary school was just approved by the state. DNAInfo reports that parents are worried about noise, dust and the new shadows that will hang over a playground for several hours a day.

Uber’s “asshole” image is not going away anytime soon: shortly after unveiling their plan to do personal opposition research on journalists they don’t like, an Uber driver told a cancer patient traveling home from a radiation treatment was told that she was “not human” and deserved cancer after she cancelled her request 1 minute after making it, BoingBoing reports. Uber offered her a $30 ride credit.

Speaking of assholes… area stores could suffer this holiday season as New Yorkers say that they intend to spend less than did last year on Christmas—2 percent less—while the average American intends to spend 13 percent more, Crain’s reported. But rejoice, stores! New Yorkers intend to spend more on themselves this holiday season, cementing our reputation for being selfish jerks.

But maybe there’s some hope for humanity, after all. Neighbors have set up a make-shift memorial to mourn a well-known squatter who lived in a makeshift shelter on a Harlem lot by the corner of Park Avenue and 126th Street, The Times reports.The man, who was known by his first name Baruba, took up residence in the lot sometime during the 1990s, after the brownstone on the site where he rented an apartment was demolished. A friendly presence who swept the sidewalk and resisted a series of developers’ attempts to roust him, the M.E.’s office says he died of natural causes. 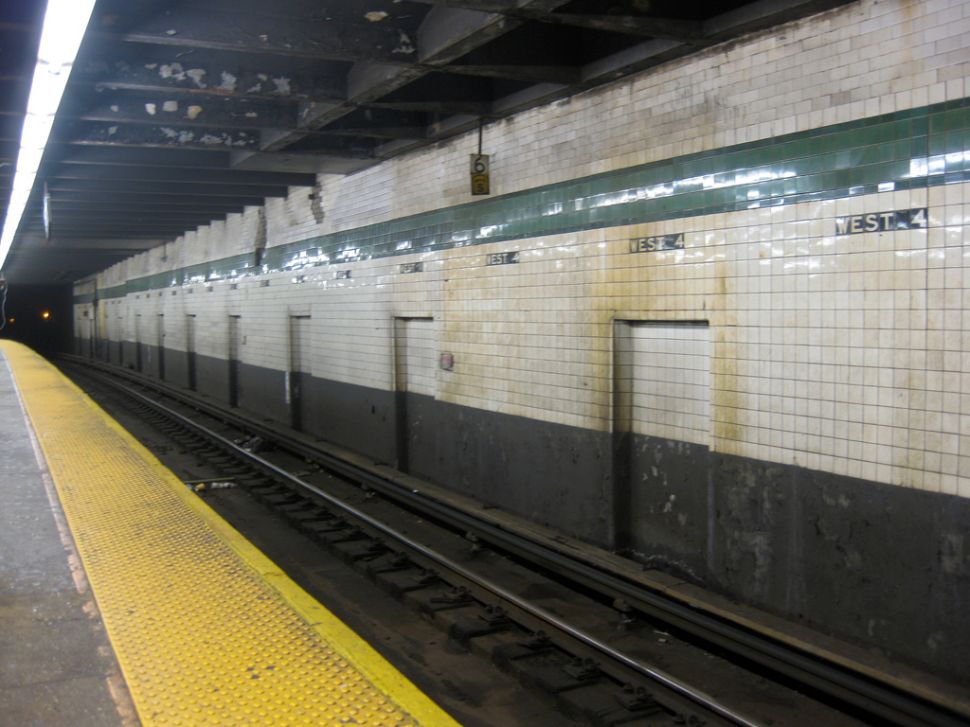