Indian regulators say that the Sahara Group, owner of the Plaza, is playing hard to get, snubbing potential buyers because they really don’t want to sell, according to The Wall Street Journal. Sahara was ordered to sell the Plaza, as well as two other hotels, to repay money the court says it owes bond investors.

On the topic of historic properties: It may not be Hearst’s Castle, but Hearst’s Manhattan pied-a-terre isn’t half bad! And Curbed reports that the publishing giant’s former penthouse at 91 Central Park West is back on the market for $27.5 million after a (rumored) deal with the fashion designer (and owner of the neighboring unit) Giorgio Armani dissolved.

The City Council is studying ways to reverse the six-decade manufacturing decline that the city—and the rest of the country—has experienced, Crain’s reports. Well, good luck with that! Though their proposal for new zoning to encourage growth in manufacturing and “creative” economies may be less an attempt to revert to an earlier economic moment and more an attempt to protect the city’s 21 Industrial business zones from being claimed as affordable housing sites by the de Blasio administration.

Industrial space is also a huge target of non-affordable housing. Case in point: the Williamsburg factory on Havemeyer that Brownstoner reports hedgefunder Harsh Padia bought for $8.85 million and plans to tear down in order to build himself a mansion.

A Gowanus resident told the Lightstone Group that they couldn’t “give us enough sympathy for what we are going through,” at a community meeting last night, Pardon Me for Asking reports. The meeting was standing room only, so it seems a lot of people feel the same way. Unfortunately, this is just phase 1 of the developer’s mega-project, so things will either improve or Gowanus residents will be very unhappy for a very long time.

Some new apartments might be coming to Brooklyn Heights, as well? The New York Daily News reports that developer Madison Estates, known for contextual projects in historic neighborhoods, bought the Brooklyn Heights cinema for $7.5 million in partnership with JMH Development. The cinema’s operator is still looking for a new home, but tells the News that “For the money these landlords want, I’d have to run a meth lab, not a cinema.”

Now we’re actually starting to feel a little bit bad for SantaCon: city officials shot down the pub crawl’s application to meet in Maria Hernandez—Bushwick’s largest park—before the organizers even got a chance to submit it, according to DNAInfo. And after several local bars said that they’d refuse to serve people in Santa costumes, the organizers have given up on the neighborhood. Look, nobody likes SantaCon, but maybe people are blowing its horror a little out of proportion? It is, after all, just a bunch of people in Santa and elf costumes getting drunk.

Manhattan developer Palladium Management is pairing with a company that repurposes shipping containers to give mixed-use modular construction buildings as high as nine stories a try, according to Crain’s. “The prefab method has long been hailed as the future of residential construction for many years, but has largely failed to catch on,” Crain’s marvels. Maybe because shipping containers—neither insulated nor having naturally occurring doors and windows—do not make for ideal living spaces?

Little house on the prairie? Curbed has a peek inside a Montana grain bin turned 900-square-foot residence that is truly lovely. A truly unique, medium-sized palate cleanser after the endless parade of sprawling, bland luxury apartments and trying-really-hard-to-be-minimalist microunits. 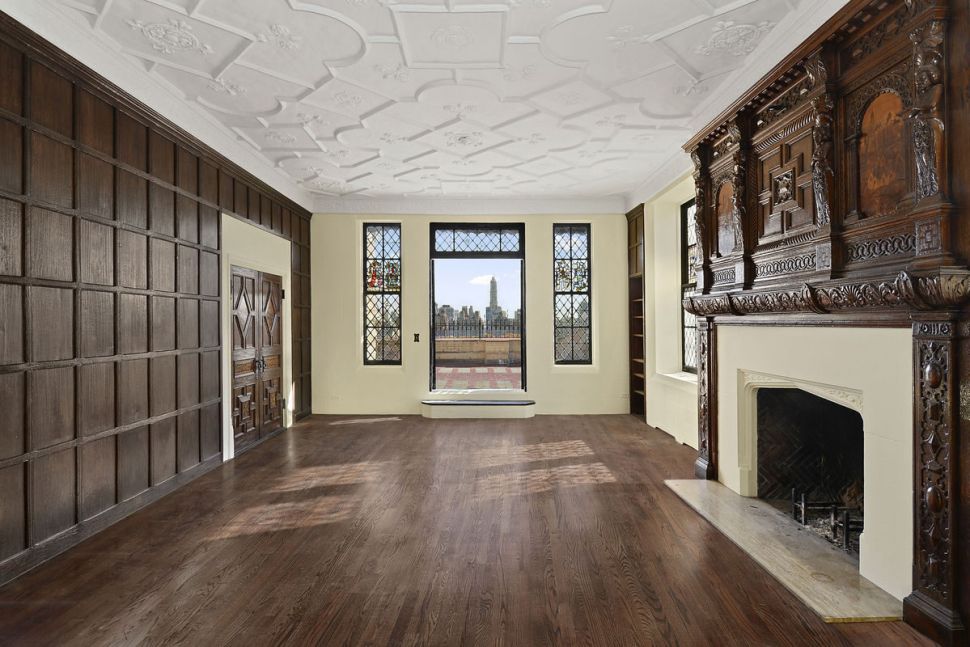