Museums’ good fortune has also been the New York construction industry’s, Crain’s reports, with some $2 billion in museum renovations and expansions currently underway. Among some of the biggest projects: the Whitney’s move to Chelsea, the Met’s expansion into the former Whitney building and the Cooper Hewitt Smithsonian Design Museum’s 6o percent expansion. And then there’s the Frick, MoMA, the Tenement Museum and of course, the Culture Shed. The question is whether or not all this expanding will actually do anyone much good in the end save for the construction industry.  “It’s not just expanding space; it’s also expanding the audience,” a industry expert told the paper, noting that cost overruns for such expansion projects are common and recouping costs in the form of ticket sales difficult.

Of course, many an expansion is paid for with the help of a wealthy benefactor. The only problem is that benefactor don’t always welcome feedback.

To wit: Barry Diller, who didn’t ever ask the public what they thought of his floating pier/park in the Hudson River, gripes The New York Times. The anemically-funded park jumped at the $170 million proposal to build an events space, but the plan has subverted broader public review, will have programming controlled by its own, separate non-profit and is guaranteed funds from Mr. Diller for only 20 years—all serious issues, the paper argues.

Saks’ Fifth Avenue flagship, meanwhile, has been valued at $3.7 billion, making it one of the county’s most valuable retail spaces, The Times reports. The owner of Saks’ parent company Hudson River Bay Companies, paid $2.9 billion when they bought the building last year and just took out a loan against the property, hence the valuation.

Less clear is the value of Urban Compass. Following Kyle Blackmon’s departure for the start-up last week, Brown Harris Stevens president questioned Urban Compass’s ability to cash in for a huge sum. Now The Real Deal examines whether or not the company is “the future” or just another brokerage, luring big names with promises of equity that will prove of little value if the company sells for only a modest profit.

Speaking of start-ups that might be too big for their britches: Airbnb believes it deserves the Nobel peace prize, Curbed reports.

Unambiguously valuable: land in the Hamptons. A battle over conservation, development and greed—only no one can agree on whose—is raging as one man tries to sell parcels of land that sits atop an aquifer to Amagansett, according to The Times. But the son of the man who sold him the land wants to exercise his right of first refusal, though whether it is for purposes of conservation is not entirely clear.

The city has moved 750 homeless families into NYCHA housing this year, the top number allowed under an agreement reached with the housing authority, but the number of families in shelters continues to grow, The Wall Street Journal reports. Advocates argue that Bill de Blasio’s efforts have not been sufficient and the population living in shelters has shot up to 58,562, from 51,110 last year.

On the other end of the spectrum, One57 continues to be a building of very rich, mysterious buyers, with a Pasadena, CA.-based LLC. having just purchased a unit for $52.95 million, according to The Real Deal. We wonder if they introduce themselves in the elevator or prefer to maintain the mystery.

Last of all, the East Village’s De Robertis Caffe, open for more than a century, will close Dec. 5, Bedford + Bowery reports. The four siblings who run the business have decided to sell the building, citing declining health and the fact that people don’t want pastries anymore: “People’s buying habits have changed. They’re weight-conscious and don’t want the items that we sell in their diet. People always tell me, why don’t you change the nature of the business, change the items that you make. You know, you are what you are. To sell fruit and sandwiches, I don’t know if that will fit here. It’s not in my blood to do that.” 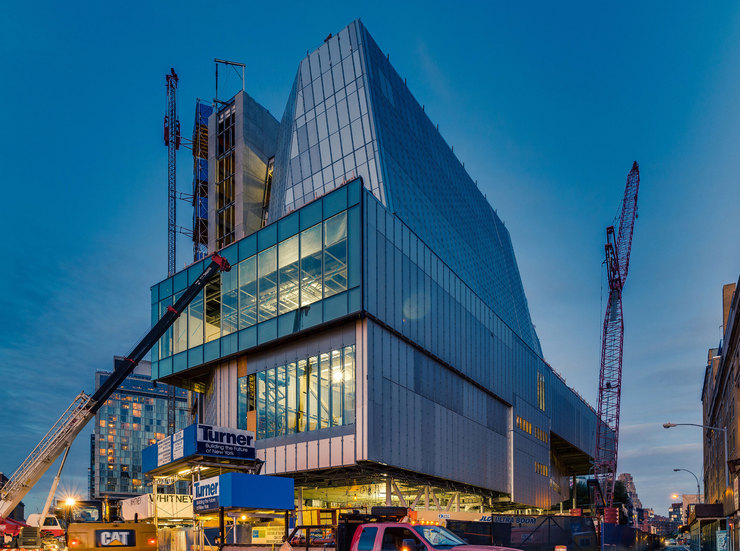