There’s something about ebook reading that’s still icky for some finicky readers who fancy themselves intellectuals. Maybe it’s that the ~handfeel~ of an iPad doesn’t stand up to the deckled edges of a Penguin Classics Deluxe edition, or that there’s no street cred from reading Capital in the Twenty-First Century if no one in Caffe Reggio can see the book jacket. But that doesn’t mean these readers can’t be won.

Oyster, an app that’s most often described as being “Netflix for Books,” is launching a literary magazine called The Oyster Review.

The new digital mag is the first brainchild of writer, editorial remixer and famed Internet Person Kevin Nguyen in his new role as Editorial Director for Oyster. Mr. Nguyen joined the startup a few months ago after he was poached from Amazon, where he put together the Best of the Month picks as a books editor.

Mr. Nguyen dug hard into his rolodex to publish a strong first salvo of notable writers. In the first week, they’ve published a Kyle Chayka essay about Rachel Kushner’s new novel The Flamethrowers and a reader’s guide to Ursula Le Guin by Choire Sicha.

This is from the Choire Sicha piece, which gives you a taste of the Review’s editorial voice as much as it lays out the editorial mission:

Why do we like the things we like? And how do we find those things? Two ways, I think, usually. Someone we adore tells us something is wonderful, and we go for it and hope for the best. The other way is we are told that X new thing is like Y thing that we like. “If you like Def Leppard, you’ll enjoy Motley Crüe! If you like cake, you’ll also enjoy donuts!” Not terrible, but not too good right?

So how would you know if you are someone who would love Ursula K. Le Guin? There’s only one way to find out. You will have to jump in and discover. Our job here is to make sure that you jump in at the right place.

The mag will remain free for anyone to read online, but only the paid subscribers will get the sweet payoff of clicking right through articles like Rachel Hurn’s review of The Son into actually reading the book itself. This is the ideal function of The Oyster Review: to convert the unconvertible, to court a readership from readers for whom no number of 5-star ratings on Amazon will convince them that some new memoir is worth their time.

The style and design of The Oyster Review puts it in line with other aspirational literary reviews. There’s the trendy, white-space heavy layouts pioneered by Aeon Mag, Medium and, most obviously, the New Yorker’s latest redesign.

“Obviously it has a very literary sensibility, and evokes the Paris Review or the New Yorker,” Mr. Nguyen said. “We’re having the same conversation as these other sites, and having the aesthetic evokes that.”

Of course, we pestered them again with our favorite question: will Oyster start publishing original content, like Netflix and their blockbuster original series? No, the Oyster team is very bullish about the big publishers, and is unwilling to shake that tree.

“We’ve seen other people try to do it themselves and underestimate how good publishers are at their job,” Mr. Nguyen said. “We’re interested in joining the literary conversation, not do what publishers do.” 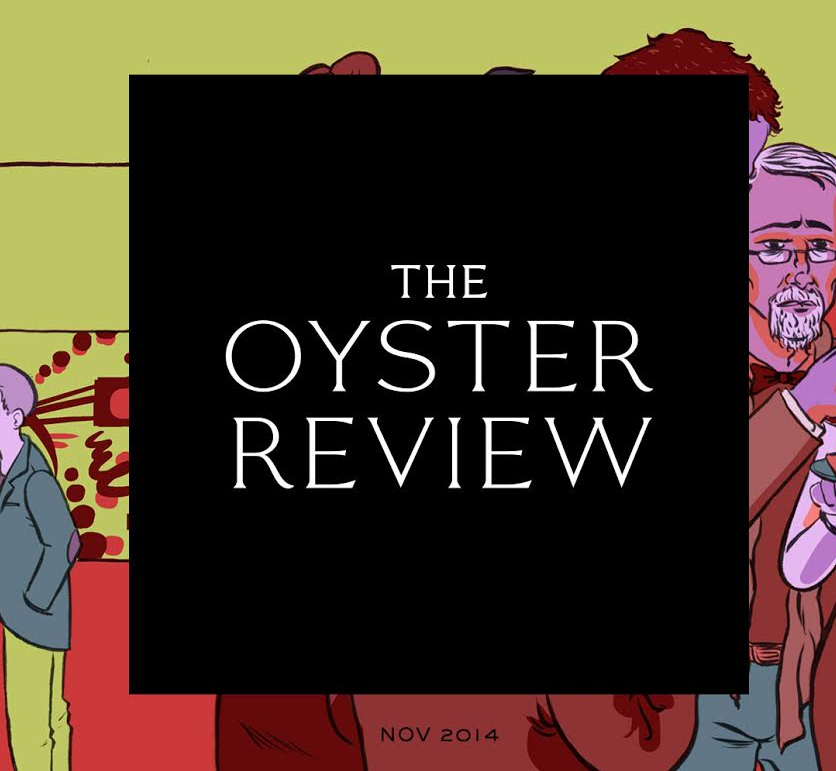