This episode of Parenthood was teased as the ‘Joel and Julia hour’ and the two certainly had their sad, confusing moments, but at the end of this installment, they’re still in the same situation that they’ve been all season – she wants a divorce and he wants her back.

While this is a very realistic state of affairs for many couples, and it’s truly quite emotional that it’s come to this point for this pair and one can’t help but ask as Joel must be, ‘Exactly how did we get here again?’

Flashing back to last season, we’ll remember that this all started when Joel accused Julia of having an affair, which she wasn’t. He was the one who decided to move out. He was the one who started the steps to end the marriage. She was the one who begged him to come home. It’s not clear exactly when or how things turned in such a manner that Joel is now the one who wants to save the marriage while Julia is ready to move on. It could be that Joel spent too long trying to make a point, and then sort of forgot what exactly that point was, only to see Julia stop begging him for the forgiveness that she never really desired. She held onto hope that they could fix what was broken until she decided that she wasn’t the one who thought things were irrevocably broken. It was clear a few weeks ago when Julia told Joel that she was seeing someone that the thought of this happening never enter Joel’s mind. He thought that the decision to reconcile would just indefinitely be open to him. He was incredibly wrong.

Also incredibly wrong is a scenario in which Adam and Kristina would go out of town and leave Amber in charge of Max and baby Nora. Max alone is enough for one person to handle, add in a toddler and the fact that Amber looks like she’s going to have that baby any time now and any one can see this is not a good situation for anyone.

When Amber fails to get the kids to a planned Alcatraz visit in time, Max has a major meltdown and screams that Amber is going to be the worst mother ever. This seems a bit harsh and do we really need to hear this note again? It’s been played several times already. Yes, there is a obvious divide in Amber’s mind when it comes to what she thinks it’s going to be like to be a parent and what it’s actually going to be like, but please stop beating this issue into the ground. The girl is certainly trying and this was not a good way to evaluate her parenting skills. She’s not going to immediately have a teenager with special needs and a toddler to chase. She’s going to have an infant and while this may be challenging for someone as emotional as Amber, it seems we’d all like to believe that she’ll rise to the occasion. Amber will certainly do her best to be a good mom and as any mom can tell you, that’s all you can do, and often accepting that is the hardest part of being a parent.

When it comes to parenting and relationships in general, this week’s award for best roller coaster ride clearly goes to Hank. One minute the guy was clueless as to how to handle his crying daughter, the next he was ignoring a weeping Amber, then he was telling his ex-wife that he understood his role in the break-up of their marriage and finally he had a happy moment with his family.

Hank’s journey involved a lot of people along the way, but it was Sarah who obviously had to do the most damage control in the wake of Hank’s whirlwind adventure.

First, Ruby bursts in demanding to go to another school. At a loss as to what’s happening, Hank mumbles his way through his inquisition as to why his daughter is so upset. It’s Sarah who realizes that this all has something to do with a boy. She bonds with Ruby a bit when she comforts the teen, clearly understanding this situation as she may have experienced it with her own daughter.

Then Hank gets into trouble with Sandy when she shows up early to pick up Ruby and finds the teen watching Fast Times at Ridgemont High, saying it’s inappropriate. He freaks and ends up going to see Max on the pretense of a retrieving a camera. At Adam and Kristina’s place, he’s greeted by Amber who’s in tears over her failed attempt to have a successful outing with Max and Nora. Not trying to console her in the least, Hank brushes past her and joins Max who’s in a full on rant in the kitchen. It’s quite a telltale sight to see both Max and Hank vigorously pacing back and forth trying to work out their anger and loss of control issues.

In this moment a realization leads Hank to pay a visit to Sandy to admit, very clumsily, but quite heartbreakingly, that he’s in counseling and has come to the conclusion that he has Asperger’s and that he now understands that he was at fault for many of the problems in their marriage. Sandy softs toward him upon hearing this and later arrives at his place wanting a family outing with Ruby to Yogurtland, one that doesn’t include Sarah who is left standing alone as the seemingly happy family leaves together.

Drew’s attempts to keep grandfather Zeek happy put him in several uncomfortable situations. First, Zeek drags Drew to an old burger joint that Drew knows isn’t good for a man who recently had open-heart surgery. Then Zeek insists he and the boy go out and shoot at cans of creamed corn, the very suggestion of which appalls Drew, mainly because it’s not in a field or at a gun range but in some shady parking lot in front of a liquor store. It’s only when Drew’s girlfriend Natalie explains that Zeek just wants to relive some of his favorite moments with Drew that Drew relents and agrees to go shooting with his grandfather, but at a properly sanctioned range, not in some scary remote setting.

It wouldn’t be a true episode of Parenthood without at least one of the Braverman’s doling out some advice that sparks another family member into action. In this case, this exchange occurs when Joel comes to tell Zeek that he’s on the verge of signing the divorce papers and he wants to say goodbye to the Braverman patriarch. Zeek won’t hear of it and insists that Joel put a halt to all of this and fight for Julia, which Joel promptly does, arriving at their house, the ownership of which has been the subject of a quiet debate amongst the two, and declares that he doesn’t want to live another day without her. While a stunned Julia, having just sent her admirably empathetic boyfriend home, offers no immediate response, it’s clear that there are many, many more elements to play out within this story and the relationship between these two is far from being completely over.

Speaking of over, one has to ask just how long Sarah will stay with Hank and put up with him, his daughter and his ex. Hasn’t she grown weary of all of this yet? She’s been through troubled ex’s before, she’s been through teenaged angst before, she’s done her time with all of this. Doesn’t she deserve to be with someone who loves her, treats her well and isn’t a mess? This type of relationship just doesn’t seem possible with Hank. If the rumors are true that former flame Mark might be making an appearance in Sarah’s life soon, given the upheaval having Hank has a boyfriend has caused, it could be very nice to see someone give Sarah the kind of stability every woman dreams of and that she certainly deserves.

And how about poor Drew? The kid seems to have gone away to college but not quite far enough because he’s still getting dragged into family issues. First, Amber keeps showing up on campus to discuss her problems, and the dramatic nature of which caused Drew to change his major to economics from a liberal arts degree because he realizes that he’s going to have to help her in the future. Now, Zeek keeps encouraging him to blow off his studies and hang out. I’m sure a lot of fans are thinking, ‘People, let the kid be!’ Let him have a college experience. The kind where everyone leaves him alone and every once in a while he just shows up looking hungover with a huge pile of laundry at his side.

Judging by next week’s promo, in the next episode of Parenthood, Max’s strange crush Dylan returns, Hank and Ruby’s discord escalates and Amber’s pregnancy takes an unexpected turn.

But the real question is, will we find out what Joel and Julia decide, since that situation is still unresolved? True to real life, these things do take time, but unfortunately, the clock is running out for Parenthood as we’re down to just six final episodes.

So far this final season has been satisfying in the way that every character’s story has played out. Let’s hope it stays that way. 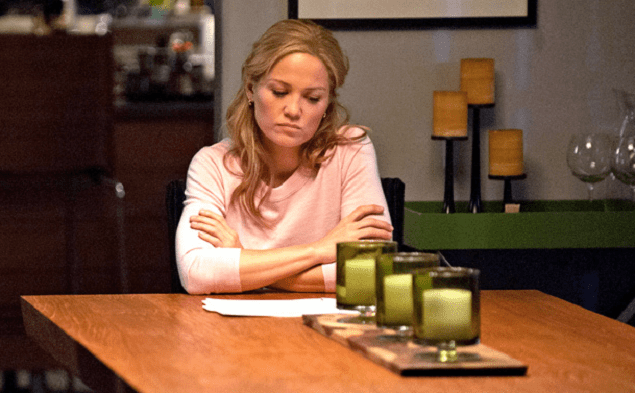