Ernest Hemingway once wrote, “There is no hunting like the hunting of man, and those who have hunted armed men long enough and liked it, never care for anything else thereafter.”

Armed and dangerous men and women serve as prey for the U.S. Marshals Service, and Brian Finke was given intimate access to document the training and thrills of life as a U.S. Marshal. According to the Federal Bureau of Investigation, there are over 6,500 fugitives on the run, and the men and women of the U.S. Marshals service are tasked with breaking down doors, jumping fences and doing is whatever necessary to bring them in. We spoke with Finke and Deputy U.S. Marshal Cameron Welch about the series, captured in a new book, and what it means to chase a fugitive.

Were there rules and restrictions placed on you during ride alongs? Were there some things you could or could not do, and how did that affect your work? I needed to keep the perp’s identity anonymous, which worked fine because I wanted to keep the attention on the Marshals, and their activity.

Many of your photographs are highly stylized with light and shadow, almost giving them a staged look. Is this something you were going for, and what was the message you were trying to give by doing that? It’s an intentional decision, my assistant and I run around using hand held strobes to mix the artificial lighting with the natural light to create a tension in the photographs of not knowing where something is real or not, I like the curiosity that it builds in a photograph.

From the perspective of an outsider, can you describe the culture among the U.S. Marshals? Normal, everyday men and women going to work and working really hard at what they do, complete respect.

Hunting wanted fugitives doesn’t necessarily come off as a woman’s job yet you can find women dotted throughout the series. Did you see anything interesting in the ways the women were treated by the men they worked with or the one’s they hunted? I saw no distinction between gender, everyone is there to get the job done.

Were you ever afraid, and can you tell us of a time that you were most afraid? I witnessed sex-offender round-ups in Las Vegas, con air prison extradition from Cuba, intense Texas/ Mexico border activity, like in the Wild West. But I never felt my life was in any danger. Maybe I was a bit naïve in some situations, but the Marshals are all about overwhelming force when going to serve the warrants. It’s amazing watching them do their thing.

How long have you been a U.S. Marshal and can you give a brief description of the job? I have been a US Marshal for approximately 12 years (5/03). I am currently assigned to the Gulf Coast Violent Offenders and Fugitive Task Force in Houston, Texas tracking violent fugitives. The mission of the USMS is pretty broad compared to our other DOJ components. We are the oldest Federal law enforcement agency in the country established by George Washington under the First Judiciary Act of 1789. Such responsibilities consist of Judicial Security, Witness Protection, Fugitive Investigations and Prisoner Transportation.

You knew Brian from high school, did that change what you showed him? Did you feel as if you were able to show him more or less of what you really do? No, but he did get to see more! For years on multiple occasions I have been afforded the opportunity to have local and national media ride along with me during fugitive investigations. During those ride alongs their story was strictly limited to fugitive cases. In regards to Brian’s project, we wanted to facilitate a much broader aspect of what we do in order to depict what the USMS does on a daily basis. I feel that during this project Brian’s exposure to our job was definitely from the front lines and as accurate as you can get.

Many of the photographs seem to come from training, how important is training for you as a U.S. Marshal and how often do you do it? Training is an essential part of our work. We live by our training as it is one of the things that keeps us safe. We continually strive to train multiple times a month with USMS personnel and other law enforcement components.

What are some of the things you do to get ready and head out to hunt fugitives? I like to think about the situation at hand in its entirety. What the subject is wanted for, their criminal history, their abilities, training and background. Basically to get in the mind of a criminal….. and then go out and find him!

Take a look at Brian Finke’s U.S. Marshals book here to check out the rest. 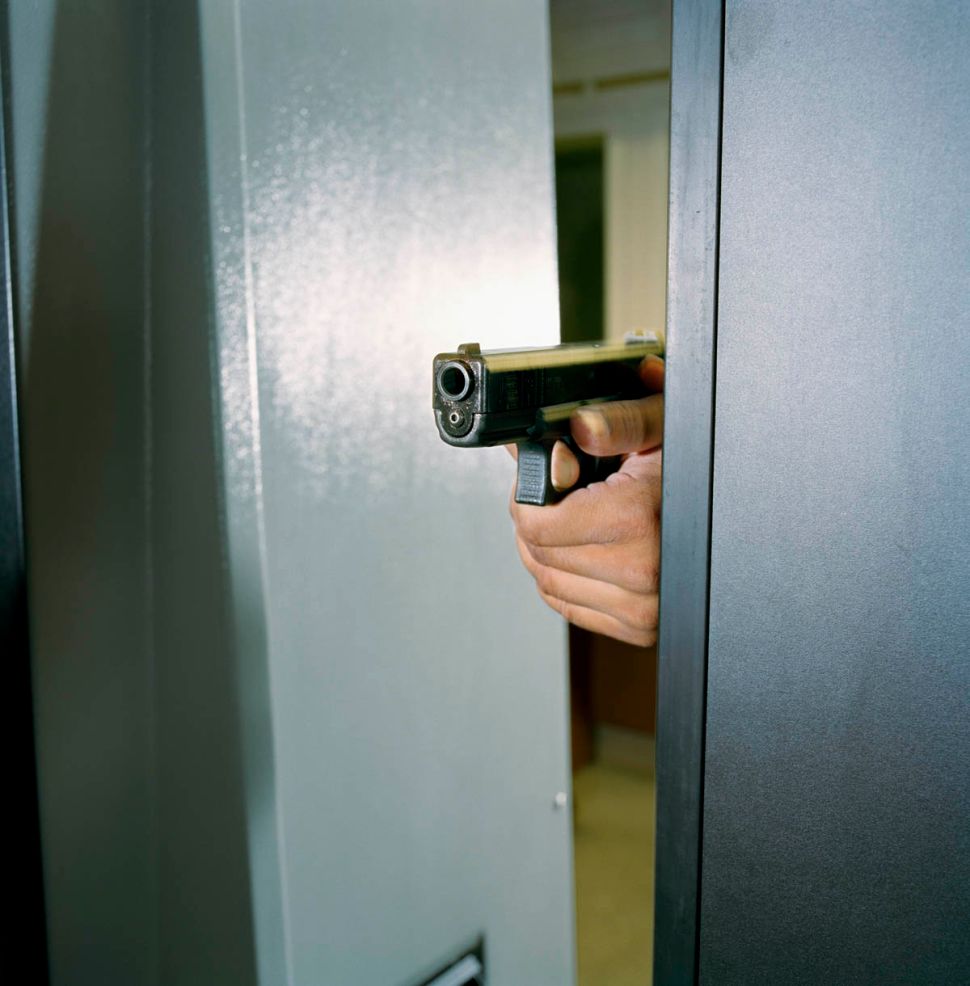