In the debate over the city’s potential pied-a-terre tax on $5 million-plus properties, the point of contention is whether such a tax would constitute a panacea or a plague, with the de Blasio “tale of two cities” faithful arguing that such a proposal would constitute a “perfect tax”—filling the city’s coffers without alienating anyone who actually lives here—and Bloombergian “never met a billionaire I didn’t like” types siding unequivocally with Steven Spinola, president of the Real Estate Board of New York, who called the tax “a good way to start the collapse of the residential market.”

Generally taken as a given by both sides is that, at present, owners of pieds-a-terre, whose ranks have swelled considerably in the last few years, are already contributing a substantial amount of money to the city in the form of real estate taxes while making few demands on it.

They come, they spend money, they stimulate our economy and shower the city with their riches, then flit away, far more salubrious for the city’s fiscal health than the year-round-residents with their needs for police and fire, schools and sanitation. Or so the story goes.

As one such Torontonian recently put it in a haughty op-ed published in the Daily News: “Nonresident owners like me pay plenty of property and sales taxes and do not cost the city anything.”

This is a fiction. No matter one’s opinion on more and more people keeping pieds-a-terre here—as The Times recently reported, in some of the census tracts surrounding Central Park, more than 50 percent of the apartments are pieds-a-terre—all apartments, even mostly empty ones, use city services.

“Certainly these buildings benefit from our uniformed agencies—police, fire, sanitation—and they use the city’s infrastructure, the subways and parks and cultural institutions,” State Sen. Brad Hoylman, who plans to introduce pied-a-terre tax legislation in Albany, told the Observer in a recent phone conversation.

And it is precisely those city services—our police, fire, courts and, yes, even our sanitation—that make New York City the eminently attractive safe deposit box that it is for wealthy foreigners. The global elite dumping money into the city’s real estate market are doing so because it is safe and stable. Their investments are protected by the kinds of city services that maintain a peaceful civil society—a type of security whose lack in investors’ home climates is often the direct motivation behind their purchases in the first place.

“Even if these individuals are not using these services, they have invested in New York City because it’s a safe and stable investment and they’re benefiting from these systems,” Mr. Hoylman added. “Can you put a price tag on the rule of law?”

Moreover, buildings like One57 are full, if not with residents, then with the constant stream of doormen, maids, concierges and assorted attendants who require tax payer funded infrastructure to watch over and maintain trophy properties such that they retain and increase in value.

Nor does opting out of public systems exempt one from taxes, though many of us might like it to—part of enjoying any society’s spoils is paying taxes for things whether one uses them or not. While the aforementioned Torontonian boasted that “We don’t put our kids in public schools. We don’t create potholes. We don’t clutter city streets with cars. We don’t complain, hoist placards or march in front of City Hall demanding more entitlements,” the same could be said for a large percentage of New Yorkers.

A third of New Yorkers live in single-person households, meaning they most likely don’t have children in public schools, and less than half own cars that cause potholes or clutter the roads. (Moreover, if this part-time resident doesn’t use a car or taxi, she’s still taxing the public transit system and pedestrian infrastructure.)

And since when, by the way, is being an active participant in a democracy a bad thing? As Mr. Hoylman noted, “with so many absentee owners, you lose a sense of community, neighbors aren’t available to look out for one another.” Generally, cities work best when the people who live there care about them and community participation is, generally, thought of as an important contribution, paid with time if not money, that makes a city work.

It’s not only surprising that absentee ownership could be construed as a positive for the community, but that it has been for so long. As State Sen. Liz Krueger recently noted of a conversation she had with a developer of a Midtown residential tower boasting that the buyers would basically never be there: “He said it like this was a positive thing.”

Nor should the money spent by rich non-residents, often described as a form of noblesse oblige that supports the modern day serfs who work in the entertainment and hospitality industries be construed as anything other than money spent for goods bought and services rendered. It’s an economic transaction whose terms have been determined to benefit both parties, not charity, as rendered by that Canadian pied-a-terre owner: “the money we spend…. employs concierges, maintenance and cleaning personnel, masseuses, clothiers, hairdressers, tailors, cabbies, entertainers, vendors, museum curators, chefs, waiters, bartenders, comedians, singers, musicians, actors, artists, athletes and goodness knows who else. And a new tax is the thanks we get?”

But why should New York thank anyone who comes here seeking his or her own economic self-interest and pleasure? In determining tax rates for pieds-a-terre or otherwise, New York City should strive to be shrewdly self-interested and nothing more. The world’s wealthy buy real estate in New York not because they are benevolent, but because it is in their economic self-interest to do so, and we would all do well to remember that. 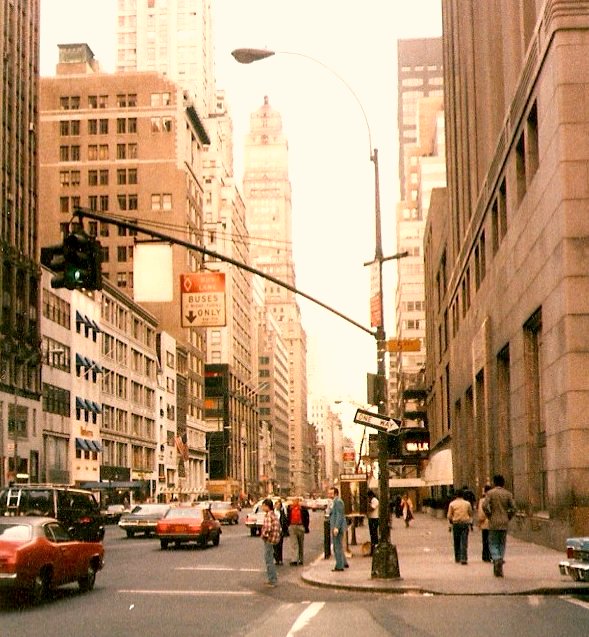