The Vatican has announced that Pope Francis will visit New York City next year.

It was announced Monday, according to New York Daily News, that the pontiff will visit Philadelphia for the World Meeting of Families in September 2015. While in the United States, Pope Francis will make a stop in New York City.

Mayor de Blasio invited the Pope to New York when he visited the Vatican earlier this year.

“I wish to confirm, if God wills it, that in September of 2015 I will go to Philadelphia for the Eighth World Meeting of Families,” the Pope announced on November 17. The Daily News reports that Archbishop Bernardito Auza said Thursday, “If he comes to Philadelphia, he will come to New York.”

Pope Francis’s scheduled trip to Gotham City will be the first pontiff pop-in since Pope Benedict payed a papal visit to New York City in 2008. 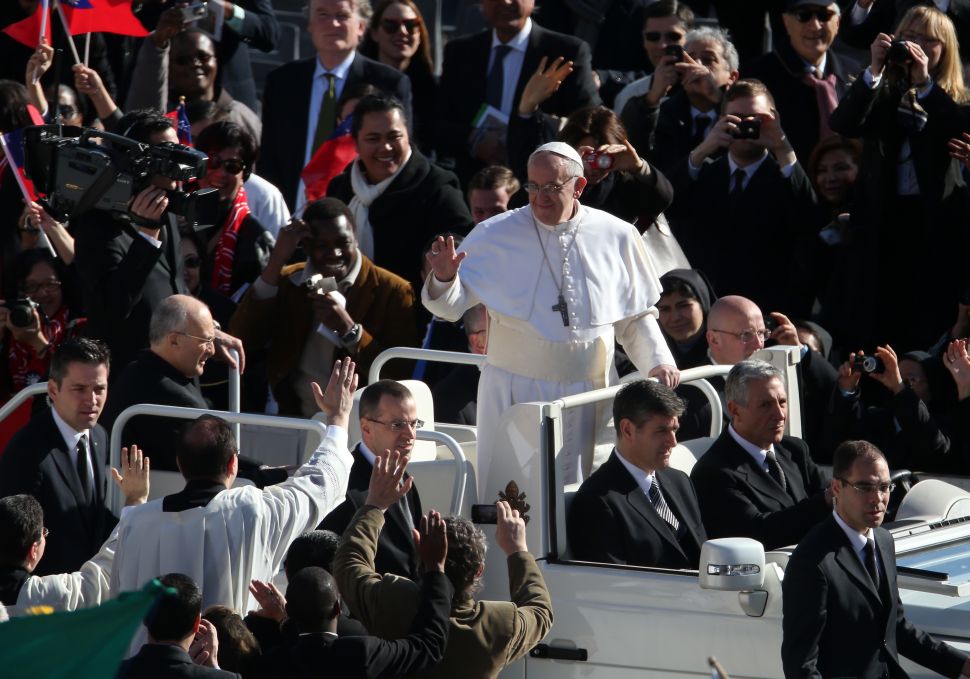