Members of the City Council’s Progressive Caucus and liberal activists converged on the steps of City Hall to argue that the NYPD’s new policy of issuing summonses instead of making arrests for possession of small amounts of marijuana does not go far enough–and to push a new bill that would require cops to identify themselves upon making a stop and to explicitly request permission before searching a citizen.

Mayor Bill de Blasio’s left-leaning allies in the Council argued that the new protocol for civilians caught carrying 25 grams or less of marijuana does nothing to end disproportionate stops and searches of minorities. Studies have shown that whites are more likely to use marijuana, but nonwhites account for roughly 86 percent of weed-related arrests.

Mr. Torres and the bill’s other advocates stressed that the law would not apply to cases where an officer already has a warrant or has probable cause to suspect a crime, and claimed that it simply affirms Fourth Amendment protections of privacy–comparing it to the Supreme Court-mandated Miranda Rights which police are required to read upon making an arrest.

“We’re not creating a new right, we’re affirming a right that has existed in our constitution and our legal tradition,” said Mr. Torres.

“By implementing a new policy of issuing a summons rather than arresting New Yorkers for possessing small amounts of marijuana, the mayor and commissioner have taken a significant step towards ensuring fewer New Yorkers face the consequences that arrest records bring,” Mr. Torres said on November 10 in a joint statement with Councilmen Carlos Menchaca, Donovan Richards and Antonio Reynoso–all of whom came out today in support of the Right to Know Act. “We commend the Mayor and Commissioner for this move, and we will continue to monitor its implementation …Today’s announcement will make substantial progress towards rebuilding that relationship.”

The Right to Know Act is largely identical to provisions Councilman Brad Lander proposed as part of last year’s Community Safety Act, which established an inspector general to oversee the NYPD and created new legal limitations on the use of stop-and-frisk. Mr. Lander’s recommendations, however, were left on the cutting room floor–until now.

Mr. Torres said the bill had 22 of the 26 votes it would need to pass the Council and make it to Mr. de Blasio’s desk. The mayor and the police department did not immediately respond to requests for comment.

Police unions–which have pushed back on a number of reforms Mr. de Blasio and the Council have proposed–lambasted the bill, arguing that there are already enough regulations on stops and searches.

“The Council’s meddling and uninformed proposals will prevent police officers from taking the actions that they reasonably believe they should to secure the situation in encounters with potentially armed and dangerous suspects. These proposals will endanger both the police and the public alike,” said Patrolmen’s Benevolent Association President Patrick Lynch. 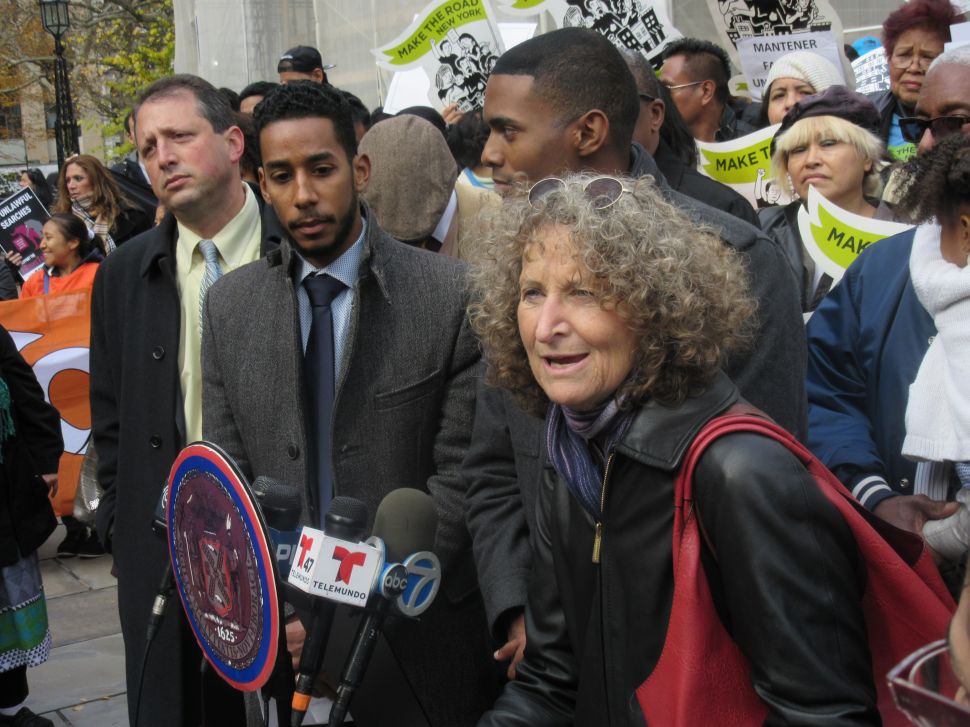