It has been months since Mayor de Blasio said the matter of Rachel Noerdlinger was closed and that there would no further discussion of the matter. As we suggested at the time, the mayor could not have been more wrong. The case was not closed; it only became worse, and now Ms. Noerdlinger has taken an unpaid leave of absence as chief of staff to the mayor’s wife, Chirlane McCray.

If you think she’ll return to City Hall, well, you probably believed that the case was closed back when the mayor pronounced it so.

Ms. Noerdlinger’s departure follows the arrest of her 17-year-old son, Khari Noerdlinger, on trespassing charges in Washington Heights on Friday night. It was the culmination of justifiable scrutiny of Ms. Noerdlinger, widely regarded as one of City Hall’s most-powerful staffers. Months ago, New Yorkers learned that her live-in boyfriend, Hassaun McFarlan, was convicted of manslaughter when he was a teenager and had run-ins with the law after his release from prison. He referred to the police as “pigs” on social media, and tried to use his relationship with Ms. Noerdlinger to talk his way out of traffic tickets.

The mayor regards all of the above as irrelevant. He said those who criticized Ms. Noerdlinger were latter-day McCarthyites. Really? We await his characterization of those who call police officers “pigs.”

There was a time, the mayor said, when the personal lives of public officials were considered off-limits to the press, when the press respected boundaries. Now, he complained, there are no boundaries.

The mayor really needs to stop this sort of self-pitying rhetoric and simply move on. If he believes reporters should not have looked into Ms. Noerdlinger’s relationship with a convicted killer—a relationship she did not disclose as she should have—he truly has no understanding of the press’ role as a watchdog. But perhaps he believes his administration—so progressive, so pure—requires no watchdog.

The mayor’s petulance does not serve him well. And if he thinks the press only recently began to break down boundaries between the political and the personal, he needs a history lesson. The biggest issue in the 1884 presidential campaign was Grover Cleveland’s illegitimate child. Cleveland acknowledged his indiscretion with grace and contrition. And he won the election.

Grace and contrition. Ah, those were the days. 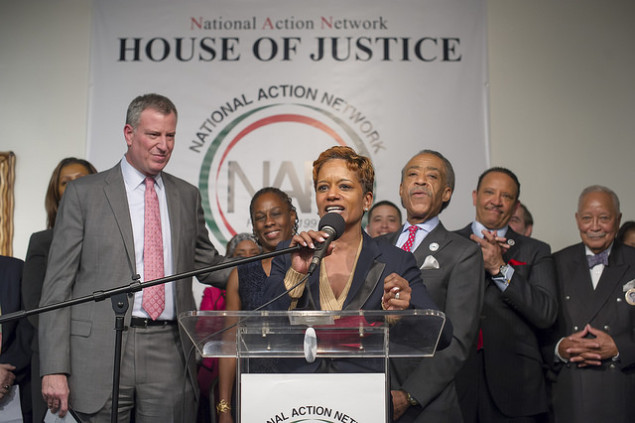