Two members of Indiana hip-hop artist Freddie Gibbs’ entourage were reportedly shot Monday night outside a Brooklyn record store in what the rapper says was an attempt on his life.

Gibbs had just wrapped up a performance at Rough Trade NYC in Williamsburg and was sitting in a black GMC Denali at North 9th Street near Wythe Avenue, when the gunman, wearing a dark hoodie, ran up to the vehicle and fired several shots inside just after 1 a.m., the New York Post reports.

One man suffered a graze wound to the hand and the other took a bullet in the leg. Both victims, whose names have not been released, are hospitalized and in stable condition.

The gunman was caught on security video inside the store, even standing next to Gibbs, and then waiting for him outside, but Gibbs said he didn’t recognize the man.

“Still Livin’,” Gibbs posted on Instagram after the incident, alongside a picture of himself.

No arrests have been made. 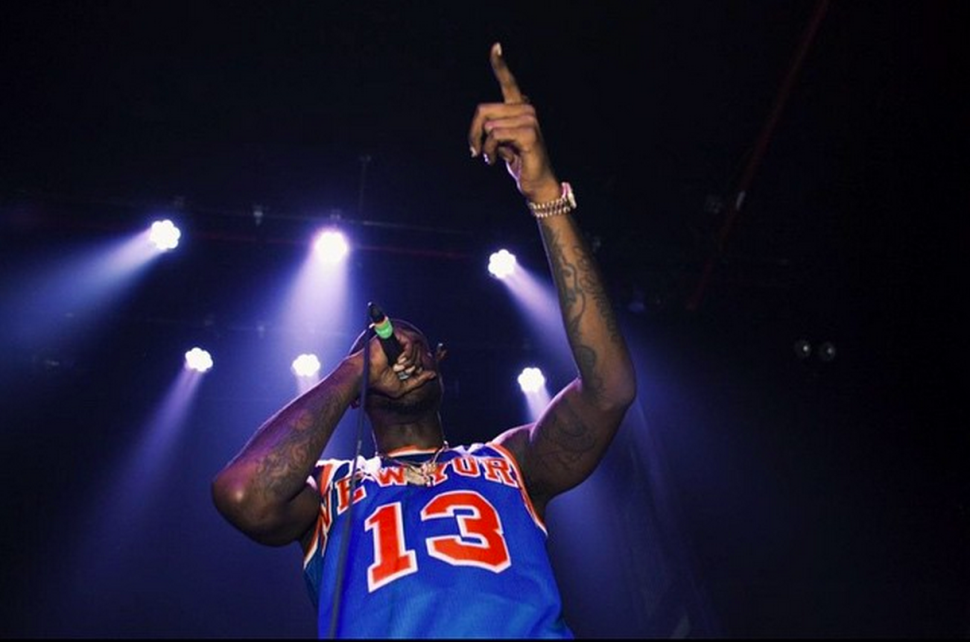