If you feel left out of the whole Twin Peaks phenomenon, we’re here to help! Every week, associate tvDownload editor Vinnie Mancuso attempts to figure out what the hell is going on in this town, while senior editor/Twin Peaks expert Drew Grant answers his questions. This week: ‘The One-Armed Man.’

You know that whole thing with Superman, where it’s like “Oh, he puts on glasses and all of a sudden nobody can tell he’s Superman? The people of Metropolis are rubes, rubes I say.” Well I always agreed, until last week when I had no idea Maddy Ferguson was supposed to look exactly like Laura Palmer. And then this week, she took off her glasses and oooooooh okay I get it now.

It appears it is I that is the rube, after all. I’m glad I see the resemblance, because now I understand James crapping his (presumably leather) underwear after seeing her in the diner. I look forward to seeing how this shakes the foundation of his unbreakable love for Donna that started three days ago.

Besides Maddie’s miraculous transformation, The ‘One-Armed Man’ felt, I don’t know, too normal? It’s saying a lot about the previous four episodes of Twin Peaks when the episode literally titled ‘The One-Armed Man’ felt the least weird and the most boring. Because, as I’ve said before, just having one arm isn’t that weird, Twin Peaks. Detectives Cooper and Truman burst into the One-Armed Man’s hotel room, knowing they’re looking for a guy with one arm, and then he turns around to reveal he does in fact have one arm, and Cooper and Truman are like Oh.My.God. Dale Cooper is A-Okay with having night terrors about dancing jazz dwarves but one-armed men having one arm is too weird.

And this isn’t even the creepy version of the dude that stood over Dale Cooper’s bed reciting poetry and such. This guy’s just a shoe salesmen with a case full of right-footed shoes which, okay, that’s kind of weird but also feels like one of those things David Lynch put on his “weird stuff” spinny wheel while writing this show. Anywho, Mike w/One-Arm does have a friend named Bob, but Bob’s not a murder-bag wielding scary guy. Bob’s a veterinarian, and Bob’s in a coma. Mike and Bob were such good friends that Mike got Bob tattooed on the arm that’s no longer attached to him. My only question, is the tattoo the actual word “BOB” or just, this:

Sarah Palmer sure did take a while before telling anyone she may or may not have seen a scary monster man in her house. Understandable, though. Between the screaming she has to do and the screaming her husband has to do…there’s just only so many hours in the day, you know?

Oh, and the visions. Sarah Palmer is having all the visions. One vision is of someone digging up Laura Palmer’s necklace, which is bad news for Twin Peaks’ favorite power couple Donna and James. The couple goes to confirm the necklace is gone, and find only a hole and a spooooky owl looking at them. Spookily. Donna suggest they tell someone: “This is about us. We have to do this for us,” she says, succinctly summing up her entire worldview and lack of caring for her dead best friend.

Speaking of not really caring Laura’s dead but kind of acting like you do when other people are around, Bobby huh? Whilst committing adultery Shelly lets slip to Bobby that Leo Johnson is hanging out with his drug-running buddy Jacques Renault. Bobby is so incensed by this news he plans to frame Leo with Leo’s bloody shirt. Later on, Dale Cooper and Co. search Jaques Renault’s apartment only to find the very same bloody shirt because Bobby put it there. Why were they searching the apartment? Because, duh, Jaques Renauly owns a myna bird named Waldo and Laura Palmer was attacked by a myna bird before she died. This show is…just exhausting, you guys.

What else, what else? Norma’s husband Hank is about to get out of jail on parole. He, for reasons, is planning on meeting up with Jocelyn Packard, and also he likes to put things in his mouth that people shouldn’t. 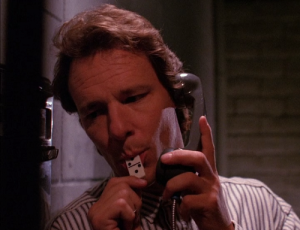 No, no Hank those aren’t for eating.

Audrey and Donna form a dynamic duo to help solve the Laura Palmer case (Donna is totally Robin. James is Robin the time Robin was a girl.) Audrey is going deep undercover at her father’s department store, becuase both Laura Palmer and Ronette worked there. Meanwhile, Audrey’s father is paying Leo Johnson to burn down the ol’ Packard Mill, Leo Johnson is busy murdering or worse intimdating to move Canada the entire Renault family, and through it all Peter Martell is having mayo on his sandwich because fuck his cheating wife. Phew.

Finally, we found out that the plastic item in Laura Palmer’s stomach was a chip from One-Eyed Jack’s. No, no Laura those aren’t for eating.

Lucy and Deputy Andy are fighting (more tragic than Laura Palmer’s murder IMO) and I’m not sure why?

It’s because Lucy and Andy have a real life relationship, filled with kazoo-and-banjo-filled highs (oh man, wait, have they gotten to the part where you see them at home playing instruments? Or did I just spoiler alert in my leather underwear?) and squeaky-voiced lows. Honestly, having a fight with Lucy is like having a fight with a hummingbird.

Though the older I get, the more I feel like maybe Lucy was maybe in the wrong for a bunch of these fights. Like all her stuff boils down to “Andy isn’t paying enough attention to me!” and, as we all know, Andy is just a doofus. And he’s trying to solve murders. No harm, no foul, Lucy! There are people murdering children out there! You’re engagement chicken can wait a couple days.

Nope. But he IS Riff from West Side Story! And look who his best friend Tony, is! 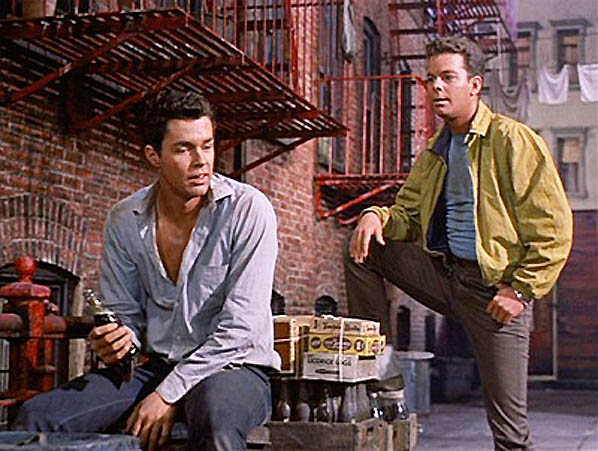 And if not (doubtful), what’s his deal?

Haha, what is he even talking about, this scene? Ben, I mean? Why is his face so horse-like? Maybe his magic buddy Jacoby the Wizard has turned his face into a normal human’s in exchange for keeping Laura Palmer’s death covered up? IDK, really. Did you know Norma was in the original Mod Squad? David Lynch really took his pick of the litter (actor litter, not puppy litter) for this program.

I know owls are important on Twin Peaks because…actually I don’t know why I know that. What’s up with the owls?

They are not what they appear. Also, they are super good DJs. 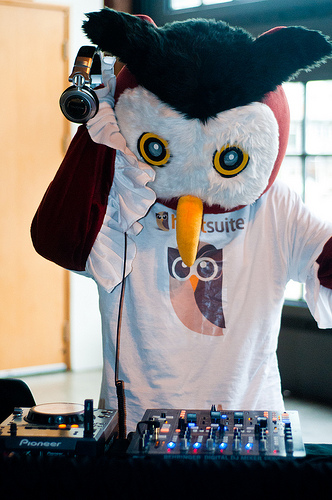 Owls are also brand ambassadors for evil/darkness/the dark thing that lives inside us all.

Well just like Mike and BOB are not Mike and Bobby, they are also not Mike the salesman and his buddy Bob. In the sense that we’re all our own people and when we go to sleep at night who knows what our spirit selves go off and do. Maybe murder? I couldn’t tell you: I was probably on Ambien, and therefore can not be prosecuted for any crimes I may or may not have committed in that time-frame. (As I learned from last week’s How to Get Away with Murder.)

Let me tell you a terrifying story that might help clarify things: when I was in Hawaii last week I woke up one more with a bad bug bite on my back. At least I thought it was a bug bite. It hurt so bad! And then as I was up making breakfast I heard my husband call from the living room, “Hey, what’s this potato peeler doing under the couch?” And I was like “God knows!” but when he picked it up, it was covered in blood. Like, my blood. From my back. From where I apparently stabbed myself with a potato peeler and then tried to hide the evidence?

In the trash I found two dishrags soaked pink from where I tried to mop up my own blood and then–get this!!–BLEACHED THE RAGS! I basically tried to Gone Girl myself and I have no memory of doing this.

That is basically Twin Peaks summed up in one night of Ambien, so take from that what you will. 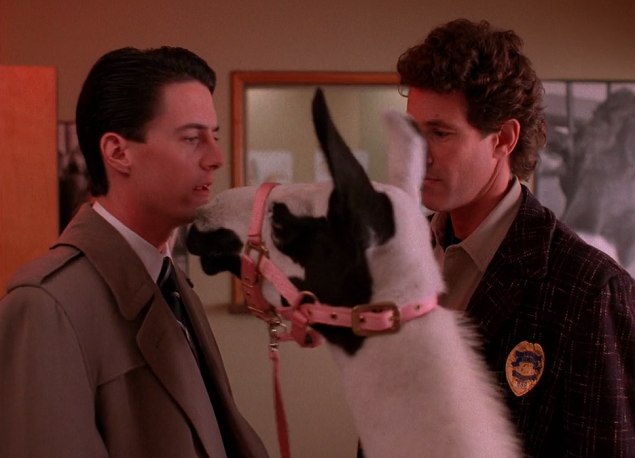