Families will matter in the 2016 presidential election. Democratic front-runner Hillary Clinton will benefit from the still positive evaluations of her husband’s presidency and enduring popularity. However, there is a possibility that closer scrutiny by voters of Bill Clinton’s presidency will not be so positive; and there is also an unspoken notion that Ms. Clinton owes much of her political career to the fact that her husband was President. Possible Republican candidate Jeb Bush will probably try to present himself to the voters as his father’s son, rather than as the brother of the second President Bush.

There is another likely candidate, Rand Paul, who is the son of a politician. Although Ron Paul never was President, he ran for the office several times, most recently in 2012. The senior Mr. Paul is a stronger Libertarian and less polished politician than his son, but the two share an outlook that separates them from many other Republicans. If Rand Paul runs, he will have to address some of the more controversial statements his father has made over the years, as well as the racist newsletters sent by Ron Paul in the 1990s, and his cozy ties to Holocaust deniers. Because Ron Paul has never been much more than a fun distraction in presidential campaigns, he has never been held truly accountable for these activities and statements, but they could come back to hurt his son. Rand Paul, however, should not be blamed for the erratic and sometimes intolerant things his father has said. Holding that against Senator Paul in a presidential campaign would not be fair to the younger Paul.

It is not altogether insignificant that Ron Paul continues to be active politically, in part as a frequent guest discussing a broad range of policy questions on the network RT (formerly Russia Today). The cable television network is widely seen as the major English language propaganda arm of the Kremlin. Kimberly Marten, a professor of political science at Barnard College and Columbia University describes RT as “the mouthpiece of the Putin regime…serv[ing] the exact same purpose as the old Soviet propaganda machine, but with much better graphics and production values, and more global coverage.”

Most American politicians wisely avoid appearing on RT. Ms. Marten said that she would advise politicians thinking about going on RT that “his or her words will likely be distorted and mistranslated in the Russian version of the broadcast…The Putin regime will use the appearance to further its propaganda purposes.” Ron Paul, however, has never been like most American politicians.

He frequently appears on RT to discuss a very broad range of issues including, but not limited to, Ebola, ISIS, U.S. government surveillance and the conflict in Ukraine. Mr. Paul’s comments usually reflect his quirky and curmudgeonly brand of Libertarianism. Mr. Paul explained to RT that the “whole mess that we’ve been involved in in the Middle East has been technically illegal because we’ve initiated war, but we haven’t declared war.” While commenting on RT about the U.S. midterm elections, Paul observed, “This whole idea that a good candidate that’s rating well in the polls can’t get in the debate, that’s where the corruption really is…If a third party person gets anywhere along, they are going to do everything they can to stop that from happening.” Both of these comments are defendable, and in some respects even compelling, reflecting the intriguing combination of being sometimes brilliant but often dead wrong that has long defined the Mr. Paul.

On July 4 of this year, Mr. Paul was a guest on RT and discussed the conflict in Ukraine, arguably the most important issue for the Russian media. On that show, Mr. Paul referred to NATO’s decision to stop all cooperation with Russia as “pestering and interfering.” In August, Mr. Paul wrote a column published on the-free-foundation.org that characterized U.S. and European efforts to oppose Russian aggression in Ukraine as “risking a major war with Russia to deny people in Ukraine the right to self-determination,” suggesting that events inside Ukraine are due to internal politics there rather than Russian aggression. Ron Paul certainly has a right to his views on Ukraine and Russia, just as policy makers from both parties have the right to ignore Mr. Paul’s views. Despite his father’s dubious views, the younger Paul should, and probably will, be evaluated based on his own sometimes inconsistent views on the Russia-Ukraine conflict.

It, nonetheless, cannot be completely ignored that the father of a presidential candidate, who shares the same ideological niche as his son, is a regular guest on the propaganda arm of an increasingly hostile foreign power. There is, after all, a difference between an eccentric former politician, who happens to be the father of a presidential candidate, producing a newsletter that expounds unusual and unconventional opinions, and that same politician regularly appearing on RT to share those views. At the very least this will be an embarrassment for Senator Paul, who may need to distance himself from his own father as his campaign moves forward. Given how popular the older Paul remains among the Senator’s Libertarian base, that might not be easy.

As Senator Paul’s campaign moves from exploratory to real, and he has to flesh out his foreign policy, he will confront a dilemma regarding Ukraine and Russia, if he breaks with his father and moves toward a more conventional and hawkish view on Russia, he will seem like all the other candidates and potentially alienate his Libertarian base. If, however, he takes a less confrontational position regarding Russia, his opponents can highlight the senior Paul’s relationship with the Russian propaganda operation. Neither of these are enviable outcomes. 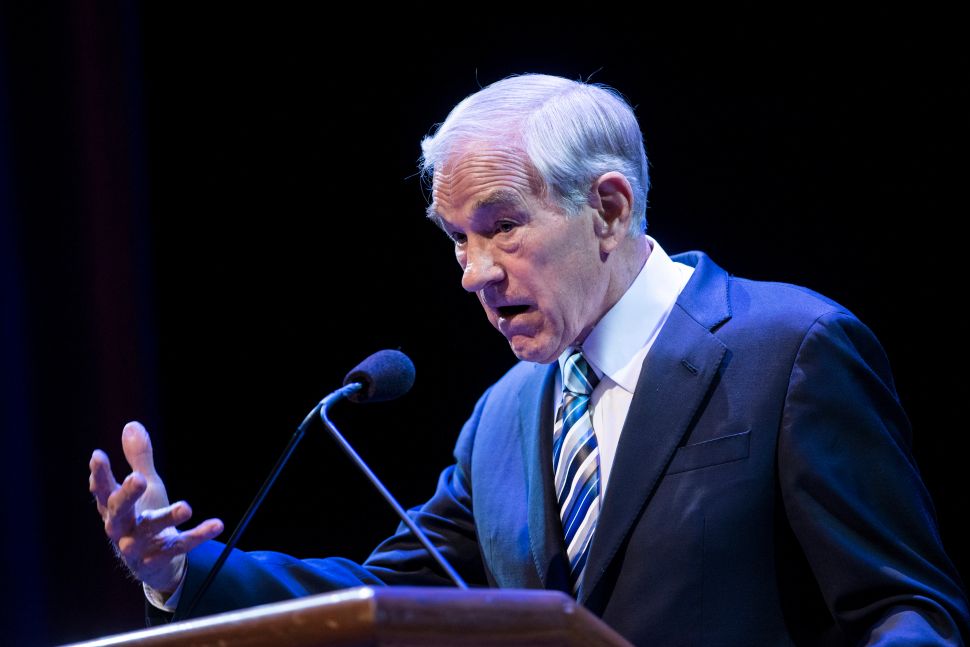