I’ve heard of disseminating ideas, but this is ridiculous.

The Russian-language newspaper, Trust, is reporting that an actual lawmaker—albeit one with a history of strange ideas—has introduced to the State Duma a bill that proposes extending the greatness of Russia by having children using the sperm of Vladimir Putin. To the best of our research, the Observer is the first to translate this strange proposal into English.

“The essence of my proposition is simple”, says the chairwoman of Parliamentary Commission on Women’s Affairs, Children and Family, Yelena Borisovna Mizoulina. “Each female citizen of Russia will be able to receive by mail the genetic material of the President, get pregnant from him and have a baby. These mothers will be receiving special allowances from the government.”

Ms. Mizoulina, who holds a PhD in law, made the proposal in a roundtable discussion regarding the issue of fertility and Russia. She went on to describe what would happen after President Putin’s babies were born, presuming that they will be male, at least in the translation commissioned by the Observer.

“And after the birth of the child, he will have to be given to be raised into the special institutions that resemble Souvorov Schools with the aim that he will be loyal to the Motherland and personally to the President of RF.” A Souvorov school resembled the “military boarding school” concept familiar to Americans and RF means Russian Federation.

“Children born from the Russian president in the future will form the military and political elite of the state,” Ms. Mizoulina is quoted as saying (her name is sometimes spelled Mizulina).

The article further states, “According to the deputy of the State Duma, the measure will contribute to the improvement of the demographic situation and the education of the population in the spirit of patriotism.”

At least one Russian national isn’t buying it. Mikhail Klikishin told the Observer the story is “total BS from Ukrainian yellow press.”

Ms. Mizoulina, who holds an office roughly equivalent to that of a U.S. Representative, is associated with the Dima Yakovlev Law and other efforts to prevent Americans from adopting Russian children. She is also known for odd proposals that express patriotism and concern for the continuation of the Russian nation. She recently recommended that all remaining Russian Jews consider leaving the country, stating, “We have enough problems.” In the spring of this year, she introduced a bill that banned higher education for young women who had yet to give birth before, presumably because Russian women are waiting too long to repopulate the state. Finally, Ms. Mizoulina also drafted a law prohibiting “sexual intercourse in the territory of the Republic of Crimea and Sevastopol.” To the certain relief of summering Russians, the law was not adopted. 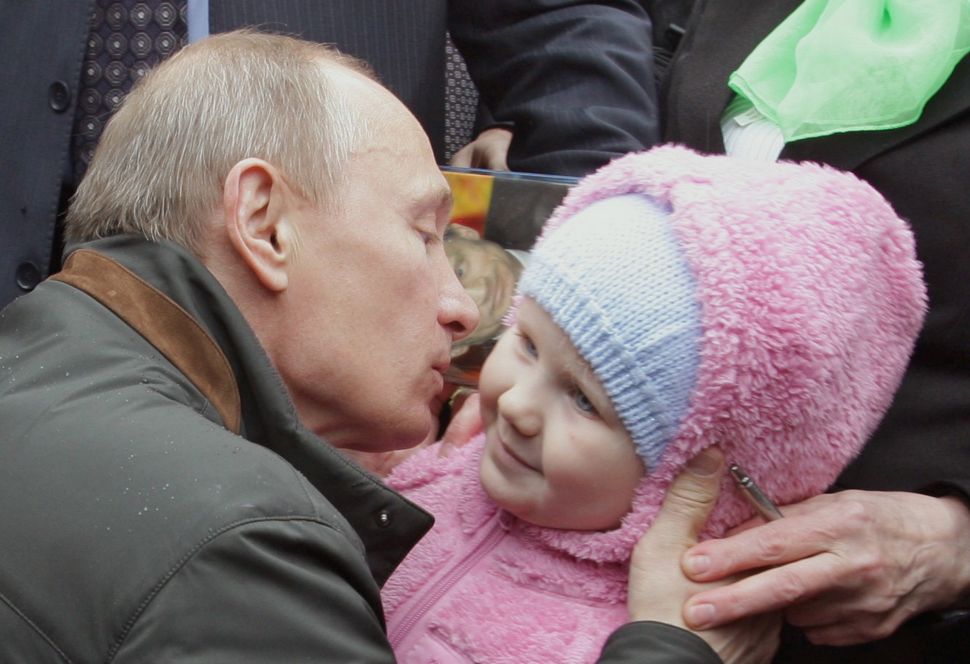