NEWARK – The rumor around Newark City Hall after former Mayor Cory Booker ascended to the U.S. Senate last year was that Clement Price, the esteemed Rutgers-Newark history professor, would be named interim mayor of New Jersey’s largest city. While that reported possibility never came to pass, the sad fact of Price’s death last week, and the responding powerful, positive affirmation of his life by Newarkers from all walks of life, showed that Price had something most politicians can only dream of: the true love of the people.

Several well-known Newark politicians were present at Price’s funeral on Friday at Newark’s Bethany Baptist Church, including Booker, Essex County Executive Joe DiVincenzo and state Sen. Teresa Ruiz (D-29). But it was Newark Mayor Ras Baraka who poetically crystallized the context of Price’s life and work, the work of the city’s historian who told Newark’s story to the world and made its past living and real.

“When I became mayor, Clement Price congratulated me and informed me that Newark was on the eve of its 350-year anniversary all in the same sentence. I guess this was his way of saying the campaign is over and we have to go to work,” said Baraka before an overflow crowd of more than 1,000 people. “Newark is one of America’s oldest metropolises that wears the scars of Western democracy all over her face, tragically beautiful, complex and proud. If you stop on our streets for a second and listen, you can hear Clem’s voice, beckoning us, forcing us all to deal with each other.”

Baraka added that Price was a vital viaduct between the powerful and powerless in Newark.

“Dr. Price had the ability to be in the rooms that many Newarkers couldn’t get into, which made his discourse that much more important and much more relevant,” Baraka said. “He had the opportunity to say things when they mattered, and he had the uncanny ability to make what mattered to him matter to you, too.”

“Clem was the patron saint of Newark,” Bunch said. “He realized that history was too important to be left in the hands of those who were trained to study it. To Clem, it was more important that the average person had a chance to wrestle with the past. In Clem’s mind, he knew that history is literally present in all that we do. To Clem, a public armed with a useful sense of the past is better able to live their lives and is better able to make this city better.

“He taught us that there is nothing more powerful than a people, than a nation, steeped in its history, and there are few things as noble as remembering and honoring all of our ancestors,” Bunch said before closing. “So, Clem, my dear friend, you fought the good fight. May flights of angels sing thee to thy rest.” 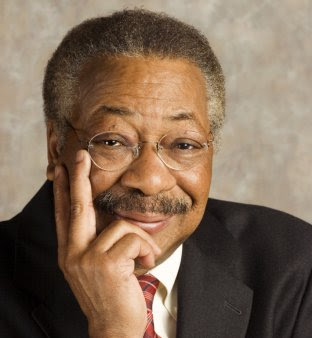