Senator Charles Schumer doesn’t think he’ll be in the minority for long.

The senior senator from New York said today he expects the Democrats to recapture the Senate in 2016 after Republicans swept enough races Tuesday to control all of Congress.

“The number one issue affecting our country and state is that the middle class incomes are declining, that middle class folks feel that the future is not as bright as they used to feel,” Mr. Schumer told the Observer at an unrelated press conference in Brooklyn. “And so the party that best answers that question will win in 2016. I believe it will be the Democrats.”

Mr. Schumer, first elected to the Senate in 1998, has served in the majority since the Democrats won control of the chamber in 2006. Now the third-ranked member in the minority, Mr. Schumer is one rumored successor to Nevada Senator Harry Reid, the outgoing majority leader.

Mr. Schumer said today he plans to support Mr. Reid for minority leader. The pugnacious Nevadian, about to turn 75, has said he would seek re-election in 2016.

Mr. Schumer also claimed he wasn’t worried about New York losing clout or funding because he and Senator Kirsten Gillibrand would be consigned to the minority for at least two years.

“In the Senate, you have to work in a bipartisan way unless one side has 60 votes. I’ve been able to pass some of the pieces of legislation I’m proudest of when we were in the minority,” Mr. Schumer said. “The bill that gives every family, middle class, poor family $2500 off on their taxes to defer the cost of tuition was passed when we were in the minority, it was my legislation.”

“The bill that allowed generic drugs to be more freely offered to people … passed when we were in the minority,” he continued. “So I’m going to keep working in a bipartisan way and I think that, I’m hopeful, that the new Republican leadership will want to work in a bipartisan way. I think they’ve said that’s what their intention is so I think we can make good progress.” 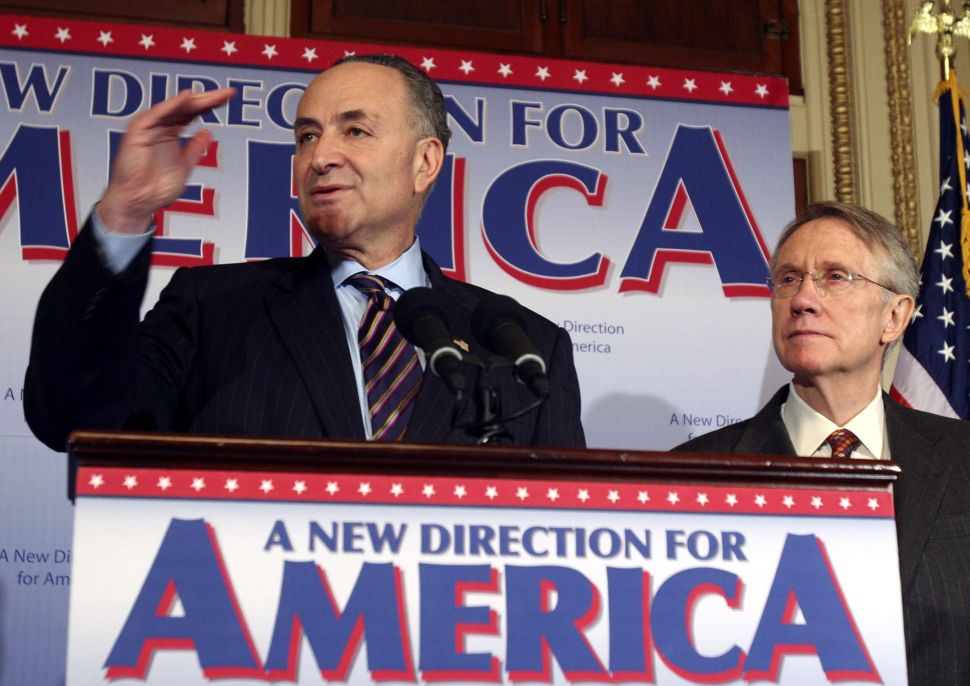