Senator Charles Schumer did not join the chorus of critics griping about Gov. Andrew Cuomo’s efforts to secure a Democratic majority in the State Senate, arguing that Mr. Cuomo did all he could for the party.

Unlike Mr. Cuomo, Mr. Schumer actively campaigned for Senate Democratic candidates and was explicit about his desire for the Democrats to retake control of the upper chamber. After a disastrous Tuesday for Democrats, Republicans now have an outright majority in the State Senate and can govern, if they choose, without the breakaway Independent Democratic Conference.

Some Democrats are angry at Mr. Cuomo for not using more of his formidable resources or clout to help them. The centrist governor previously enabled a Republican majority, supporting the power-sharing agreement between the GOP and IDC.

But echoing Mr. Cuomo’s own defense of his efforts, Mr. Schumer insisted the governor did plenty. Though he is not known to be close to the governor, Mr. Schumer had kinder words for Mr. Cuomo than Congressman Steve Israel, a Long Island Democrat and outgoing chair of the Democratic Congressional Campaign Committee.

Like the Senate Democrats, House Democrats suffered several gut-punching losses in the state and saw their delegation shrink.

“We had conversations several months ago with the governor’s staff about helping to organize and coordinate a campaign and I didn’t see the fruition to those conversations,” Mr. Israel told the New York Times. 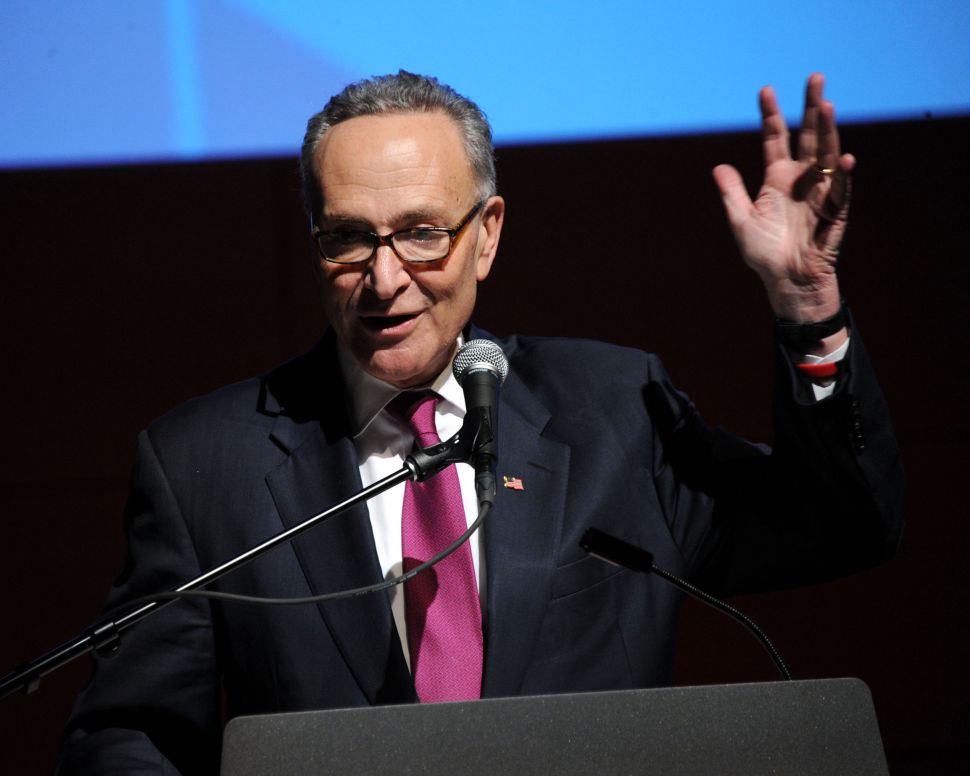