I was not born into wealth. I grew up in a small town in British Columbia, Canada, never imagining that one day I would work on Wall Street, let alone Goldman Sachs. In 1996, after eight years at Goldman, I became the youngest woman and the firm’s first female trader to make partner. “Youngest woman” and “first female”—labels like these are often attached to successful women, and my instinct has always been to embrace labels, not reject them. I was privileged to have been handed not just the Goldman paycheck, but a platform to boot. With that platform, I was determined to change the firm’s approach to diversity.

In 1999, Goldman went public, and with the resulting windfall, my husband (who made partner at Goldman the same year I did) and I created a family foundation. Suddenly, I had a new label: woman philanthropist, which I found more difficult to embrace. There were few high-profile women philanthropists back then. However, for those first few years, I didn’t think about it too much, because I was focused on raising my family, doing my demanding job well, and championing diversity at work. I was what one might call a “checkbook philanthropist.”

In 2002, I left Goldman. I’m often asked why. Primarily, I wanted to use my time, treasure and talent to make more of an impact on the lives of girls and women than I could as a banker. It killed me that there were so few qualified women in positions of leadership in corporate America, and I was determined to figure out how to change the ratio.

One of the first things I did after leaving Goldman was to search out women to guide me. Slim pickings! In the early 2000s, there were virtually no named large gifts made to nonprofit organizations that focused on the unique needs of girls and women. The situation was so shocking that I did a study with a woman who had left an executive position at Morgan Stanley. We presented our findings in a report called The Map, and made presentations to countless wealthy women with the goal of promoting nonprofits that support women and girls.

Through this process, we discovered dozens of incredible women philanthropists who were funding women and girls in ways both big and bold. These women became our partners, our sisters, and ultimately our tribe. Many seemed to share a common approach. Alison Bernstein, a former vice president of the Ford Foundation and current director at the Institute for Women’s Leadership, recently outlined the four factors that define feminist philanthropy for her: adopting collective approaches, applying a gender lens to your giving, bringing in men as allies, and demanding accountability from those who get the grants.

Regardless of how you feel about the word feminist and the avalanche of conflicting connotations that word is likely to inspire, I like her list, especially the second factor.

Employing a gender lens means being aware of the impact of gender inequities and/or gender norms on a problem or issue. Men and women do not experience the world the same way, and if you take these factors into account, the result is more effective philanthropy. By now, there is a mountain of research that confirms the multiplier effect of investing in women and girls, and the significant benefit these initiatives have on both men and women in the long run. The question becomes: how can we leverage this evidence to spur more funding to women and girls?

The reality is stark. In 2011, only 7 percent of all funding dollars went towards programs that specifically empower women and girls, and worldwide, a mere 2 percent was allocated to adolescent girls. If all philanthropists, but in particular women philanthropists, would only apply a gender lens to their giving, the impact could be staggering.

Why women? Because women’s wealth is growing exponentially, with 27 percent of the world’s total wealth currently controlled by women. In North America alone, women now control an estimated $13.2 trillion of personal wealth, and of the $41 trillion in intergenerational wealth that will be inherited over the next 40 years, 70 percent will be passed on to women. Think about it. Over the past four decades, the lowest recorded percentage of the average giving of disposable income by individuals in the United States was 1.7 percent. If North American women gave just 1.7 percent of their current wealth, that would equal $230 billion per year in donations. Worldwide, if women gave 1.7 percent of their wealth, women’s giving could reach $1 trillion annually by 2026. One trillion dollars! Could $1 trillion bring an end to gender-based violence, income inequities, or the relative scarcity of women in leadership positions? I don’t know, but it’s worth a shot.

As a woman philanthropist, I intentionally focus my giving on the unique needs of girls and women, and I urge all women to do the same. Men too. But specifically, to my fellow women, what is stopping us from both stepping up our financial capacity and speaking up collectively for gender equality? What are we waiting for? Twelve years ago, I left Goldman because I had a dream of a more equitable, balanced and just world. I yearned for the day when women would come together in support of other women, and commit their resources to making it happen. Today, we have the financial power to make that dream a reality.

Jacki Zehner serves as chief engagement officer to Women Moving Millions. Their new philanthropic initiative is All in for Her, which is a call to action for women to fund women. 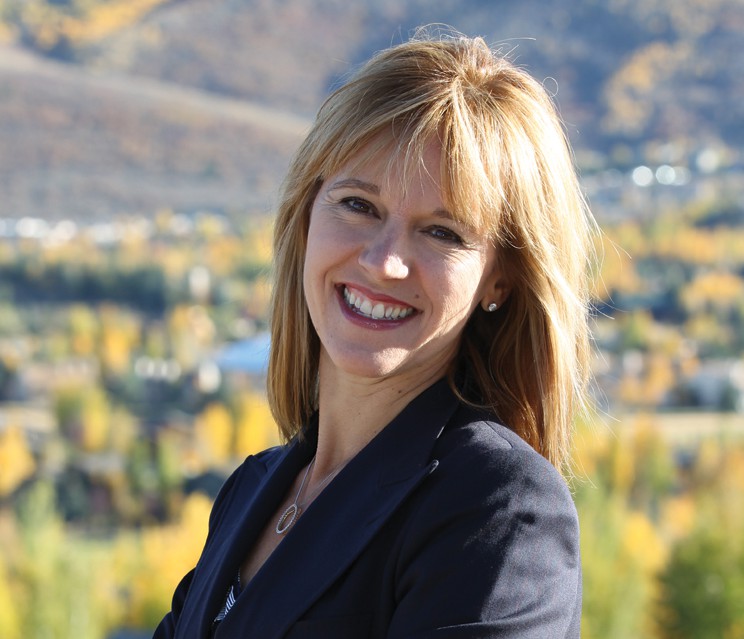