A benign bore called The Sleepwalker, directed without a shred of tension by Mona Fastvold (say who?) while falsely masquerading as a “psychosexual thriller,” is an American-Norwegian co-production about four neurotics in a remote cabin in the Massachusetts woods. Maybe that explains its confusion. It’s obvious that something got lost in translation.

A peculiar couple, Kaia (Gitte Witt) and Andrew (Christopher Abbott from Girls), are hanging out on a lake near Boston, renovating an old house. Things are fine until the sudden, unannounced arrival of Kaia’s pregnant and unstable sister Christine (Stephanie Ellis) and her boyfriend Ira (Brady Corbet, who co-authored the weak, desultory and, frankly, pointless screenplay). In the two days of teeth-gnashing angst that aimlessly follows, Christine keeps urging Kaia to tell everyone what their father did to them. She never does. There’s a sleepwalking incident that is supposed to jangle nerves but only succeeds in padding out the running time. Christine runs away. Everyone is upset. When Kaia comforts Ira, Andrew fumes. Mr. Corbet plays Ira with familiar yuppie arrogance, which only spurs the bearded, moody and dangerous Andrew to take out his anger and hostility with his fists, bashing Ira’s face in. Kaia collapses on the floor. Andrew stalks away into the forest. Ira ends up in bed with Kaia, his broken nose spraying blood all over the sheets. All you hear is Andrew on the telephone, his voice barely detectable as he reads a farewell note from the mysterious Christine, urging Kaia to reveal to her new lover Ira the secrets of what their father did.

So what did their father do? Will Ira ever get to a doctor to fix his nose? And what happened to the pregnant Christine? Was she kidnapped? Did she drown in the lake? Or was she just sleepwalking? They all seem to be sleepwalking, if you ask me, so how can you tell? One more shot of the lake is held for several minutes. Fade out, end credits. Among the many unanswered questions, I ask: Where do they find this junk, and where do so many amateurs get the money to finance it? It is possible that the four wasted actors have some talent, but there is no evidence of it on view in The Sleepwalker. 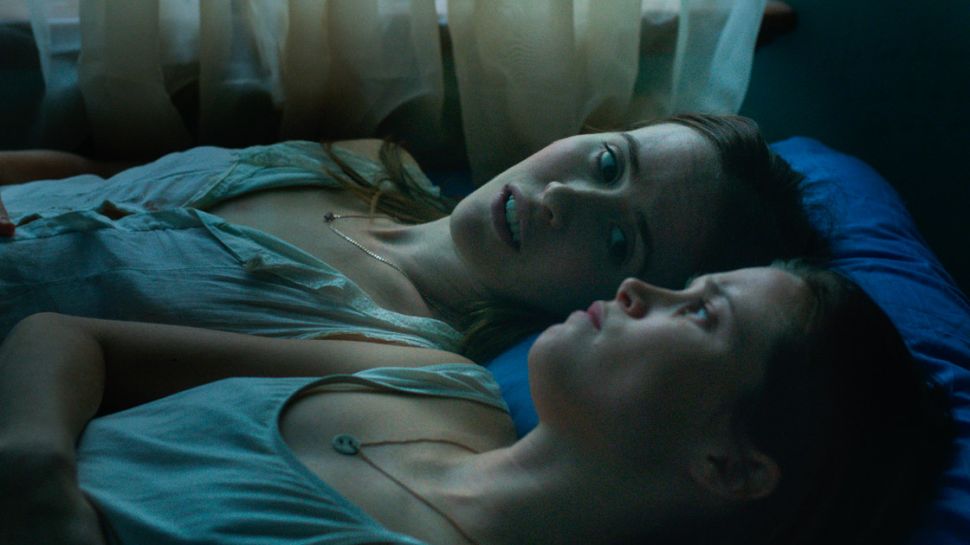