TOMS RIVER – The victory speeches are rolling in here at the TR Hotel.

Ahead by over 14,000 votes in his re-election race against Democrat Ruben Scolavino, U.S. Rep Chris Smith (R-4) stood victorious on the stage, then zoomed off to visit the remaining counties in his district.

But before ripping into the record of President Barak Obama (as he did last night), Smith stopped to thank the party’s newest hopeful, Republican businessman Tom MacArthur.

“We’re looking forward to the tremendous contribution that he will make to the people of Ocean County and the other county he represents in Burlington, but also in the expertise that he brings in the area of financial issues,” Smith told a ballroom full of supporters.

Ocean County Republican Committee Chairman George Gilmore praised Smith for giving the “first of many speeches to be made tonight.”

Joe Vicari, Republican incumbent on the Ocean County Board of Freeholders, also declared victory over his Democratic opponent Tim Ryan.

“I believe Tim Ryan owes the people of Ocean County an apology,” Vicari, who faced grueling attacks from the Democrat throughout the campaign, demanded. “This is not North Korea. We’re not communists.” 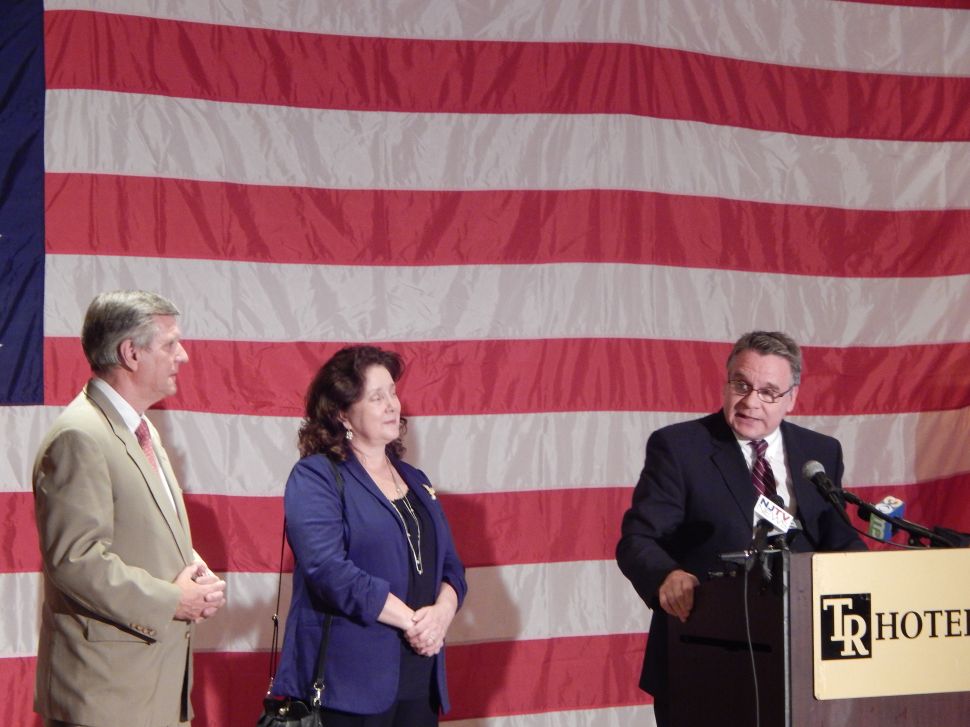