Just how disappointing for Democrats was Domenic Recchia Jr.’s loss?

The ex-city councilman, who failed to unseat Republican Congressman Michael Grimm last week, won fewer votes than a long-shot, under-funded Democrat from Brooklyn who ran for the seat in 2006, Steve Harrison, an Observer analysis of election returns showed.

Mr. Harrison was up against Vito Fossella, a popular Republican who held a significant fund-raising and name recognition edge and did not suffer from the taint of an indictment. Mr. Fossella was then a powerful figure in the Republican establishment, regarded as a young rising star in his party.

Mr. Grimm, indicted on tax evasion charges in April, could never keep pace with Mr. Recchia’s fund-raising and was shunned by national Republicans. About $2 million, including outside spending and his own campaign cash, was unleashed on Mr. Grimm’s behalf in the election cycle, compared to Mr. Recchia’s roughly $6 million.

The Democratic Congressional Campaign Committee heavily invested in Mr. Recchia, bankrolling a barrage of television advertisements to boost the Brooklynite and blast Mr. Grimm. The DCCC boasted of an “unprecedented field operation” to support Mr. Recchia and privately celebrated his ability to raise money in a way previous Democrats who have run for the Staten Island and Brooklyn-based district could not.

The once influential councilman could never compete with the telegenic Mr. Grimm on the stump. The Republican successfully rallied conservatives in the district by tying Mr. Recchia to Mayor Bill de Blasio and President Barack Obama, two liberals unpopular with the midterm electorate.

Mr. Harrison railed against Mr. Fossella’s support for the Iraq War, never gaining much traction in a district where he was not well known. He was running in a more favorable environment for Democrats nationwide–2006 was the sixth year of Republican President Bush’s term, a time when the party opposed to the president often gains seats in Congress, and Democrats were able to take the majority in the House and Senate.

The opposite happened in 2014. President Obama’s unpopularity was a drag on Democrats as Republican seized the majority in the Senate and cemented their hold on the House for years to come.

After vanquishing Mr. Harrison, Mr. Fossella would not seek re-election in 2008 after he was caught driving drunk Virginia and was forced to disclose he had fathered child with a lover while married. Mr. Grimm will be tried in February and could resign if found guilty.

When Mr. Fossella stepped aside, Democrat Michael McMahon won the seat in 2008. Democrats are hopeful another open election could put the district back in their column.

One Democrat being floated as a potential contender is none other than Mr. McMahon. 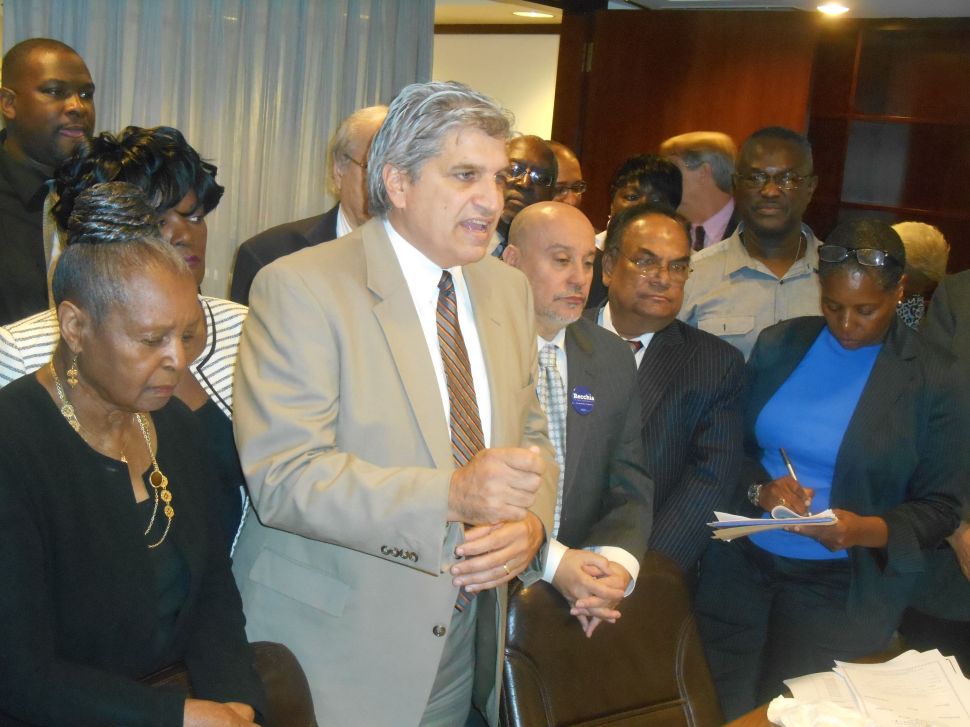