Willliam F. Ruprecht, who stepped in to helm Sotheby’s auction house 14 years ago when it’s top management was forced to resign amidst a Justice Department investigation of price-fixing, is leaving the company.

The auction house, in a statement to the New York Times, said it was through mutual agreement. [The auctioneer later released a public announcement that it was conducting a search for a new chief executive.]

But the top executive has been under scrutiny, and under pressure to perform, since a costly proxy fight in May added hedge funder Daniel Loeb and two of his supporters to the board of the company. Loeb had publicly criticized Ruprecht.

In the most recent fall auction season, Sotheby’s had its highest single total yet for a night of sales: $422 million for its Nov. 4 Impressionist and Modern paintings auction. But rival Christie’s raised far more during the two-week sales season, and Sotheby’s also extended many costly guarantees to sellers. (In a standard guarantee arrangement, the auction house pays the seller a minimum amount regardless of whether there is any bidding.) Not all Sotheby’s guaranteed lots fared well, spurring a spate of finger-pointing within the firm on who was to blame.

In addition, in the company’s most recent third quarter, although sales were up from the year-earlier period, commissions fell sharply. Its shares stand at $39.23 on the New York Stock Exchange, down 0.18% on the day.

According to the announcement, “Mr. Ruprecht became a Director and President and CEO of Sotheby’s in 2000 and was elected Chairman of the Board in 2012… He joined the Company in 1980.”

Mr. Ruprecht’s departure had been rumored ever since he took a far smaller role than usual in the firm’s conference call with analysts earlier this month.

Recruiting firm Spencer Stuart has been hired for the search. 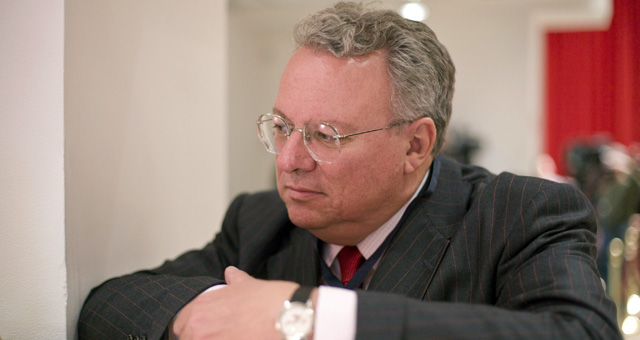