BERGEN COUNTY – During the recently-concluded Bergen County Executive’s race, Republican incumbent Kathleen Donovan kept repeating her South Bergen mantra when assessing her strength in an area that traditionally tends to trend Democratic. Donovan, who raised in Lyndhurst, educated at a North Arlington high school and who resides in Rutherford, felt confident her South Bergen home base would rally in her favor against Democratic challenger Jim Tedesco.

But a look at unofficial election numbers in state Legislative District 36, which includes South Bergen, tells a very different story, one that helps to explain Tedesco’s 53 percent to 46 percent victory over Donovan.

Tedesco won the Bergen municipalities in LD 36 by 4,000 votes, a 57 percent to 43 percent margin, a particularly decisive victory considering that Donovan’s name has been on the ballot in her part of Bergen for close to three decades. Tedesco triumphed in all three South Bergen municipalities that have personal connections to Donovan, winning Lyndhurst, North Arlington and Rutherford by 53 percent, 53 percent and 54 percent, respectively.

Several factors contributed to Tedesco’s sweeping victory in South Bergen. Tedesco did not concede the area to Donovan and campaigned extensively in South Bergen, often with local state Sen. Paul Sarlo (D-36) by his side. Sarlo also raised significant campaign funds for Tedesco in the campaign’s last weeks, as well as doing robo-calls and a mailing for Tedesco in the campaign’s last week. The appearance of the victorious U.S. Sen. Cory Booker (D-NJ), who grew up in Bergen County and gave both stump time and campaign funds to Tedesco, at the top of the 2014 ticket also helped.

Tedesco, a volunteer firefighter in his native Paramus, used his public safety background to appeal to South Bergen’s working-class ethos. His support of local law enforcement, particularly in context of his support for the merger of the Bergen County Police with the county’s Sheriff’s Office, paid off in another critical way. Members of the sheriff’s office were in evidence at many campaign debates and rallies. PolitickerNJ also witnessed sheriff’s officers and other law enforcement personnel in a more important volunteer role in South Bergen on Election Day: manning the phones and getting the vote out from the Lyndhurst campaign office of U.S. Rep. Bill Pascrell (D-9), who also strongly supported Tedesco.

Pascrell was on the ticket in South Bergen, after all.

Ben Dworkin, professor of political science and director of the Rebovich Institute for New Jersey Politics at Rider University, called Tedesco’s win “the biggest upset in New Jersey on election night” and noted that a unique Bergen scenario played a key role in Donovan’s defeat.

“I think [the Bergen County executive’s race] was driven by a lot of local issues, and that’s why Bergen County seemed to buck the national Republican wave,” Dworkin said. “It wasn’t about President Obama in Bergen County. It was about Kathe Donovan.” 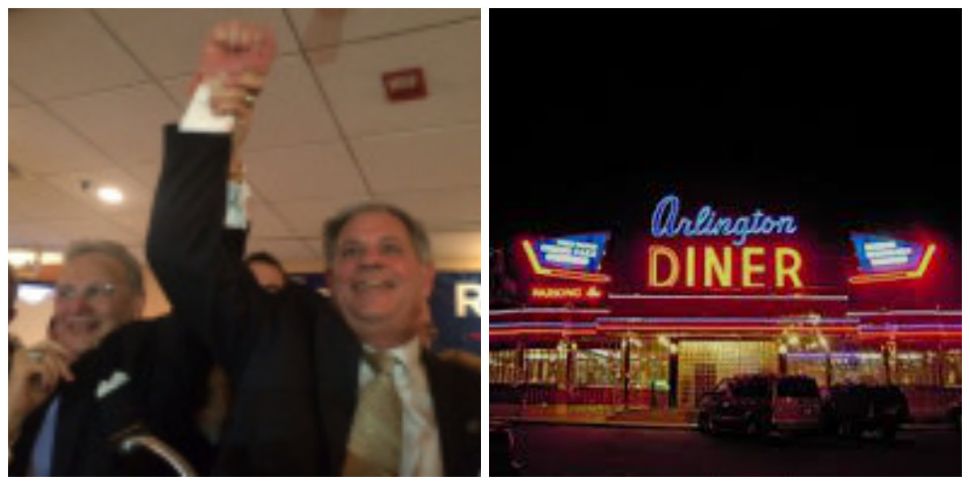