NEWARK – Although she could face a primary challenge in 2015, state Assemblywoman L. Grace Spencer (D-29) indicated that she planned to stay the course, no matter what.

“Since I’ve been in the Assembly, I’ve always voted on measures that have been for the benefit of the people of Newark,” said Spencer, 46, of Newark, who has served in the Assembly since 2008, citing educational initiatives among other work. “I’ve been in a Legislature for a while, and I think I’ve done a great job for the people in my district.”

Sources have told PolitickerNJ that increased fundraising efforts by Newark Mayor Ras Baraka and his allies indicate that a primary fight might be looming in LD 29 against Eliana Pintor Marin and Spencer. The Democratic LD 29 assemblywomen would reportedly be challenged by Alturrick Kenney and Patrick Council, sources stated.

Spencer indicated that she’s ready to jump into a primary battle next year if need be.

“A challenge could come from anywhere. Challenges happen,” Spencer, who works an attorney for Essex County, said. “I’m ready to run. I’m going to seek re-election, and I’m going to do it with Eliana Pintor Marin.” 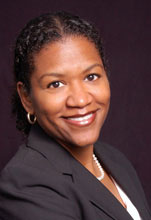