Broadway’s ever-rising ticket prices are taking a surprising dip. Since late May, when the 2014-2015 theater season officially began, the average ticket is off 48 cents, to $103.40, according to figures from the Broadway League, a trade association. The decline is tiny but it’s the first drop in the season’s opening five months in more than a decade. If the trend lasts, and there are reasons to believe it will, 2014-15 would be the first season in at least three decades to end with a lower average ticket price.

Why? Prices for some long-running shows have softened. While The Book of Mormon sports the priciest seats on Broadway, an average of $185 per person so far this season, that’s down from $198 a year earlier. Its overall gross is off 6 percent. (With “dynamic pricing,” producers and theater owners adjust ticket prices in response to demand, so sales of even sold-out shows fluctuate.) Veterans The Phantom of the Opera and Mamma Mia! likewise saw moderate drops, as did far younger entries Kinky Boots, Matilda and Motown the Musical. Pippin, with an average ticket price last week of $81.32, and Once ($83.74) fell further. Both close on Jan. 4.

Merritt Baer, the chief executive of TodayTix, a mobile app for last-minute theater tickets, says there’s been a backlash against high prices, particularly because of pricey star vehicles that fall short of expectations. “When the production fails to live up to the hype, audiences are wary of spending premium prices in the future,” he said.

It’s only logical that high prices heighten expectations. The best seats for Mormon are as much as $485.50 on Telecharge.com. Prime pairs for Cabaret or It’s Only a Play, the Nathan Lane-Matthew Broderick comedy, go for $700.  (Yes, Mormon sells $32 “lottery” tickets for each performance and The River offers a few $35 tickets at the Circle in the Square box office most days, but these offers are the rare exception.)

If/Then, Side Show (which isn’t officially open until Monday, Nov. 17) and Love Letters, now with Alan Alda and Candice Bergen, are among the shows with the lowest average ticket price. And they face more pressure to discount as star vehicles open.

The priciest theater seats include those for The River with Hugh Jackman, A Delicate Balance with Glenn Close and John Lithgow, and The Elephant Man with Bradley Cooper.  After just four previews, The Elephant Man unseated The River last week as the dearest drama, at $163.45.

In coming months, some star-driven plays will continue to put upward pressure on the average, especially when Larry David and Helen Mirren begin previews in their respective shows in February. But countervailing forces include The Last Ship, which has struggled despite wonderful songs by Sting, and Honeymoon in Vegas, a delight at the Paper Mill Playhouse in 2013 that may take time gaining traction on Broadway, given the stiff competition. 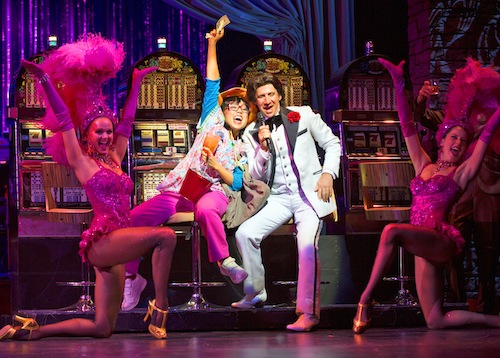