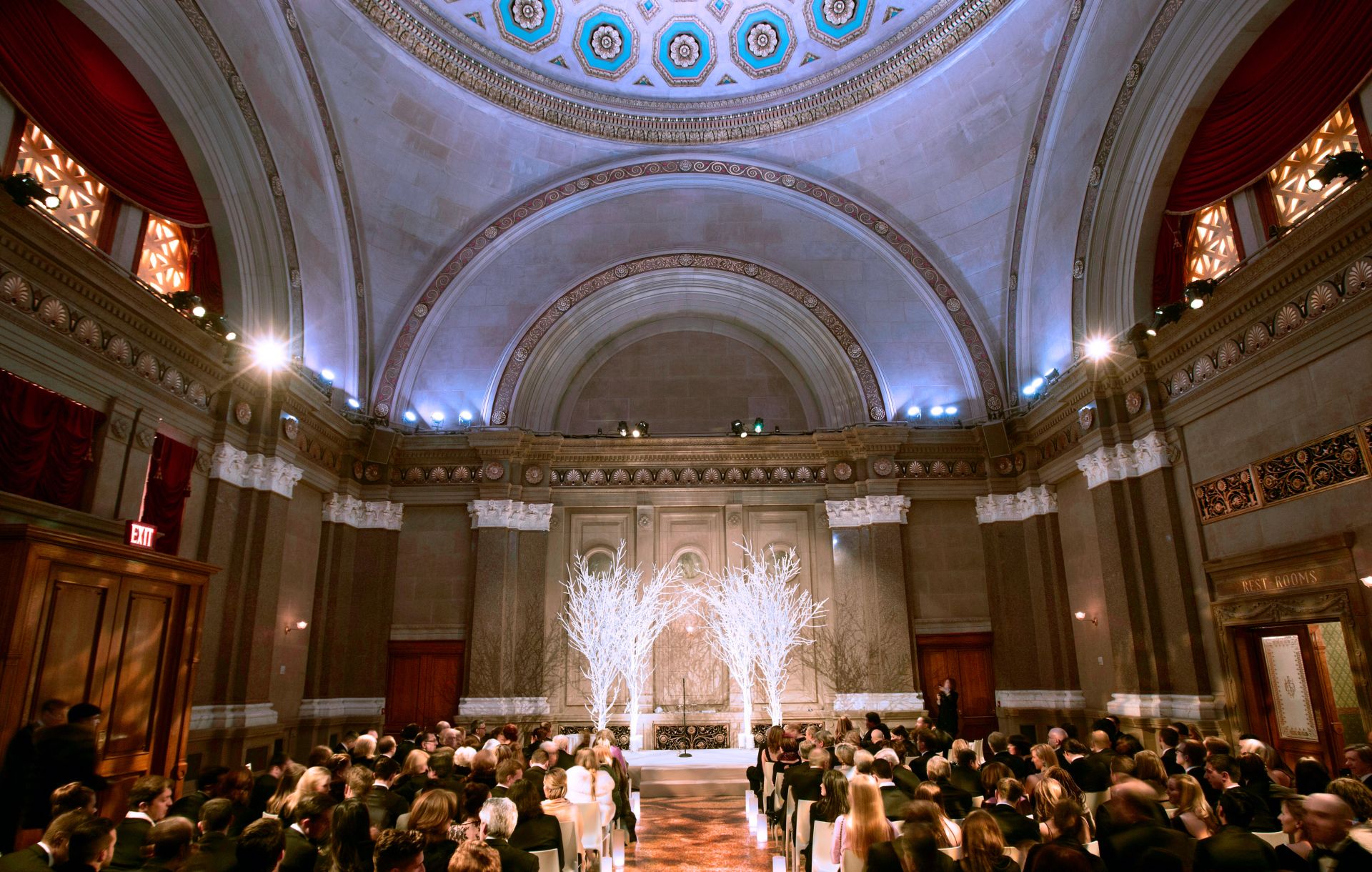 The grand spaces have been given life through new uses and purposes important to the diverse local community, including concerts, art exhibitions, and social events. (Photo: Dario Costa)
larikoglu 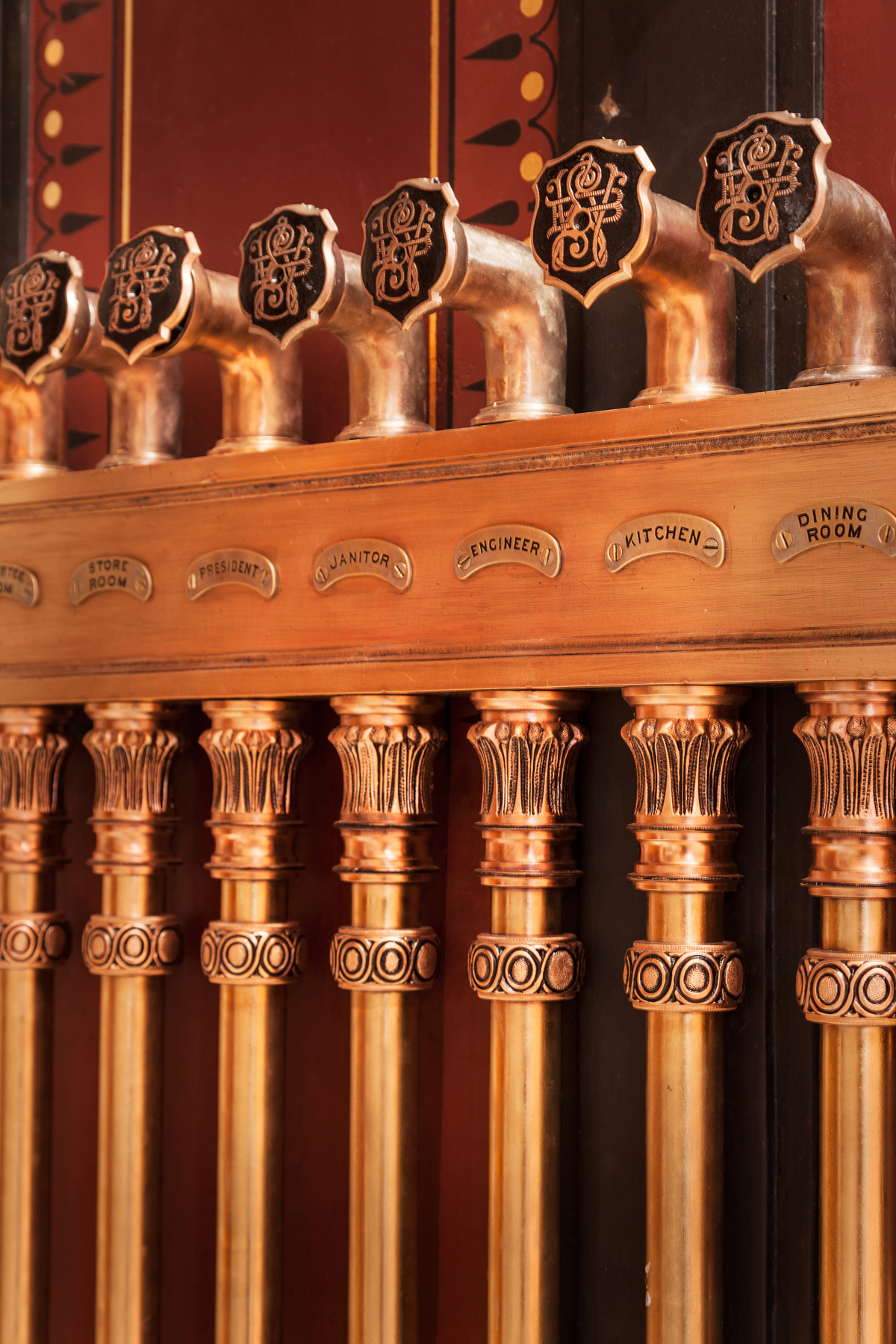 Technological innovations and features such as the 1875 intercom voice tubes (shown here), the original bank vault, and the distinctive early elevator (recertified and one of only three “cage type” still operational in New York City) were retained, cleaned, and conserved. (Photo credit: Durston Saylor)
larikoglu 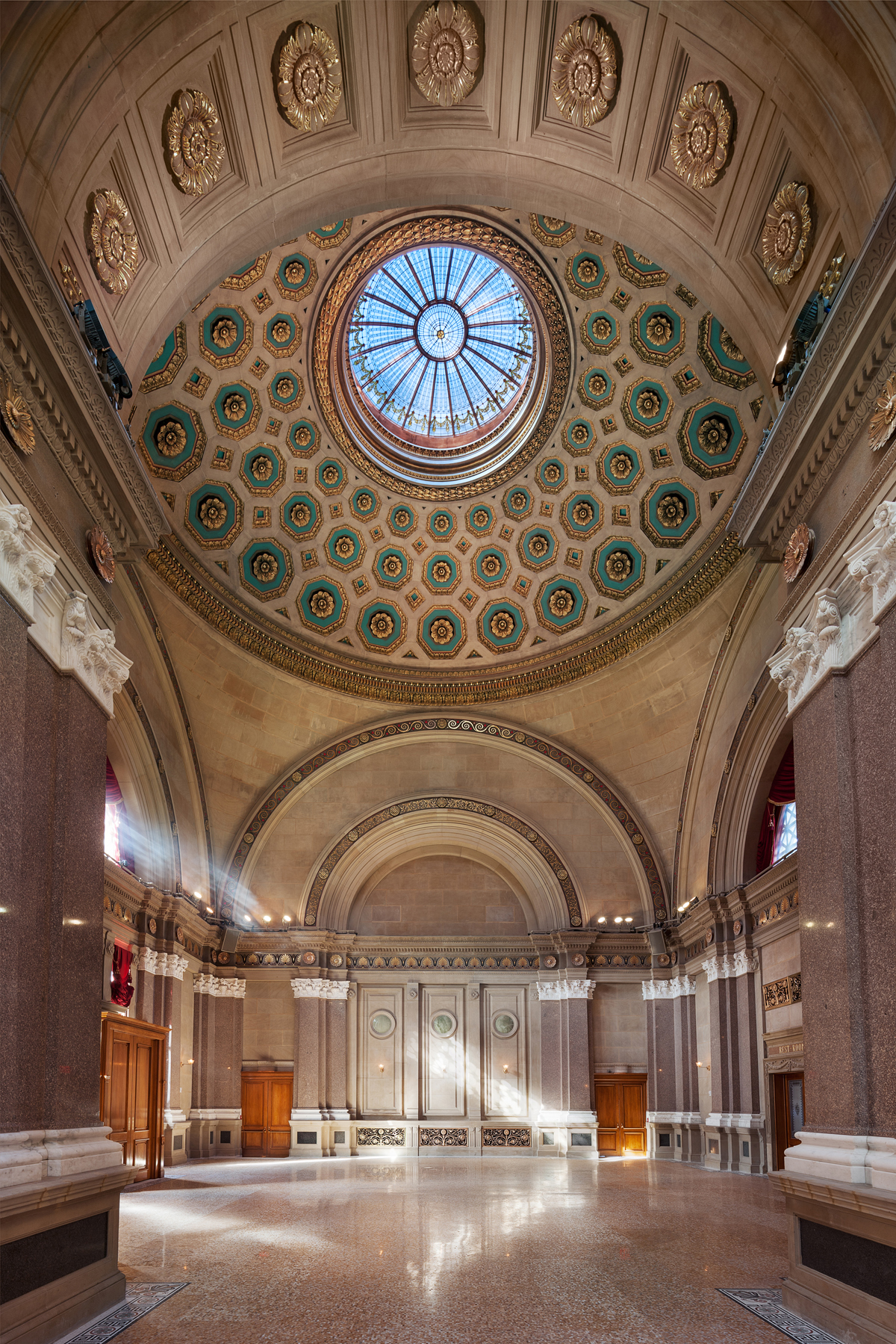 The classical coffered ceiling of the 1906 Banking Hall was restored with its gilt acanthus highlights. The original leaded glass oculus was discovered in the cellar, restored, and reinstalled to again admit daylight into the monumental space. Modern white paint was removed from the limestone walls, the tile flooring was meticulously recreated, and all details were carefully cleaned and conserved. (Photo credit: Durston Saylor)
larikoglu 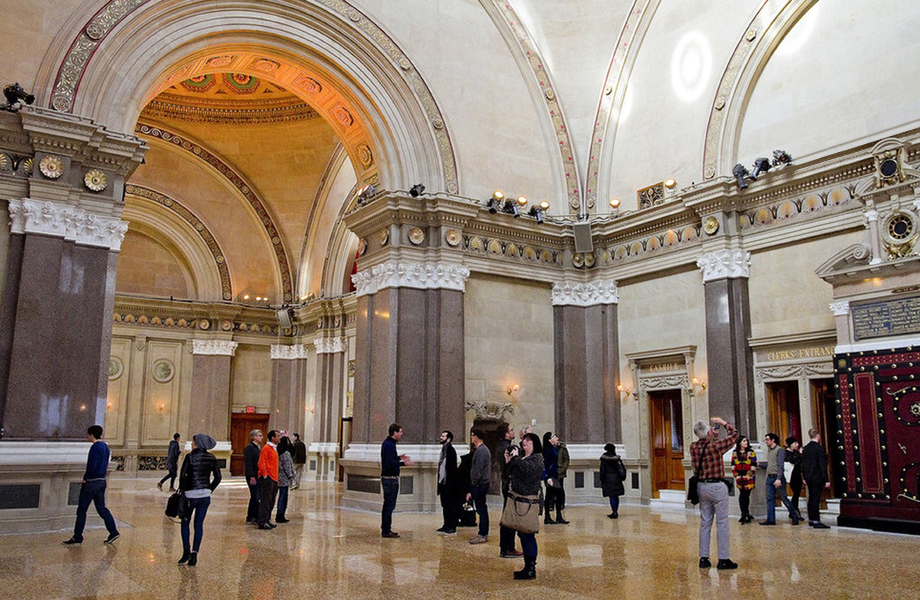 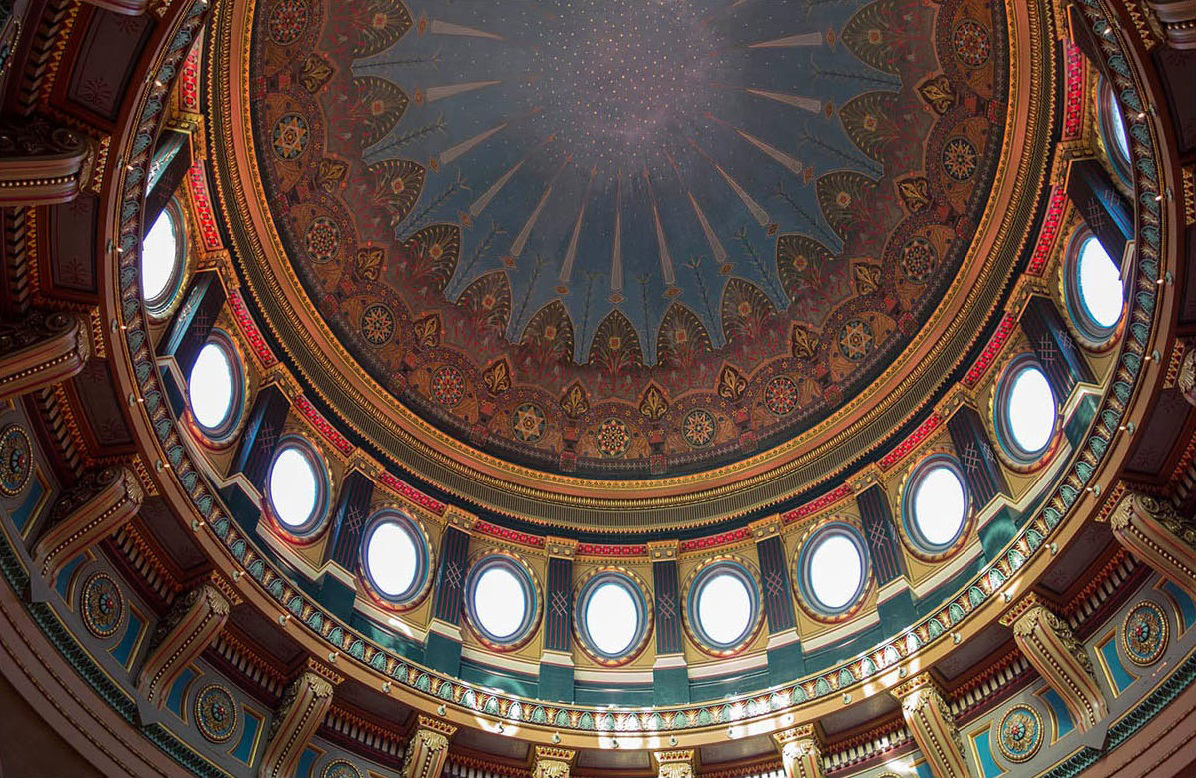 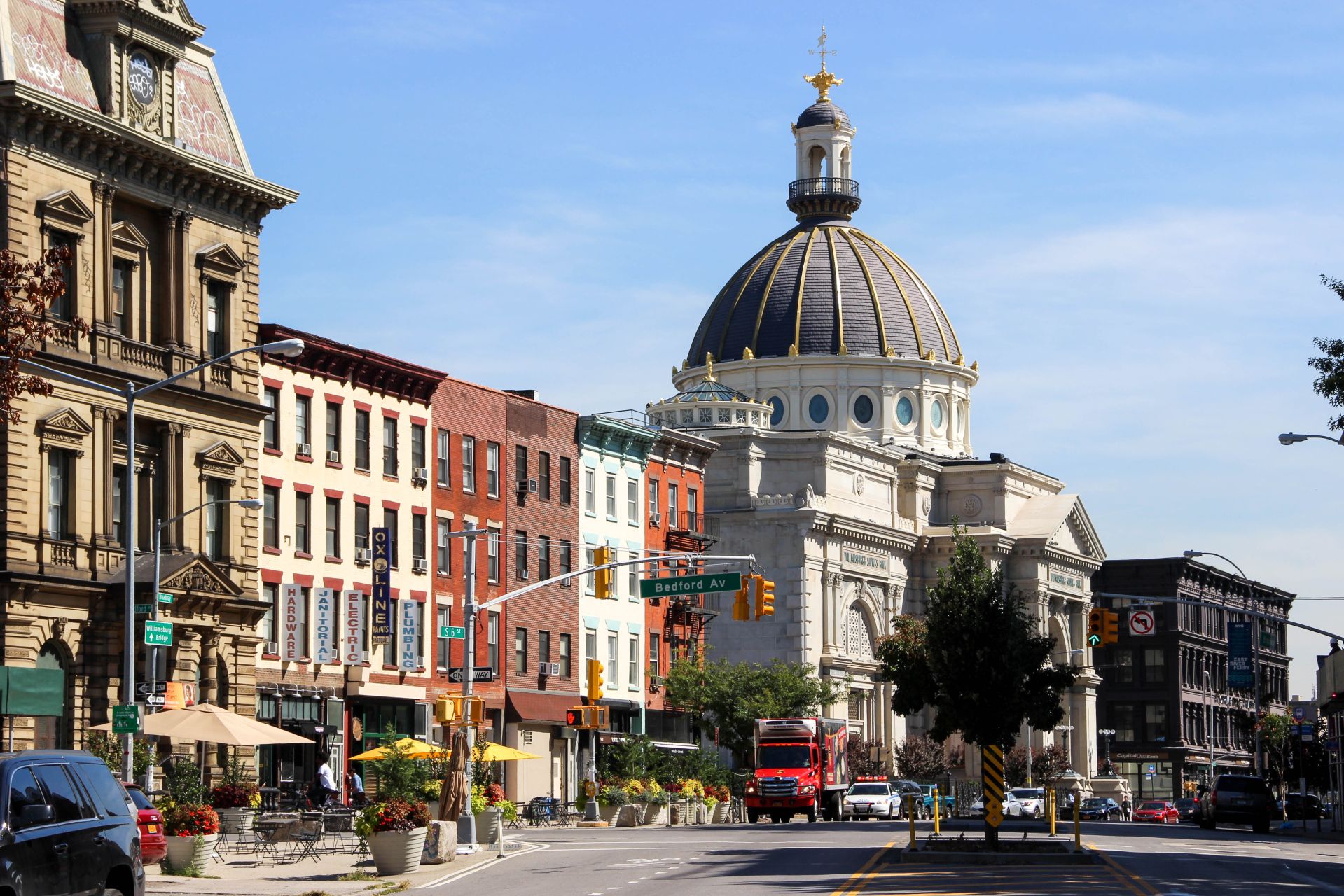 After HSBC moved out of the building and other miscellaneous uses lapsed, the structure fell into disrepair and dilapidation. Years of deferred maintenance discouraged potential owners from assuming responsibility for the Landmarked structure and its designated interior. (Photo credit: Carlos Perez San Martin)
larikoglu 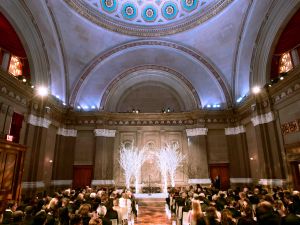 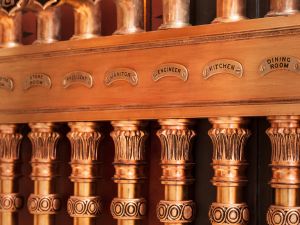 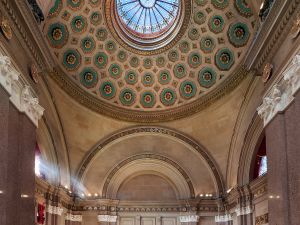 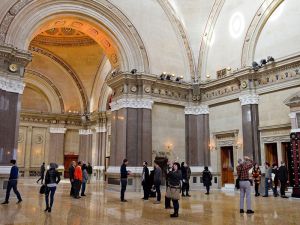 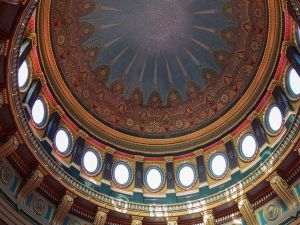 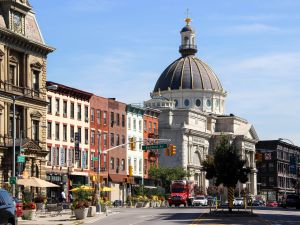 Transformation of a historic symbol is a hefty feat to undertake, yet the $24 million and three-year restoration project of the Williamsburgh Savings Bank in Brooklyn has successfully moved the iconic and architecturally revolutionary building into a new era. And now, as recognition of the renovation, the project is this year’s recipient of the Tony Goldman Preservation Award, named by the National Trust for Historic Preservation.

Presented at the National Trust’s annual conference in Savannah, Ga. on Thursday, the award comes among a competitive and nationwide list of nominated projects, according to Robin Scullin, director of public affairs for the National Trust for Historic Preservation.

The bank, which was completed in 1875 by George B. Post and Peter B. Wight, has been regarded as “one of the most monumental spaces surviving in New York from the Post-Civil War era” by the New York Landmarks Preservation Commission. Its ornate exterior and interior, seeped in meticulous design, has landed the building a catalogue of recognitions over the years: designation as a New York City Landmark—both the exterior and interior—in 1966 and 1996, and placement among the National Register of Historic Places in 1980.

Ms. Scullin, who labels the bank as the neighborhood’s “dominant icon,” says that the edifice had a fundamental role in shaping architectural designs and concepts throughout the country with its Beaux-Arts style.

Yet after its near 140-year lifespan as a functioning bank, the site fell into disrepair, succumbing to years of neglect. That was until the bank’s new owner, who purchased the property in 2010, undertook a rigorous restoration that was funded both privately and through state and federal historic tax credits.

The renovations “transformed a vacant and derelict 140-year-old bank into a vibrant cultural event and exhibition venue using 100 percent of the extant structure and all salvageable features,” Ms. Scullin told the Observer. Nowadays, the bank hosts weddings, parties and various corporate events, and serves, too, as the backdrop for photo-shoots and films.

It’s hoped the building’s revitalization will inspire the community as a whole. “Proud of and empowered by their role in rescuing the Williamsburgh Savings Bank for future generations, the community has since invested in additional historical revitalization efforts around the project site,” said Ms. Scullin, “including the approval of new sidewalks and period streetlights along this section of Broadway and the proposed preservation of an adjacent historic property.”

Describing the former bank as “once vacant and decrepit,” deputy Brooklyn borough president Diana Reyna stated in a testimonial that she has “no doubt that the Williamsburgh Savings Bank’s preservation will continue activating the conservation of local historic sites.”